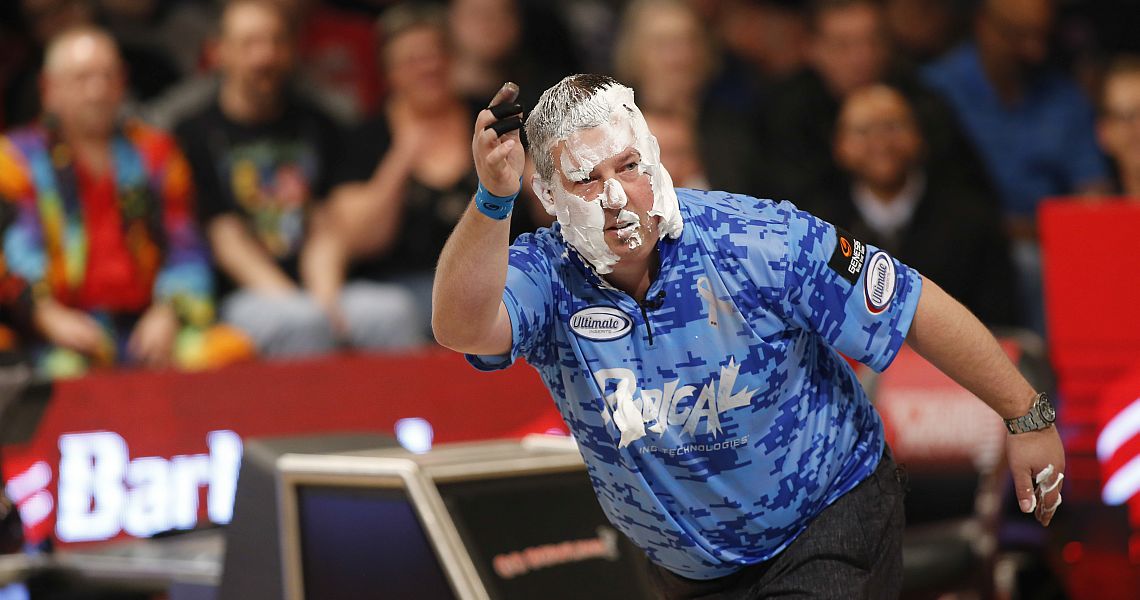 02 March, 2018
Spare Shots
5359
Ads
Upon further review, Tom Smallwood‘s final shot in winning the Barbasol PBA Players Championship at Wayne Webb’s Columbus Bowl Sunday was officially recorded as a “zero” due to a foreign substance (shaving cream) on his ball.

After throwing two strikes in the 10th frame to lock up his victory over Jason Belmonte, Smallwood was given a “Barbasol facial” by fellow Brunswick staffer Jon Van Hees before he had a chance to throw his final shot.

Smallwood (pictured above) then delivered his fill ball (leaving the 2-8) which initially gave him a winning total of 267. But when tournament director Kirk von Krueger noticed some of the shaving cream had landed on the ball, Smallwood’s final shot was disqualified and the final score of the match became 259-239. 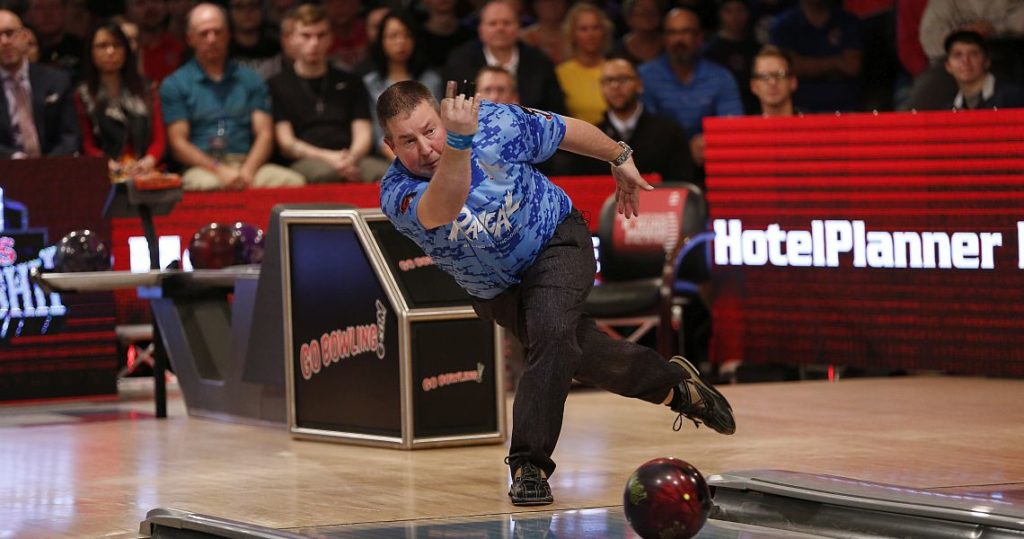 Speaking of Tom Smallwood (above), his win in Columbus, Ohio, helped him move into contention for a berth in the 2018 PBA Tour Finals which will take place May 4-6 at Thunderbowl Lanes in Allen Park, Mich.

The PBA Tour Finals, which will be televised by CBS Sports Network as part of the 2018 Go Bowling! PBA Tour schedule, will include the top eight players in combined PBA Tour/World Bowling Tour earnings from 2016 through the Port Property Management PBA Xtra Frame Maine Shootout, which will take place April 17-18 at Bayside Bowl in Portland, Maine.

With a $30,000 first prize at stake in the USBC Masters, the 2018 season’s third major championship, and $10,000 to the winner in Maine, a handful of other players – led by Smallwood – have a chance to break into the elite eight field.

And speaking of the Port Property Management PBA Xtra Frame Maine Shootout, the capacity field of 64 players is on the brink of being filled. The singles tournament that leads into the PBA League competition at Bayside Bowl in Portland, Maine, April 20-22, had fewer than 10 spots available as of today.

Players ranked among the top 75 on the PBA Tour’s 2017 aggregate earnings list have first priority to enter by the Monday, March 5, deadline (if the field isn’t filled prior to Monday).

Match play elimination round one on Tuesday will involve four sessions with 16 players with 32 winners advancing to round two later in the day. The 16 survivors from round two will continue the best-of-three-game competition on Wednesday until the field is reduced to two players who will bowl for the championship at 7:30 p.m. EST.

The entire Maine Shootout will be live streamed on Xtra Frame, PBA’s subscription-based online bowling channel. To sign up for a subscription, click here.

The PBA Xtra Frame Lubbock Sports Open, presented by Ebonite, will return to the PBA Tour’s schedule of Xtra Frame tournaments in 2018.

The Lubbock event, scheduled for the June 8-10 weekend at South Plains Lanes in Lubbock, Texas, brings the series of tournaments covered exclusively by Xtra Frame to eight. Marshall Kent of Yakima, Wash., is the defending champion in Lubbock. 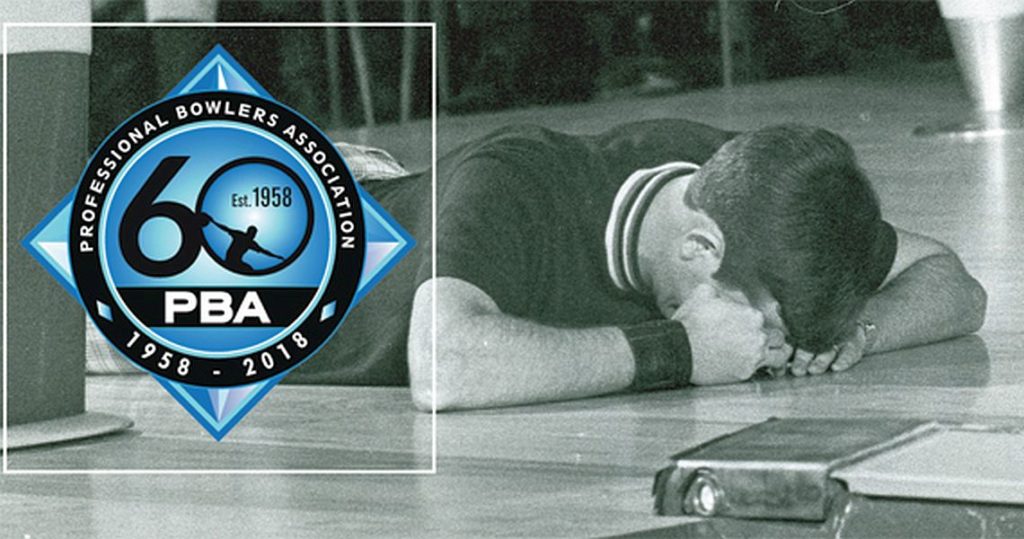 The countdown continues. While the PBA has revealed its top 10 moments on a list of the 60 most memorable moments in history as part of the PBA 60th Anniversary Celebration Season, there are still 49 additional moments to unveil…and the unveiling has begun.

If you missed one, each week’s five new “moments” will be recapped in PBA Spare Shots in the ensuing week until the entire list of 60 memorable moments is complete.