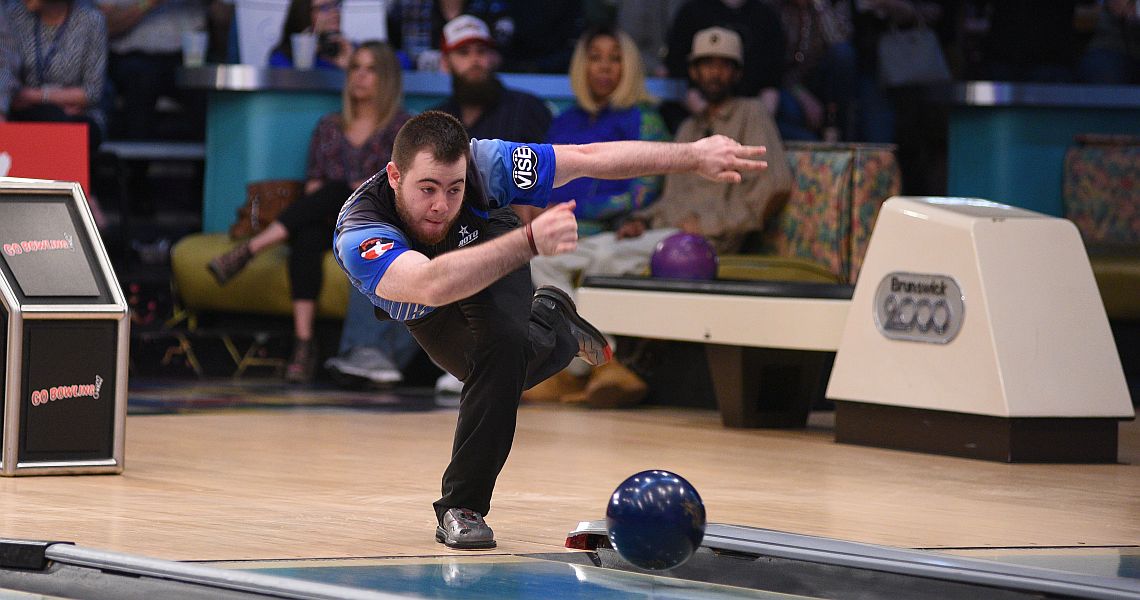 Did Anthony Simonsen unveil the next evolution of bowling techniques?

In doing so, Simonsen may have introduced the next evolutionary advancement in bowling technique.


In researching the use of a “backup ball” in a PBA title match, the PBA found the closest a “backup ball” player came to winning a PBA Tour title was the late Ernie Hoesterey of New Bedford, Mass., who finished seventh in the 1965 Boston Open. More on Hoesterey later… 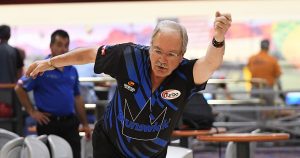 If PBA Hall of Famer Johnny Petraglia (left) is correct, the ability of two-handed players to compete from either side of the lane could revolutionize the sport. And Petraglia, who has seen it all in his 53-year PBA career, believes this is the next-gen.

“We’ve got juniors doing that right now. One of them, Matt Stephens, is a high school state record-holder,” the 71-year-old New Jersey left-hander said. “Ironically, he learned to bowl as a backup ball player and then he learned the other way. I don’t know what his future holds, but if he figures it out, the game changes completely.”

Petraglia, one of the most astute observers of bowling history among today’s active competitors, noted that the governing bodies of bowling long ago adopted rules that forbid players from changing delivery hands during competition. That is, a right-handed player isn’t allowed to shoot at a spare with a left-handed delivery, nor can he change delivery hands in the middle of competition.

“But that kinda goes by the board (with two-handers),” he said. “We have a guy around here who can bowl with either hand. He who looks like a mirror (image of himself); it’s not just which arm but his whole body. But now you can bowl with both hands on either side of the lane? I don’t know what happens after that.

“That said, I don’t think any rules should be passed to stop two-handers,” Petraglia said. “If you grew up, like Jason Belmonte, throwing the ball with two hands from the time you were three years old, and you get to be 30 and they tell you you can’t play like that? That’s unfair. I don’t think you should ban it, but it is a problem.”

Back to Ernie Hoesterey, who died in 1991. He was a right-hander who threw a reverse hook/backup ball his entire life. He co-owned Country Club Lanes in Fairhaven, Mass., as well as a company that manufactured precision surgical scissors. He bowled PBA Tour events primarily in New England, where he was an active New England Bowling Association competitor, winning four NEBA titles and earning induction into the NEBA Hall of Fame. 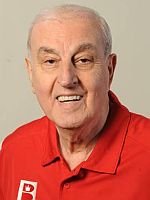 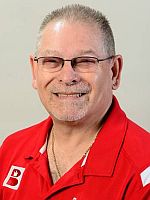 “You could only do that (throw a ‘backup ball’) if your arm went that way,” said PBA Hall of Famer Wayne Webb (left), who grew up in the area and knew Hoesterey well. “I saw him bowl all over the place; he was really good at it.”

Simonsen, like thousands of bowlers before him, began to tinker with the reverse hook as a way to get a better angle to try to convert the 2-8-10 split. He also observed a favorable ball path when he did that, so he expanded his experimentation in a couple of PBA Regional tournaments prior to Middletown, and liked what he saw.

A lot of other bowlers have thrown “backup balls” here-and-there, but no one had ever tried the technique for an game and won a PBA title in the process.

In the XF Gene Carter’s Pro Shop Classic, Simonsen decided to try the reverse hook with two games to go in match play, and shot 245 and 268 in his final two matches to jump from fourth to first.

Even though the stepladder finals were bowled on a freshly-oiled pair of lanes, Simonsen decided to stick with his left side, reverse hook delivery and it paid off as he defeated Matt Sanders of Indianapolis, 216-194, for his fourth PBA Tour title.

It probably won’t be the last time we’ll see the reverse hook used in PBA competition.

PBA Xtra Frame on FloBowling will have a unique opportunity to showcase its new multi-stream system this weekend when it covers every player in every game of the PBA Xtra Frame Kenn-Feld Classic from Pla-Mor Lanes in Coldwater, Ohio, this weekend.

Because Pla-Mor is a 16-lane center, FloBowling will be able to stream live coverage on all eight pairs of lanes including a designated “FloZone” pair that will provide live commentary by the Xtra Frame announcing team.

The other pairs will provide video coverage with scoring. The banner at the bottom of the screen will provide links to the available pairs of lanes being streamed so viewers can select the lanes they want to watch.

The 96-player field will be divided into three qualifying squads on Saturday. To find out which squad any given player is assigned to, click here.

A pair of PBA Regional events also have been added to the PBA Xtra Frame on FloBowling schedule: the Grand Hotel Casino and Resort Southwest Open from Shawnee, Okla., Sept. 8-9, and the Double Decker West/Northwest Open presented by Roto Grip from Double Decker Lanes in Rohnert Park, Calif., Sept. 29-30.

Lakota, who earned $1,400 along with his title, defeated Mike Schlabach of Goshen, Ind., 202-189 and Martell, a non-PBA member, rolled past Kevin Kullman of Lockport, 204-160, in the semifinal round to set up the championship match. PBA Challenge events are open to players who have never won a PBA title.

In a battle of collegiate bowlers, Tyler Lewis from Ponchatoula, La., edged fellow Louisianian Jacob Dupre from Baton Rouge by one pin to claim victory in the PBA Emerald Bowl Southwest Challenge presented by Bowling Dynamix and Track in Houston, Texas, Sunday.

Lewis, a student at Southeastern Louisiana, trailed Dupre by 87 pins going into the final position round match. Dupre, a student at LSU, struggled to find the pocket through most of the final game as Lewis kept increasing his lead. Lewis threw three strikes to end his game, forcing Dupre to strike to win the event, but a solid 10 pin on his first shot allowed Lewis to win the game, 222-164, and with the 30 bonus pins, claim the $2,000 first prize with 4,517 total pins. Because Lewis is not a PBA member, he doesn’t get credit for a PBA title.

Nikolas, who earned $2,000, defeated Craig Tuholski of Troutdale, Ore., by 114 pins for the win, but won’t receive credit for a title in either event because he isn’t a PBA member.