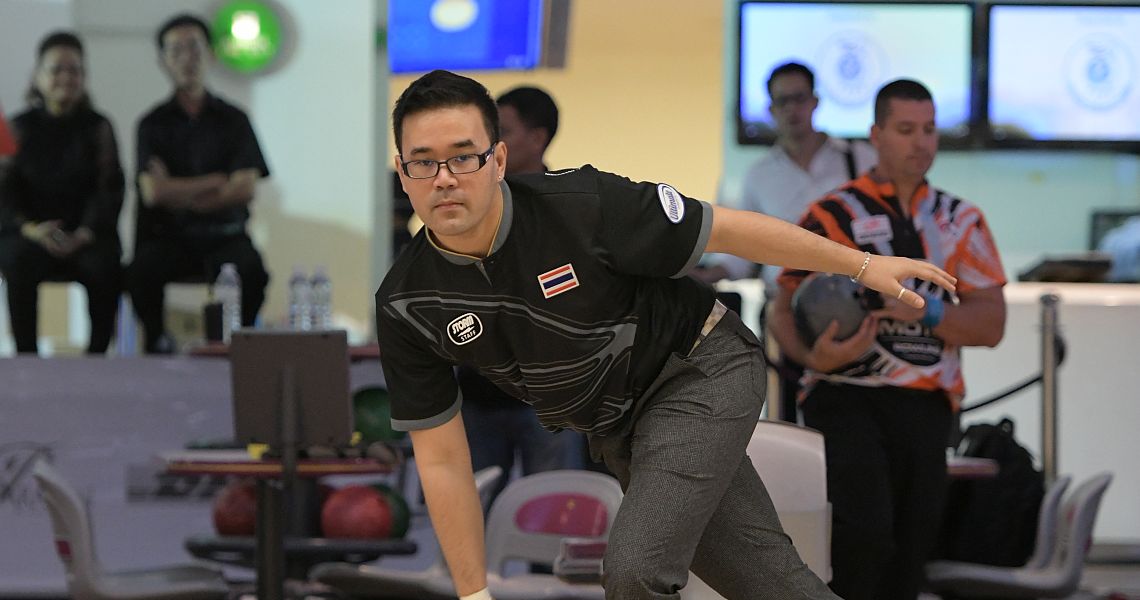 14 September, 2018
Spare Shots
2056
Ads
The next stop for PBA Tour players who are chasing the top eight places on the 2018 Go Bowling! PBA Tour earnings list for a berth in the end-of-season PBA Clash will be the PBA International-World Bowling Tour Thailand, Sept. 22-28, at Blu-O Rhythm & Bowl Paragon in Bangkok where the tournament’s US$32,250 first prize could play a significant role in the 2018 earnings race.

Round Four will decide the seven players who will join the highest-qualifying Thai player for the final round on Friday, Sept. 28, that will be a modified stepladder schedule.

The winner will earn a PBA Tour title if he/she is a PBA member and doesn’t accept handicap pins (like many WBT events, WBT Thailand offers women 8 handicap pins per game).

PBA fans can follow the Thailand tournament online through abf-online.org.

The WBT Thailand is also a World Bowling Tour points event. The top three men and top three women in WBT points for the 2018 season will compete in the World Bowling Tour Finals presented by the PBA which will be contested January 6 at the International Training and Research Center in Arlington, Texas, for airing on FS1 on Sunday, March 10, at 10 p.m. EST.

Next up: Xtra Frame on FloBowling visits North Carolina, California

All PBA Xtra Frame on FloBowling events are covered live from start to finish. Subscribers can enroll at FloBowling.com.

Patterson, who earned his sixth PBA Regional title, was able to string strikes while Hibbitts had trouble adjusting to the final pair’s conditions, topping him, 220-158, to claim the $4,000 winner’s check.

After 12 games of qualifying, both players had long roads to the final match. After qualifying 13th, Patterson started his road to victory by downing Houston PBA50 player David Scardaville, 2-0, in the best-of-three-game Round of 16; David Krol from Nixa, Mo., 2-1, in the Round of 12, and Tyler Albracht of Amarillo, Texas, 2-1 in the Round of 8. In the semifinal round, he eliminated newly-inducted PBA Southwest Hall of Famer Mark Scroggins of Canyon, Texas, 279-243.

Hibbitts, who had won two previous PBA Regionals at FireLake, qualified 14th and defeated Sean Lavery-Spahr from Pasadena, Texas, 2-1; Joe Findling from Mesquite, Texas, 2-0; Shawn Maldonado of Houston, 2-1, and Devin Bidwell of Wichita, Kan., 236-160, before Patterson ended his bid for another PBA title.

Lickliter kicked off the series by defeating Sam Ventura of Syracuse, N.Y., 214-207, in the final of the PBA60 Wilson & Sons event at Victory Lanes in Mooresville, N.C., on Sept. 1. Two days later, Stoney Baker came out striking with the front five to defeat PBA Hall of Famer and defending champion Tom Baker (no relation) of King, N.C., 258-220, in the PBA50 event, also at Victory Lanes in Mooresville. 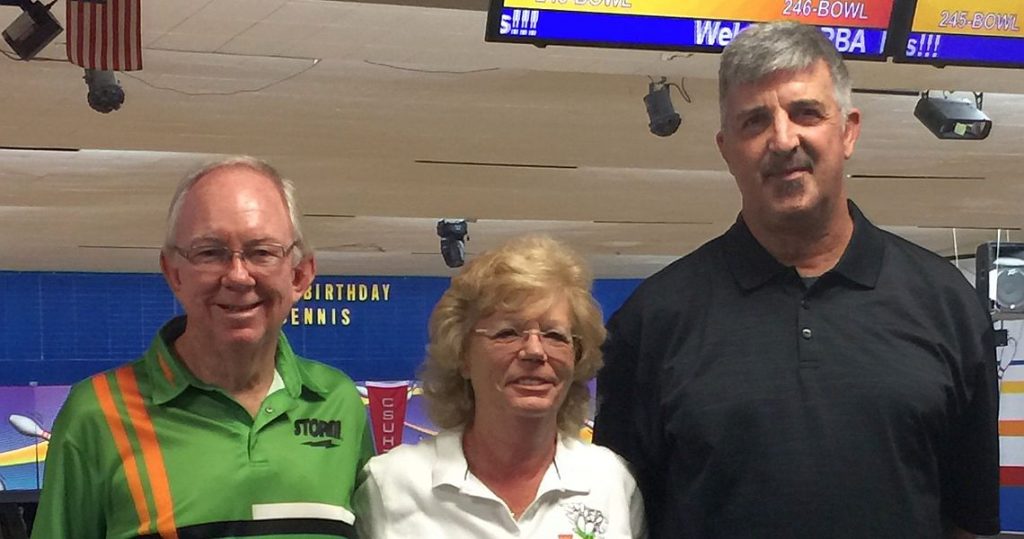 The South Region players then traveled to Tennessee where Peters (pictured left with hosts Dennis Lane and wife Beverly) was the top qualifier. A recent “super senior” after turning 60 on Dec. 27, Peters defeated no. 2 qualifier Sammy Ventura of Syracuse, N.Y., 259-181, to win the PBA60 title and $1,600 in Kingsport.

Curtis, who qualified in the fourth-and-final position for the four-man stepladder finals with a 17-game total of 4,199 pins – one pin ahead of PBA Hall of Famer Walter Ray Williams Jr. – disposed of Mike Coffey of Melbourne, Fla., in opening match, 268-245, and easily defeated Dick Allen of Columbia, S.C., 265-226, in the semifinal contest to advance to the championship match.

In the title match Curtis started with nine strikes to grab a healthy lead while Martin fumbled early. Despite a six-strike rally from the fourth frame to the 10th, it wasn’t enough to catch Curtis who earned $2,400 along with his title.

The win was Graham’s fourth in PBA Regional competition, but his first in PBA50 competition. He earned $1,500 for the win while LeClair, who rolled a 279 in the position round to move into second place, earned $900.

John Dudak of Orland Park, Ill., defeated Brian Menini of Brookfield, Mo., 254-163, to win the PBA50 Diamond Jo Casino Midwest Open at Cherry Lanes in Dubuque, Iowa, Sunday, for his first PBA title after competing in more than 200 events as a “senior” bowler.

PBA Regional events on the Sept. 14-16 weekend schedule include the Sturgis Central/Midwest Open at Sturgis Bowl in Sturgis, Mich., and the Liberal Kansas Southwest Open at Ayr Lanes.