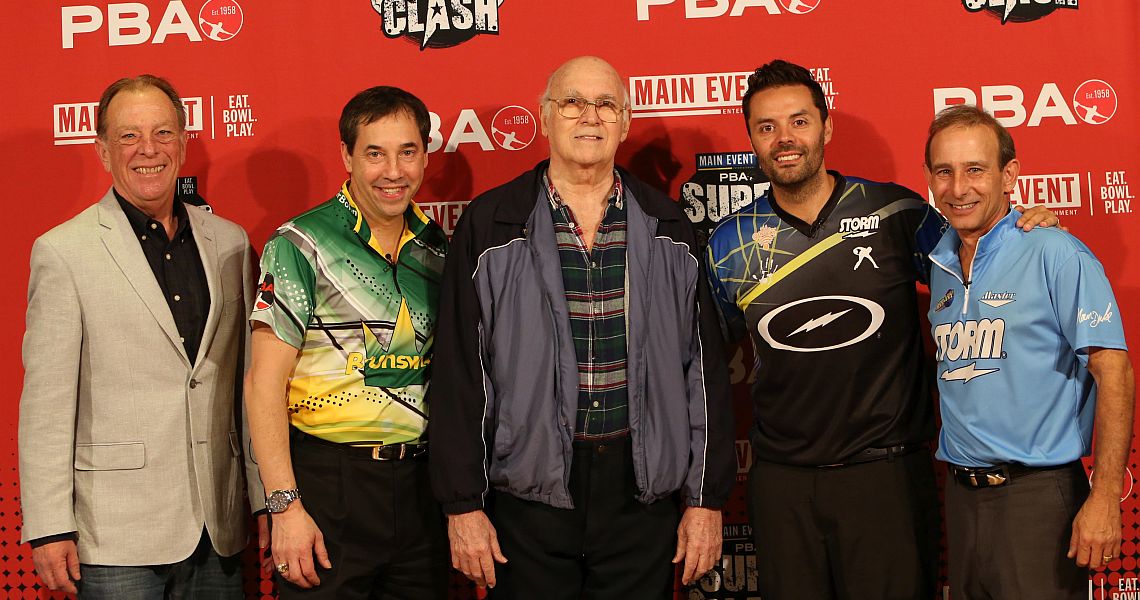 12 February, 2017
Spare Shots
9283
Ads
On April 1, 1967, the PBA’s post-tournament news release reported, “Jack Biondolillo socked the biggest 300 in the history of the game. His came before the American Broadcasting Company’s national colored television cameras for which he collected a cool ten thou ($10,000)…”

The first nationally-televised 300 game in PBA history – witnessed by a television audience of 25 million viewers according to PBA’s release – occurred during the Firestone PBA Tournament of Champions at Riviera Lanes in Akron, Ohio, during a first-game 300-216 win over Les Schissler.

As the 50th anniversary of his historic feat closes in, Biondolillo, a Houston native, attended the Main Event Terrell Owens PBA Super Clash on Super Bowl Sunday in Katy, Texas, where he posed with four other PBA members who also bowled nationally-televised 300 games.

Including Biondolillo’s historic 300, there have been a total of 26 nationally-televised perfect games in PBA competition.

World Bowling, the international governing body for tenpin bowling, has announced the 2017 schedule of World Bowling Tour tournaments that will also award PBA Tour titles to winners (if they are PBA members) and points to players toward the 2018 WBT Finals presented by the PBA.

Points also will be awarded to women bowlers. Women are eligible for PBA Tour titles if they bowl against the men and don’t accept handicap pins.

Tournaments included on the 2017 PBA International-WBT schedule include:

The World Bowling World Championships, set for Dec. 4-18 in Kuwait City, also is a WBT points event, but will not award a PBA title. For more information about World Bowling, click here.

The 2017 WBT Men’s and Women’s Finals presented by the PBA will be televised live on ESPN on Sunday, Feb. 26 following the finals of the USBC Masters.

The men’s finalists, based on 2016 WBT points, will include top qualifier Martin Larsen of Sweden, Anthony Simonsen of Austin, Texas, and Marshall Kent of Yakima, Wash. The women’s finalists will be Danielle McEwan of Stony Point, N.Y.; Colombia’s Anggie Ramirez, and Liz Johnson of Cheektowaga, N.Y. 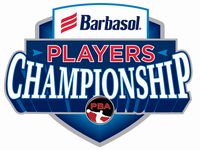 Following the live ESPN finals of the PBA Players Championship on Sunday, Feb. 12, at 1 p.m. ET, the PBA and Xtra Frame head to Shawnee, Okla., for live coverage of the PBA Hall of Fame induction ceremonies and 2016 PBA Awards presentations on Monday, Feb. 13, at 8 p.m. ET from the Grand Casino Hotel & Resort. 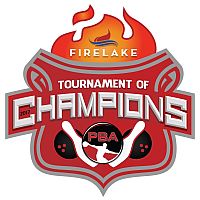 Xtra Frame coverage then moves to FireLake Bowling Center in Shawnee for the preliminary rounds of the FireLake PBA Tournament of Champions, Feb. 14-17. That week is concluded by the live ESPN finals of the TOC from FireLake Arena on Sunday, Feb. 19, at 1 p.m. ET. 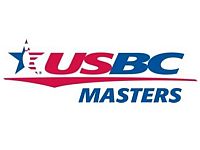 The USBC Masters finals, followed by the World Bowling Tour Men’s and Women’s Finals presented by the PBA will air live, back-to-back, on ESPN on Sunday, Feb. 26, beginning at 1 p.m. ET.

Clifford Jr. earned $2,300 for his win, but he doesn’t earn credit for a PBA title because he isn’t a PBA member. Byers pocketed $1,600 and became eligible to compete for a berth in the FireLake PBA Tournament of Champions Feb. 10-11 if he decides to do so.

Both Challenge events were open to players who have not won PBA titles.

Leading into the FireLake PBA Tournament of Champions, FireLake Bowling Center in Shawnee, Okla., will host the PBA Grand Casino Hotel & Resort Southwest Winter Open Feb. 10-12. The tournament, in addition to serving as a standard PBA Regional event, is also a qualifying event for the TOC, with at least 24 eligible PBA title-holders advancing to the TOC.

The PBA South Region will host the PBA50 Dave Edwards Toyota Spartanburg Open, presented by 900 Global, over the Feb. 17-19 weekend at Paradise Lanes in Spartanburg, S.C.

Just in time for the Mark Roth/Marshall Holman PBA Doubles Championship in Portland, Maine, the PBA Store (pba.com/store) is offering a new line of Mark Roth signature t-shirts and polos. The Roth/Holman doubles event will include a pro-am and qualifying rounds April 9-12, concluding with live ESPN stepladder finals on Sunday, April 16, at 1 p.m. ET.

« Jason Belmonte one win away from seventh PBA major title