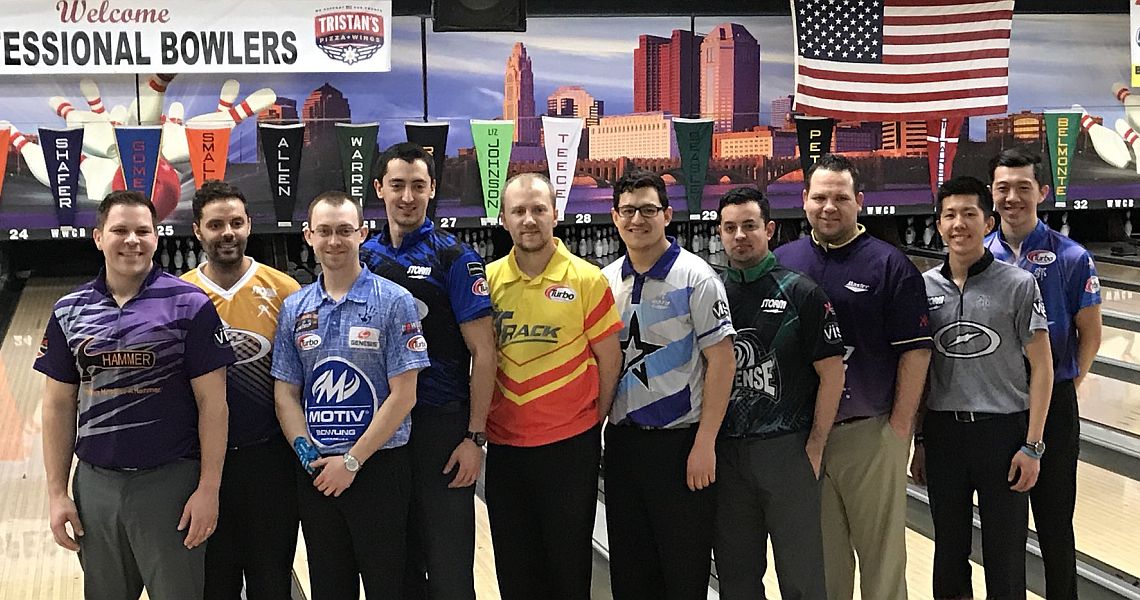 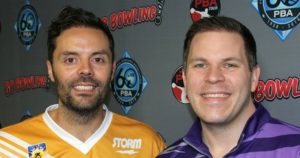 After each player’s 30 games of qualifying during the Players Championship earlier in the week and 16 games of Baker format qualifying Friday, Belmonte and O’Neill (l-r) led the field with a 17,979 pinfall total at Wayne Webb’s Columbus Bowl in Columbus, Ohio.

For Belmonte and O’Neill it’s their fourth consecutive Doubles Championship finals appearance having finished fourth in their three previous appearances. Kent and Tackett will be hoping to improve on their runner-up finish in 2017. 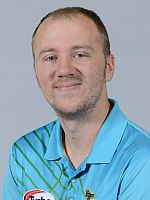 Qualifying third were Kris Prather (left) of Milton, Fla., who qualified third for the Players Championship finals, and Brandon Novak (right) of Chillicothe, Ohio, with a 17,382 pinfall.

Texans DJ Archer and Shawn Maldonado qualified fourth combining for a 17,316 pinfall. Archer will be trying for his third PBA Tour and Maldonado his first. 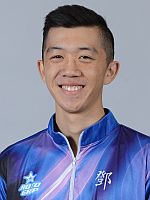 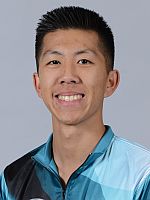 Brothers Michael and Darren Tang of San Francisco moved from seventh after the day’s first Baker round to take the fifth qualifying spot with a 17,273 pinfall. The Tang’s, former collegiate standouts at San Jose State, combined for games of 249, 226, 185, 277, 290, 213, 257 and 205 to beat out two-time doubles champions PBA Hall of Famer Norm Duke and 10-time tour winner Wes Malott who finished sixth with 17,201.

In 2017 Michael (left), 22, finished second in the United States Bowling Congress Masters, and Darren (right), 24, finished fourth. Both players will be trying for their first PBA Tour title.

The Baker format requires each player on the team to alternate frames in the game to combine for one score.