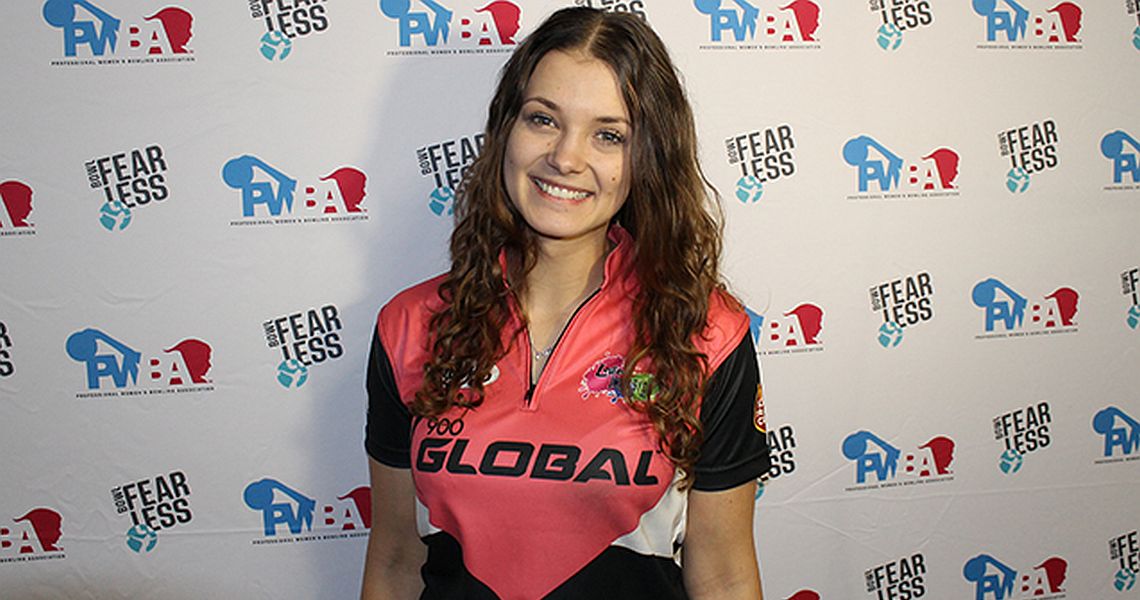 In Friday’s second qualifying round of the Pepsi PWBA St. Petersburg-Clearwater Open, the Pila, Poland native averaged 245, including a pair of 299 games over a three-game span. Now, after first having to go through the pre-tournament qualifier just to make the field, she will lead 12 bowlers into Saturday morning’s final qualifying block.

The top five players in total pinfall after Saturday morning’s six games at Seminole Lanes will advance to the stepladder finals, which will be televised live at 6 p.m. (Eastern) on CBS Sports Network.

“I feel great, I’m speechless,” Pajak (featured photo) said. “I lined up very well, matched up, where I had a couple of boards down the lane where I could miss, and I just never let it go. When I saw the ball was doing something different, I was trying to get a better feel at the bottom, and it worked. I could miss quite a bit.”

Pajak said the PWBA’s break in July was just what she needed, that she “needed to clear my head.” She has performed better each day this week.

She averaged 226 over eight games to lead Thursday’s qualifying event and then had a great start on Friday, with a 1,885 total (235 average) during the eight-game morning block. It was not comparable to the afternoon block, however.

So, the only disappointing part was missing a 300 game twice, right? 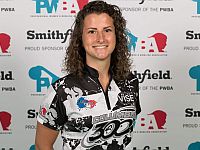 Pajak’s collegiate teammate at Webber International, Verity Crawley (left) of England, also made a big move on Friday afternoon, starting in 15th place and moving up to fourth.

“It definitely gave me a lot of confidence,” Crawley said. “I felt like my shot-making was really good, which was more important than anything.”

“It’s funny, because I didn’t practice yesterday, so I came into today kind of rusty, I guess you could say,” said Kuhlkin, who had the event’s first perfect game in the opening round. “It was a very pleasant surprise to bowl the way I did today.”

The Pepsi PWBA St. Petersburg-Clearwater Open is the first of three elite-field events that will take place in August. Following the U.S. Women’s Open, the top 24 players on the PWBA points list earned their way into the elite-field events with the remainder of the 32-player field determined through a pre-tournament qualifier (PTQ).

Three players who qualified for the Pepsi PWBA St. Petersburg-Clearwater Open, based on being in the top 24 in points after the U.S. Women’s Open, were not available at the start of the event on Friday morning.

Clara Guerrero, Maria Jose Rodriguez, and Rocio Restrepo were delayed because of travel issues after competing for their native Colombia in the Central American and Caribbean Games, a multi-sports event, in Barranquilla, Colombia.

Rule 6 of the PWBA rules addresses late arrivals, stating “any competitor who is late for the official start time for the first round of qualifying may be disqualified. Any competitor who is late for the starting time for any subsequent round of qualifying must enter play in the current frame and game in which her group is then bowling, and she will receive no score for frames and/or games missed.”

The players notified the tournament manager they were en route to the event, so they were not disqualified and arrived just before the start of the second round. The three bowlers will receive points based on their finishes.

Sandra Gongora of Mexico, who also competed in the games in Colombia, withdrew from the Pepsi PWBA St. Petersburg-Clearwater Open earlier in the week.