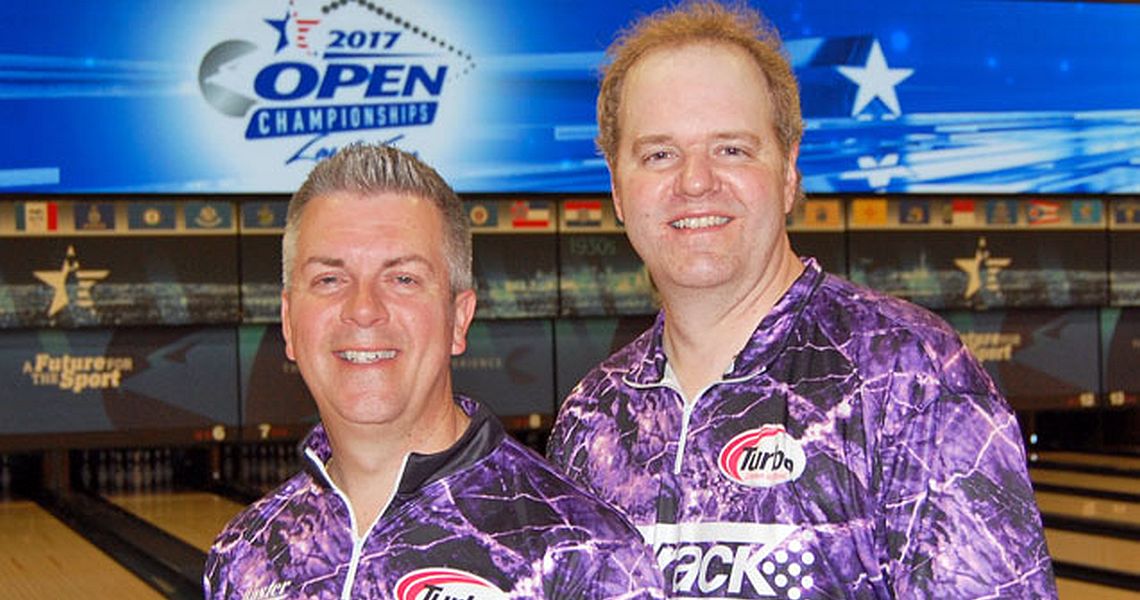 10 May, 2017
Open Championships
2379
Ads
More than three weeks after taking the lead in Regular Team at the 2017 United States Bowling Congress Open Championships, Team NABR of Fairport, New York, put the final touches on an emotional journey by also securing the top spot in Team All-Events.

The last pieces fell into place May 6 at the South Point Bowling Plaza in Las Vegas as Scott Pohl and Mike Rose Jr. completed their doubles and singles events, while the remaining members of the team – Adam Barta, Anthony Pepe and Brian Waliczek – waited for the news hundreds of miles away.

Pohl (right), who led the team effort with a 694 series, and a refocused Rose (left), who had 602 in team, returned to the Bowling Plaza to finish the job their teammates started April 14. They solidified the group’s place atop the Team All-Events standings with a 9,957 total. Vanilla Salsa of Roseville, California, previously held the lead with 9,743. 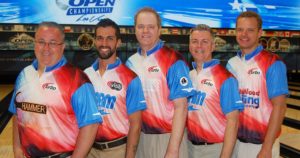 Under normal circumstances, all five team members (left) would’ve been on-site to finish things together, but after a heavy-hearted surge into the team lead with a 3,266 effort April 13, Rose returned home to attend his sister’s memorial service. Shelly Rose Stein lost her battle with cancer April 12.

“It’s much more relaxing now that it’s over,” Rose said of their 2017 USBC Open Championships campaign.

“I was kind of stressed coming out, since there was a lot of pressure to do well for the guys. Scotty and I have been talking every day for the last two weeks about what we were going to do here, and just about life in general as I went through this difficult time, and it really helped. I visited my sister’s grave the day before I left and asked her to look over me and my team, and she was definitely there with us tonight.” 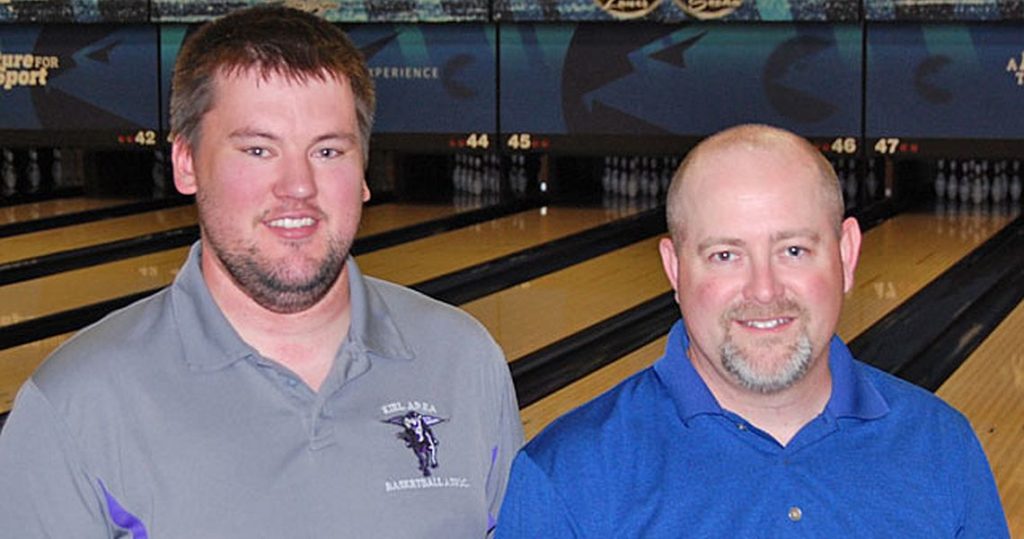 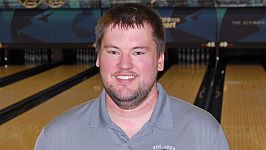 Brennan Nett (right) of Kiel, Wisconsin, found his groove during doubles and singles May 4 at the 2017 USBC Open Championships on his way to taking the lead in two Standard Division events.

The 27-year-old right-hander averaged nearly 225 during his six games at the South Point Bowling Plaza to move into the lead in Standard Doubles with Douglas Turney (above right), also from Kiel, with a 1,201 total, and Nett’s overall effort helped him take over the top spot in Standard All-Events with 1,865. 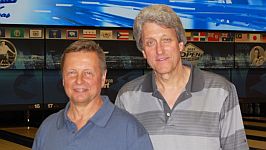 After starting his third Open Championships appearance with a 516 effort in team May 3, Nett settled in with games of 213, 226 and 245 in doubles for a 684 set. Turney added 517. The 245 game for Nett included strikes on his final eight deliveries.

Nett recorded seven consecutive strikes during his first game of singles to start with 259, and he added 190 and 216 to finish with a 665 total, which is fifth in Standard Singles. Charlie Theobald of Minot, North Dakota, leads with 696.

Four bowlers joined the 50-Year Club this week at the 2017 USBC Open Championships.

Edwin Macha of Decorah, Iowa, made his appearance May 2, while Gerrit DeMeulenaere of Macomb, Michigan, and Joe Krajkovich of North Brunswick, New Jersey, hit the lanes May 4. Patrick Risner of Dansville, Michigan, celebrated his milestone appearance May 8.

Each bowler received a plaque, chevron and diamond lapel pin on the lanes at the South Point Bowling Plaza to commemorate the achievement. 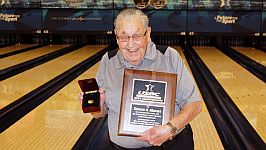 Macha (left), 85, has made the trip to the tournament each year since his debut at the 1968 event in Cincinnati. The Clark County (Ohio) USBC Hall of Famer only bowled team event in his 50th consecutive appearance, rolling a 332 series to bring his career pinfall to 70,716, a 167.9 lifetime average. 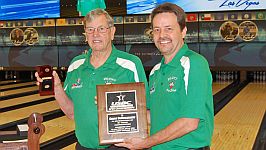 DeMeulenaere (right), 77, was joined on the championship lanes in Las Vegas by his son and grandsons, making his milestone appearance an easy favorite. 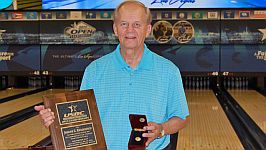 Krajkovich (left), 74, also started his tournament career at the 1968 Open Championships, and a second-place finish in Regular Team at the 1972 event in Long Beach, California, is as vivid in his memory today as it was when his Raritan Oil team nearly ran down the leading score.

The 2017 Open Championships kicked off Feb. 18 with 23 bowlers scheduled to celebrate 50 years of participation. 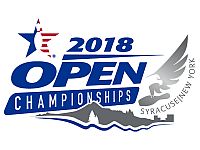 Two bowlers from the Keystone State are scheduled to celebrate five decades on the championship lanes this week at the South Point Bowling Plaza.

Richard Van Rossem of Canton, Illinois (May 12), George Barnes of Clarence, New York (May 15) and Bill Hohensee of Lexington, Kentucky (May 16), each will be celebrating 55 years of participation this week in Las Vegas.