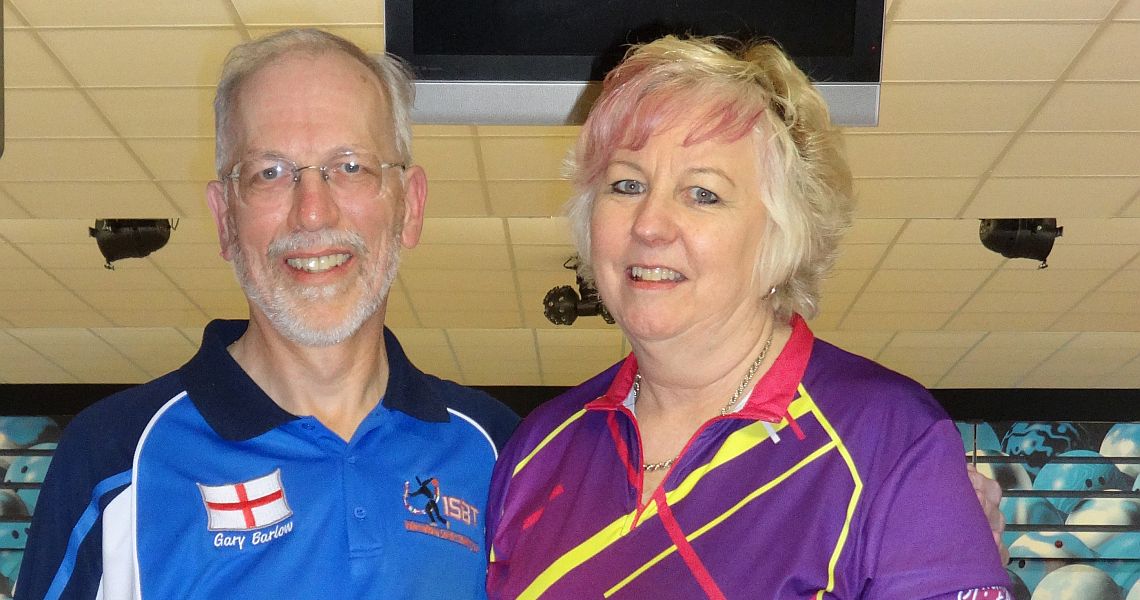 The eighth stop on the 2017 International Seniors Bowling Tour was the first visit to the UK for the tour since 2012. The location was the 16-lane Stroud Bowl in Gloucestershire.

In total, 64 men and 15 women from 10 countries took part. Disappointingly, there were no overseas entries in the ladies’ section, all the competitors coming from within the UK, however 17 men made the trip to England from outside the UK.

The tournament was played on the Kegel Stone Street pattern. The format for the tournament was a single six-game qualifying block, with unlimited re-entries. For those not able to qualify through the main leaderboard, there were additional opportunities through Turbo games, Scratch and Early Bird qualification.

The tournament had squads from Wednesday through to Saturday, and the first day leader in the men’s section was Auke Broekhuizen of the Netherlands with 1410 including age bonus, ahead of Gordon Humphries of England with 1362. The ladies’ squads were led by Catherine Wills and Sandra Boswell from England with 1184 and 1175.

Thursday had three squads and saw Jaakko Polttila of Finland take the overall lead with 1478, ahead of Gary Barlow of England. Three English players scored well in the ladies’ section, Angie Brown led with 1325, just ahead of Kimberley Oakley. A fine 1280 from bowl owner Diane Johnson put her in third place overall. This concluded the early bird rankings, with some players now guaranteed places in the finals.

There were a further three squads on Friday, top bowler of the day was Keith Hodge of England with 1483, ahead of Hermann Wimmer of Germany with 1466. Two other English bowlers also just reached the 1400 mark, Tournament Manager Lol Ellis and Steve Wright, both from England. In the ladies section, Sue Cobb of England had an excellent 1236 to look safe in the qualification zone. 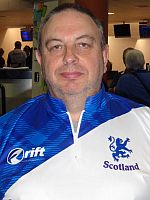 There were three final squads on Saturday, the first being won by Helmut Ulber of Germany with 1467. Highlight of the squad was a fine 300 game from Andy Gillespie of Scotland. In the ladies section, fellow Scot Gloria Carney had 1201 to put her well into contention.

The second squad of the day was headed by two established English bowlers, Gary Barlow took top spot with 1452, just ahead of Ron Oldfield. The ladies top spot went to Lynne Walker of Wales.

The final squad of qualifying was won by Alan Jenkins of England with 1442, with Catherine Wills substantially improving her position with a 1298 block.

The final qualifying list was led by Keith Hodge with 1483, ahead of Jaakko Polttila and Helmut Ulber. The cut for the next round at 24th place was 1386, shared between Brian Johnson of England, and bowl owner Kim Johnson.

These 24 would be joined by two Early Bird, two Scratch, and four Turbo qualifiers in the finals.

The ladies cut was 1201 from Gloria Carney, the overall lead going to Angie Brown with 1325, ahead of Kimberley Oakley and Catherine Wills. Two Early Birds and two Turbo qualifiers made the number of ladies’ finalists up to 10.

All the men bowled the first final round early on Sunday morning, with Lol Ellis posting 1020 for a clear lead, ahead of Paul Stott of Ireland. The top 18 would progress to the next round with pinfall carrying forward, last man in was Arthur Dähn of Germany with 910. 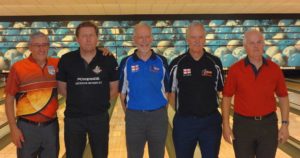 In the next round, Lol Ellis maintained his lead at the top of the field, with Jaakko Polttila now moving up to second position. The top five would go into the stepladder final, the final three places were all filled by English bowlers – Gary Barlow, Ron Oldfield and Chris Skudder.

The final would be played over two games, with total pinfall deciding the champion. Gary Barlow opened a 37 pin lead after the first game, but a 5-7 split leave in the seventh frame looked like it might cost him the title. However, he made the split perfectly, and a huge split in frame 8 for Lol Ellis put the title out of his reach, with Gary Barlow winning, 463-413. 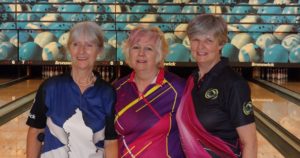 Gloria Carney started the ladies’ semi-final with a 241 game, and then three more good games ensured she would be the number 1 seed for the stepladder final. Behind her, Sandra Boswell and Kimberley Oakley bowled steadily for second and third places.

The women’s stepladder final started with the match to decide third place. This was close right up to the middle of the game, but a run of strikes from Sandra Boswell gave her a very comfortable win over Kimberley Oakley, 236-188.

In the two-game championship match, Gloria Carney started solidly, and led by 21 pins after the first game. Sandra Boswell kept plugging away, and once again found her line, striking from frame 5 to frame 9 to finally emerge a worthy champion 404-389.

The next stop on the 2017 International Seniors Bowling Tour is the French Senior Open at Planet Bowling in Lomme, France from October 18-22. Full details are available at the ISBT website. 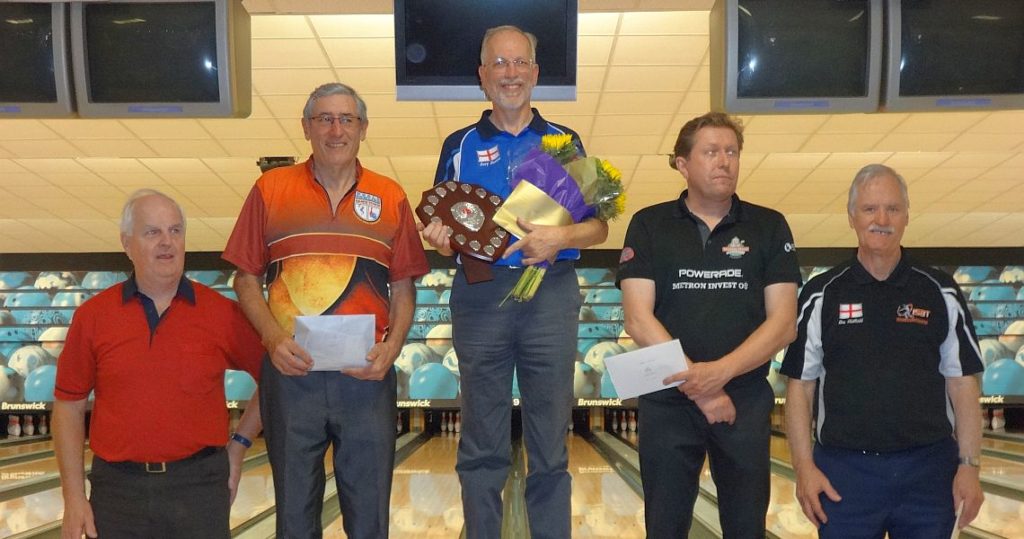 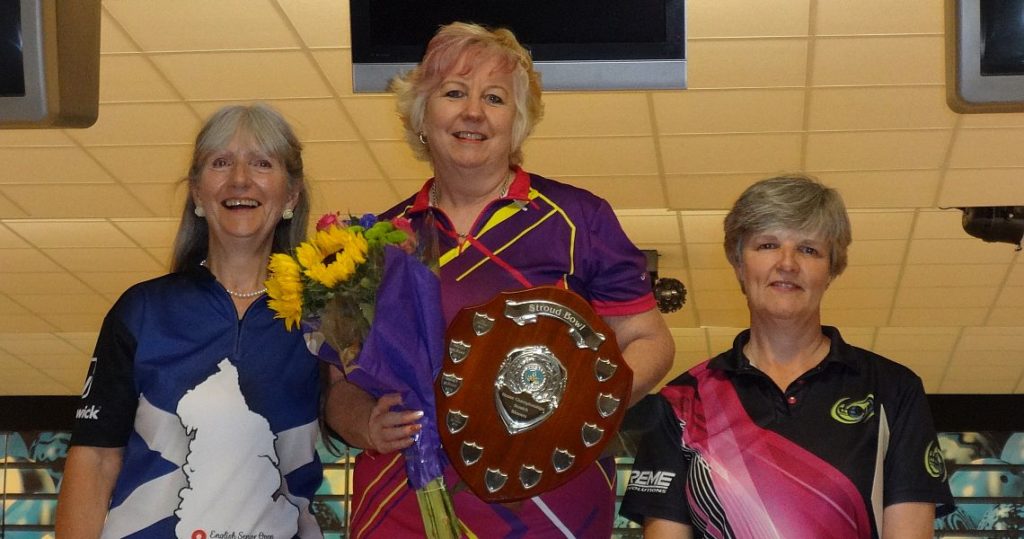 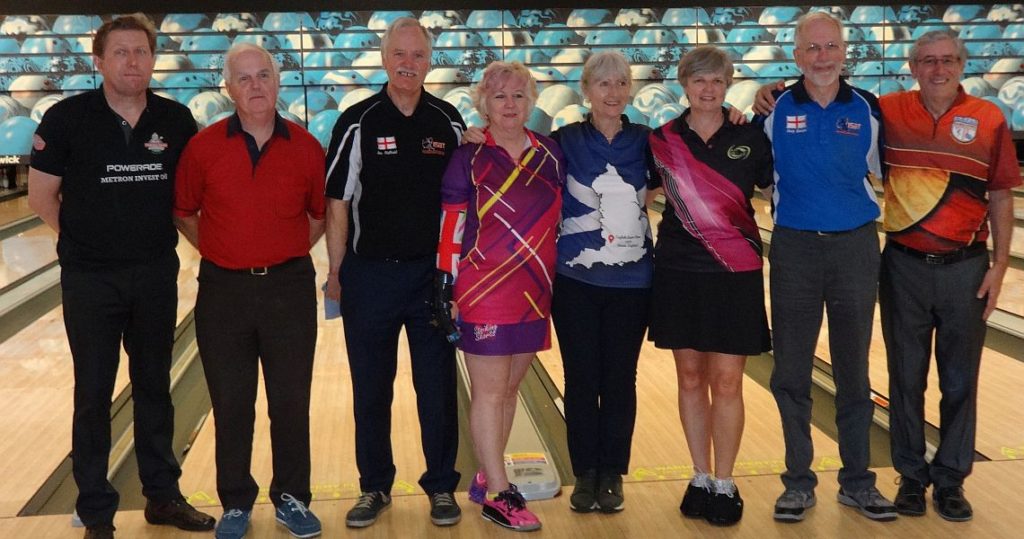 Top 5 advance to the stepladder finals.

Top 3 advance to the stepladder finals.

Top 18 advance to the next round.