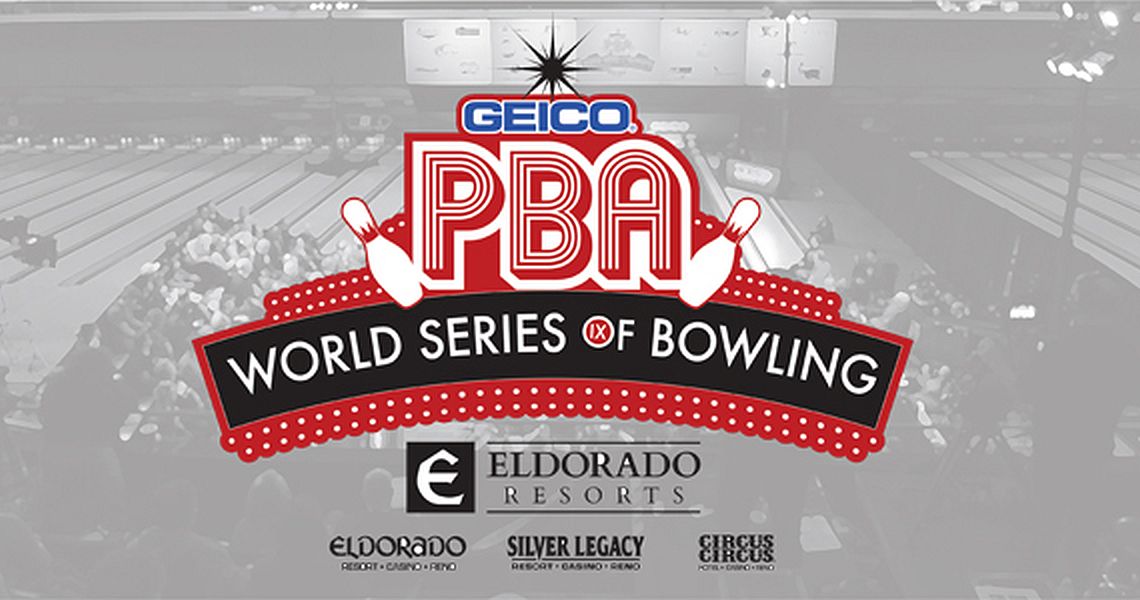 For those who would like to watch the world’s greatest bowlers compete for nationally-televised titles in the sport’s premier showcase Nov. 17-19 at the National Bowling Stadium in Reno, the Ultimate Fan Experience packages will provide participants with lodging, transportation to-and-from the airport, and VIP seating for all of the TV finals.

Options include a two-night “Strike” package and a three-night “300 Game” package. Prices depend on the accommodations each fan prefers, but the basics of each package include the following: 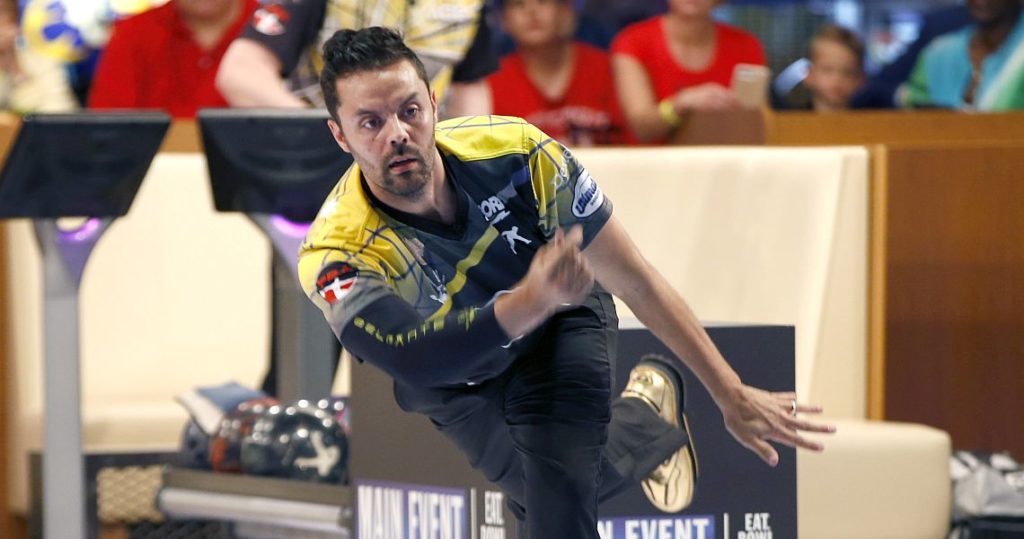 Jason Belmonte (above) is the leader on the combined PBA Tour-World Bowling Tour points list that will determine the 11 exempt players who will be invited to compete in the 2018 DHC PBA Japan Invitational in January as the PBA Tour heads into its final three events of the year.

Belmonte, with victories in the Barbasol PBA Players Championship and 2017 United States Bowling Congress Masters as well as the PBA International-WBT Storm Lucky Larsen Masters in Sweden, has compiled 110,432 points for a comfortable lead over Marshall Kent (right; 60,950 points).

Anthony Simonsen is third at 42,144 and EJ Tackett, who is automatically exempt as the defending DHC PBA Japan Invitational champion (left), is fourth. Qualifying points for the DHC Japan event are awarded on PBA Tour and WBT events that are open to all PBA members.

Tackett plus the 10 other points leaders will receive invitations to the event. DHC, as the tournament sponsor, will invite five additional players of its own choosing. They will join 16 Japanese players in the 32-game match play event.

There is still ample opportunity for players to qualify. Events remaining on the 2017 schedule include the WBT Thailand, Sept. 30-Oct 6; U.S. Open, Oct. 27-Nov. 1, and the multi-event GEICO PBA World Series of Bowling IX, presented by Eldorado Reno Properties, Nov. 7-19 in Reno. 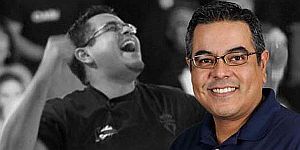 The PBA is now accepting nominations for the 2017 PBA Tony Reyes Community Service award, named in honor of the late PBA Tour player in recognition of his service to the bowling community.

The award recognizes a current PBA member who performs extraordinary community service over the course of a PBA Tour season. To be eligible, the nominee must be a PBA member in good standing.

For a nomination form and additional information click here. The deadline for submissions is Dec. 18.

Reyes (pictured), a popular PBA Tour titlist, died in late September 2012 of injuries sustained in a traffic accident near his home in San Bruno, Calif.

Past winners of the award have been Parker Bohn III of Jackson, N.J., in 2013 for his work primarily with two charitable endeavors he established – the Striking Out Sandy fundraiser and his annual Parker Bohn III Scholarship Tournament; Missy Parkin of Laguna Hills, Calif., in 2014, for her work in organizing the Baby Reesa Foundation fundraiser which supports families with children born with Krabbe Disease; Ed Godbout of Felton, Calif., in 2015, for establishing several charitable initiatives in Reyes’ name including the Tony Reyes Memorial Scholarship and the Tony Reyes Memorial Youth/Adult Doubles Tournament, and Rhino Page of Orlando, Fla., in 2016, for his involvement with the Thomas Cacioppo family in New York in raising more than $225,000 to combat the debilitating digestive tract disorders Crohn’s and Colitis. 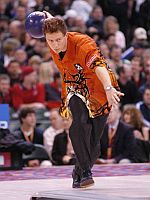 Since its inception, the PBA Hall of Famer’s scholarship event has distributed more than $90,000 in college scholarship money. This year’s event will add another $25,000 to that total.

The tournament, which can accommodate 342 youth bowlers in scratch and handicap divisions, is filling rapidly. For information, visit Wiseman’s Facebook page or his website. 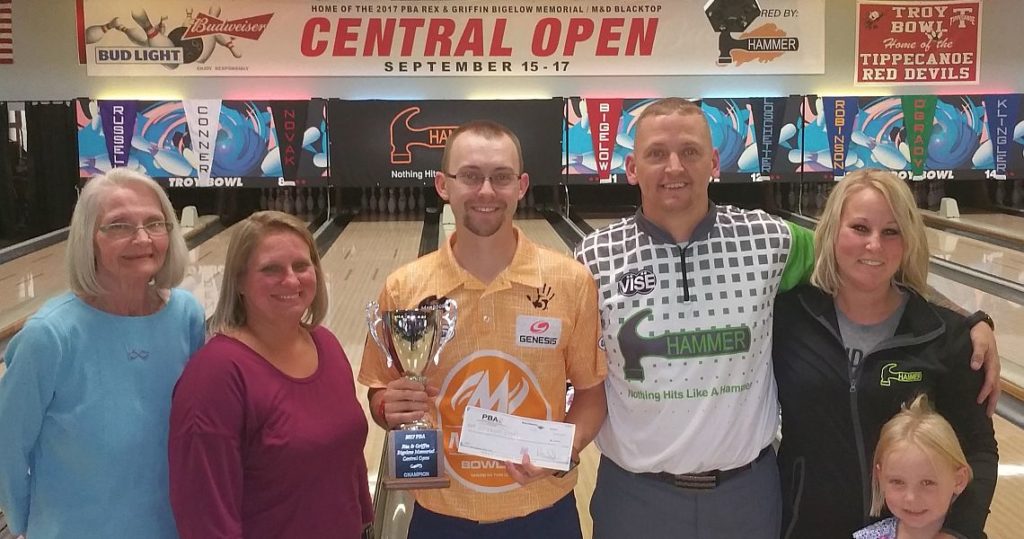 In the semifinal match, Fach downed Chris Via of Springfield, Ohio, 265-247, to advance to the championship match. AJ Johnson of Oswego, Ill., started the finals by eliminating Matt Sanders of Evansville, Ind., 267-206, but then lost to Via, 270-245.

The tournament was dedicated to PBA Regional competitor Kyle Bigelow’s father, Rex, who died of leukemia a few years ago, and to Griffin Bigelow, Kyle’s infant son who died from heart complications when he was 6 months old. 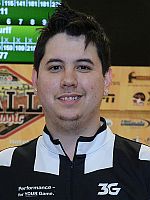 Butturff, who earned $2,000, defeated PJ Haggerty of Roseville, Calif., by 303 pins for his second win of the year after a PBA-record nine regional victories in 2016. Haggerty had a 5-3 match play record and 3,661 total pins for his 16 games including match play bonus pins.

In the companion PBA50 Open, Derek Gregory of Chowchilla, Calif., went 7-1 and knocked down 3,575 total pins to top Craig Miller of Tracy, Calif., by 92 pins for his second PBA50 West Region title.

Have you hugged your mechanic today? By Bill Walters »