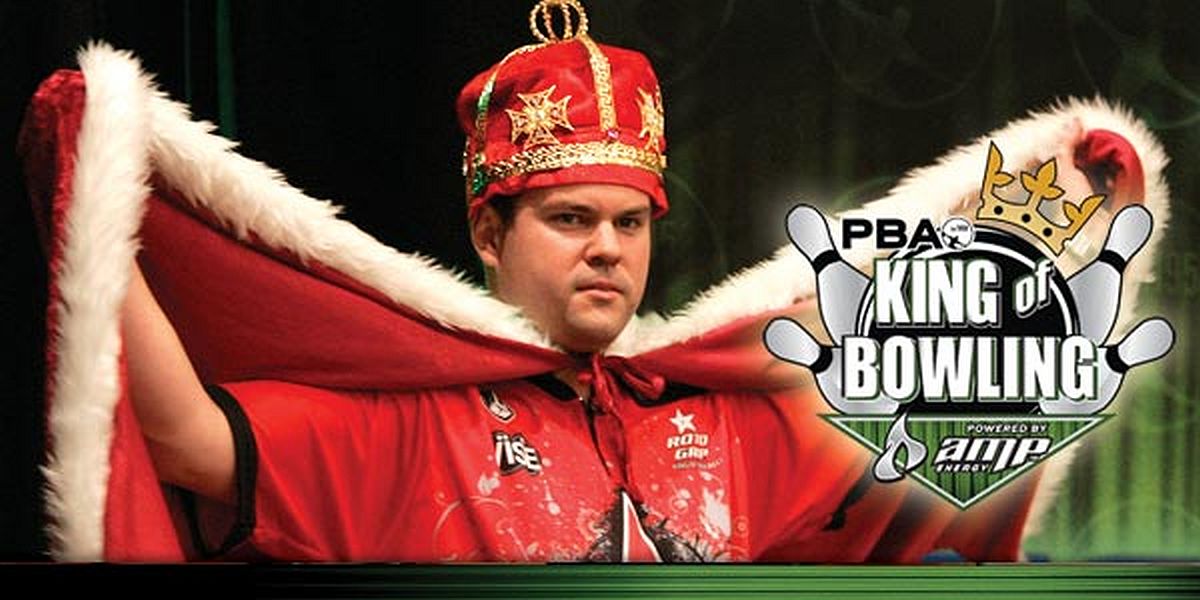 Fans to select Wes Malott’s next King of Bowling opponent

10 June, 2017
Spare Shots
2714
Ads
Who’ll be the next player to challenge Wes Malott as “King of Bowling?” PBA fans are invited to help decide “who’s got next” in trying to remove Malott’s crown in the renewal of the PBA’s exclusive Xtra Frame pay-per-view competition that will take place on Monday, June 26, at FireLake Bowling Center in Shawnee, Okla., preceding the start of PBA’s Grand Casino Hotel & Resort Oklahoma Open.

Malott (pictured), who dominated the original King of Bowling series held at Kegel Training Center in Lake Wales, Fla., in 2009, successfully defended his throne – and kept his crown – when he won the revival of the competition on April 12 in Portland, Maine, defeating reigning PBA Player of the Year EJ Tackett and Australia’s Jason Belmonte, PBA Player of the Year the three previous years, with a 721 series. Tackett had a 664 series and Belmonte a 640 in the three-game, total pinfall contest.

Fans will be asked to pick Malott’s next challenger from among a roster of recent PBA Players of the Year, except for Tackett and Belmonte.

The pay-per-view match will begin with a pre-game show at 7:40 p.m. EDT on Monday, June 26, with the match starting at 8 p.m. Fans can sign up to watch the match for $2.99 on xtraframe.tv. All money generated from PPV fees will be awarded as prize money to the winning bowler. 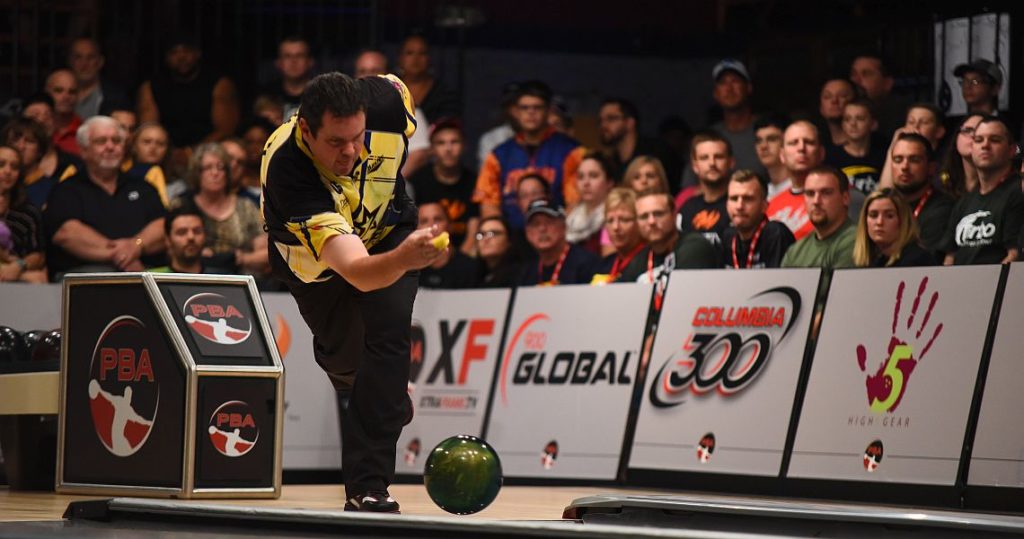 Wes Malott finished fourth in the PBA Xtra Frame Greater Jonesboro Open Sunday in Jonesboro, Ark., but the most interesting story about Malott’s participation in the tournament had to do with his 13-year-old son Jordan Malott finishing in a tie for 74th place in his first PBA tournament appearance.

“It’s kinda funny,” father Wes said. “I signed (Jordan) up and I didn’t tell him. I don’t think I even told my wife. He didn’t know he was bowling until we were on the road and stopped to eat. He asked me why I brought his equipment along. He told me he didn’t want to bowl, but he’d been hounding me about entering local events, so I signed him up.

“It was good for him; it got everyone talking.”

Jordan will bowl in USBC’s Junior Gold Championships in July. The past two years he finished in the fifth through eighth group in the U12 Division. This year he’ll move up to U15 but “he’ll hold his own,” Dad said.

Regarding Jordan’s experience in Jonesboro, Wes said, “He’s used to winning, so he had a hard time. After three games, he was in third or fourth place. He beat me the first four games, I know that. But in games six and seven he shot 140s.

“He knows a lot of those guys,” Wes continued. “He watches them on TV. He has a lot of respect for them, but I told him there’s no reason to be afraid; just go out and bowl, and he did.”

Now the problem in the Malott household, Wes said, is that middle son Camden is already asking when he’ll get his turn. Camden turns 10 in August. And “Brooke is seven, but she’s already showing signs, too.”

When or if Jordan will bowl in another PBA event is an unknown because now it’s baseball season, Dad said, and “he’s a very good baseball player, too.” 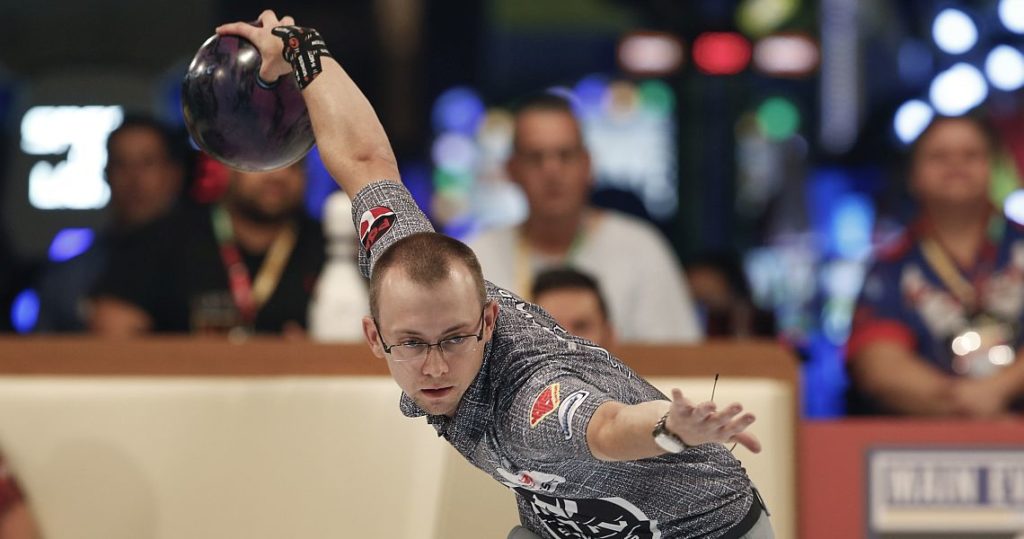 Xtra Frame Productions has produced a “Player’s Perspective” video with EJ Tackett (above) in which Tackett takes the viewer through each frame of his 2016 PBA World Championship victory with his own narration/commentary.

Here is a link to a preview of the video, which is currently available in its entirety only on Xtra Frame.

Xtra Frame Productions will do more “Player Perspective” videos in the near future with other PBA Tour champions. 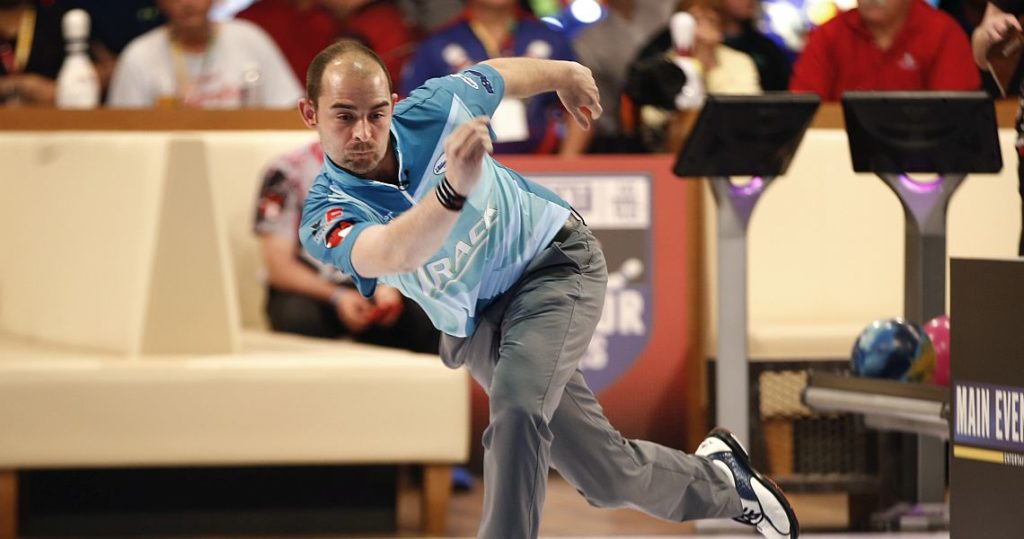 England’s Dom Barrett (above), with a ninth-place finish in the PBA Xtra Frame Greater Jonesboro Open after third- and fifth-place finishes in the first two, has retained his lead in the Xtra Frame Storm Cup points standings after three of the seven events.

Barrett earned 18 points in Tamarac, Fla.; 16 points in Wilmington, N.C., and 12 more in Jonesboro for a total of 46 points and a 12-point lead over EJ Tackett, who has finished third (18 points) and fifth (16) in the last two events. Reality Check Classic winner Josh Blanchard is third, one point behind Tackett.

In each Xtra Frame Storm Cup event, the top 20 players earn points toward a pool of $50,000 in bonus prize money that will be awarded to the top five players at the end of the series. To date 41 players have earned points.

PBA Tour coverage will feature the PBA Xtra Frame Lubbock Sports Open presented by Ebonite from South Plains Lanes in Lubbock, Texas, Saturday and Sunday. The fourth of seven PBA Xtra Frame Storm Cup events will include qualifying round coverage Saturday at 9:20 a.m. and 4:20 p.m., followed by the cashers round at 9:20 a.m. Sunday, match play at 1 p.m. and the stepladder finals at 4:45 p.m. All times are EDT.

PBA fans also are reminded they can follow real-time results for PBA50 and PBA Xtra Frame Tour events by visiting the “live scoring” feature on pba.com. PWBA live scoring is available on pwba.com.

PBA’s only regional activity this weekend will be the Wine Country West/Northwest Open presented by Roto Grip at Double Decker Lanes in Rohnert Park, Calif. 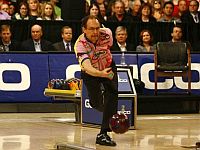 Mika Koivuniemi (pictured) is making his debut as a PBA50 competitor in the USBC Senior Masters this week in Las Vegas. The Finnish native, who turned 50 on April 6, is a four-time PBA Tour champion including three majors.

He retired from full-time PBA Tour competition after the 2015 season to become head coach of the United Arab Emirates bowling team. Koivuniemi, who won the USBC Masters in 2000, advanced to double-elimination match play in his Senior Masters debut after qualifying in 32nd place.