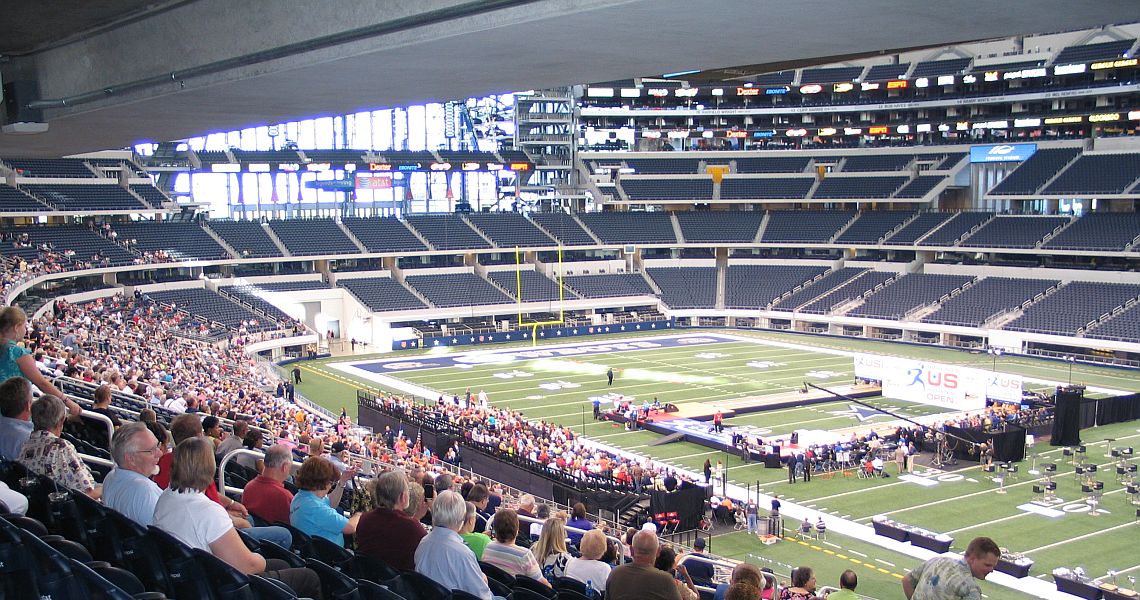 06 July, 2017
PWBA Tour
1944
Ads
United States Bowling Congress Hall of Famer Leanne Hulsenberg of Pleasant View, Utah, said that if her win at the 2011 U.S. Women’s Open ends up being the last victory of her illustrious career, it would be perfectly acceptable, as that experience is among her most treasured.

Pictured above is Dallas Cowboys’ AT&T Stadium in Arlington, Texas, during the TV finals of the 2011 U.S. Women’s Open.

However, that does not mean the 49-year-old right-hander is a complacent competitor on the Professional Women’s Bowling Association Tour. 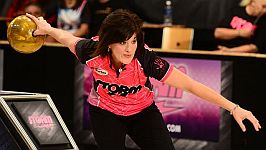 In fact, even after decades on the lanes and 27 professional titles to her credit, Hulsenberg (right) still is doing everything she can to be a threat on the PWBA Tour, and her hard work has her gaining momentum as the 2017 PWBA Tour season rolls into its 10th stop.

Hulsenberg will be among the nearly 80 bowlers headed to Seminole Lanes in Seminole, Florida, this week for the 2017 PWBA St. Petersburg-Clearwater Open.

Competition will take place Friday and Saturday, with four spots in the event’s stepladder finals and a shot at the $10,000 top prize on the line.

The TV finals will be taped for delayed broadcast on CBS Sports Network in conjunction with the U.S. Women’s Open at Plano Super Bowl in Plano, Texas, during the first week of August. The show will air Aug. 22 at 8:30 p.m. Eastern.

A recent streak of success has seen Hulsenberg finish sixth at the PWBA Greater Detroit Open, just missing a spot in the championship round, sixth at the Go Bowling PWBA Players Championship and among the 32 cashers at last week’s PWBA Orlando Open.

The mid-season surge almost didn’t happen, however, as the two-time major champion was on the verge of calling it quits following what she described as possibly the two worst weeks of her career when she failed to crack the top 50 at the PWBA Wichita Open and Pepsi PWBA Lincoln Open.

“Coming into 2017, I’d been consistent, but there were no real highlights for me,” Hulsenberg said.

“It wasn’t frustrating as much as it was disappointing. I worked incredibly hard before this season to try and change that, including changes in my equipment, losing weight, walking and taking supplements. I did everything I thought I needed to do to be successful in 2017, based on how things went in 2016.”

One of the biggest changes Hulsenberg made was adding finger grips to her equipment for the first time in her career. She thought it might help strengthen her release, give her more rotation and be the secret to success on the PWBA Tour’s challenging lane conditions. Although it seemed to be effective at home, it didn’t translate to the Tour.

Following the PWBA Lincoln Open, rather than give up, Hulsenberg and her husband, Gary, went back to the drawing board.

She drilled six new bowling balls, all without grips, going back to what she knows best, and that seems to have been the difference in recent weeks. She also got a cortisone shot to offer some relief from a chronic bursitis in her hip, which really has helped with the long days of competition.

But, not all of Hulsenberg’s struggles have been physical.

As much as she’d love to win again, her life is far different than when paying the bills depended on her performance.

Now, she can compete simply because she loves the sport and wants to support the PWBA Tour, but it’s third on her priority list behind her family and full-time job with Storm Bowling Products. While this has helped take off some of the pressure to succeed, it also has affected her intensity on the lanes.

“Everything in my life is different now, but my expectations are not,” Hulsenberg said. “I still want to be successful, but I admit I do need to find that fire on the lanes again. Considering how Wichita and Lincoln went, I was just happy to make the cut in Green Bay. I realized after that if I’d just turned it up a little more, maybe I could’ve made the show.”

Hulsenberg now has some additional motivation for the 2017 PWBA season, which will end with the Smithfield PWBA Tour Championship at the Richmond International Raceway in Richmond, Virginia.

The special event will include 16 players – all of the eligible winners from the 2017 PWBA Tour season, plus the top point earners to round out the field.

“Bowling well lately has given me some confidence for the rest of the year, and I always look forward to the U.S. Women’s Open, which is right around the corner,” said Hulsenberg, whose other major victory was the USBC Queens in 1999.

“I am hoping to make it to the Tour Championship because my son (Barrett) is a huge racing fan and really wants to go to Richmond. It would mean a lot to be able to make that happen.” 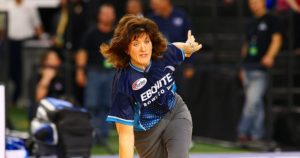 Hulsenberg’s last win came on a one-of-a-kind stage – the field at Arlington’s AT&T Stadium, home of the Dallas Cowboys (pictured left), and it was extra special, not because she downed nearly 300 of the best players in the world to claim the $50,000 top prize and coveted green jacket, but because she got to share moment with her husband and young son. 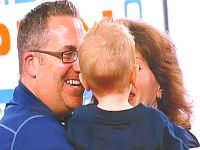 Having the trophy in one arm, her son in the other, and her husband nearby (right), was a symbolic bridge between two phases of her life.

“If that’s the last win I ever have, it would be OK, because it was very special and always will be incredible memory,” said Hulsenberg, who defeated defending champion Kelly Kulick of Union, New Jersey, 218-183, to win the 2011 U.S. Women’s Open. “Don’t get me wrong, though, it sure would be nice to win again, and that’s why I keep working so hard.”

All competitors at the 2017 PWBA St. Petersburg-Clearwater Open will bowl 12 games of qualifying Friday, before the field is cut to the top 32 for Saturday’s six-game cashers’ round. Their 18-game pinfall totals will decide the 12 bowlers who advance to round-robin match play.

Match-play competitors then will be split into two groups, with the pinfall leader in each group after 24 games, bonus pins for match-play wins included, automatically qualifying for the championship round. The bowler with the higher pinfall will be the No. 1 seed.

The second, third and fourth bowlers in each group will advance to simultaneous group stepladders, with the winner of each also qualifying for the TV finals.

All qualifying and match play rounds of PWBA Tour events are carried on Xtra Frame, the exclusive online bowling channel for the Professional Bowlers Association. For subscription and schedule information click here.