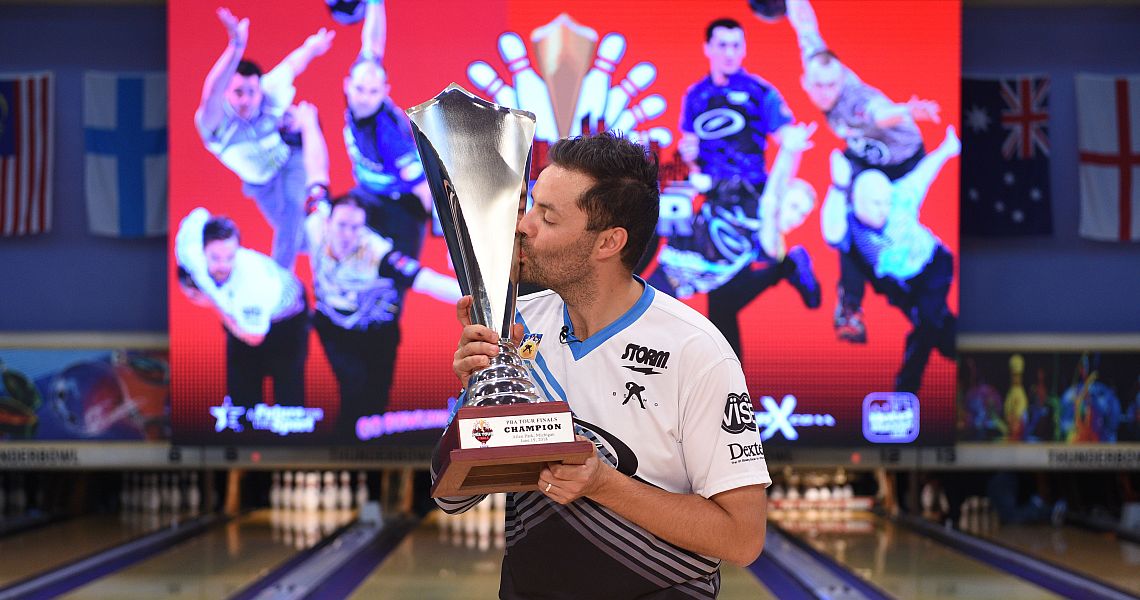 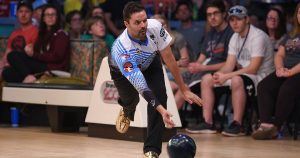 The finale, held May 6, was telecast Tuesday, June 19, on the CBS Sports Network from suburban Detroit’s famous Thunderbowl Lanes.

“I didn’t know what to do,” said Belmonte after appearing to be lost following his 170 game. “I tried playing outside and then I went back to playing inside. I think I probably was overplaying my adjustments and making too radical of changes, so I went back to my original ball and started playing in the middle of what I was trying to do earlier in the game.” 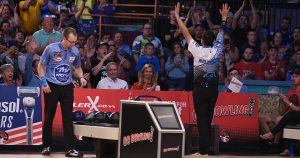 In the roll-off, Belmonte started with a strike and finished with a spare/strike in his 10th frame while Tackett, who was trying for his 10th career title, spared in his ninth but left the 2-8-10 split on his first ball of his 10th frame, resulting in a 40-26 loss and giving the title to Belmonte.

Belmonte stressed the importance of his strike on his fill ball in the 10th frame of the second game leading into the roll-off. “That (final ball) in the 10th was huge because that was the only indicator I had that I could find some kind of shot going into the playoff.”

The PBA Tour Finals was draining for Belmonte because it followed an especially grueling travel schedule for him just prior to the event.

After competing in the Oceanview at Falmouth PBA League in Portland and then traveling to Florida to visit with Hannah Carbocci, a member of Stoneman Douglas’ high school bowling team, he returned home to Australia for a short four-day break before flying all the way back to Detroit for the PBA Tour Finals.

“I’m exhausted, but I wouldn’t miss this event in this historic venue and the great Detroit bowling fans,” Belmonte said. “This is a great event that I believe really puts a spotlight on our top players so I really enjoy competing in it. Plus, I had some unfinished business after last year’s runner-up finish (when he lost to Tackett).” 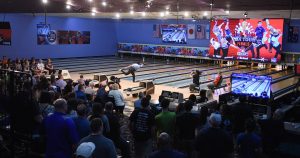 The PBA Tour Finals featured an elite field of the top eight players in combined PBA earnings from the 2016, 2017 and first four months of 2018. Competition consisted of four games of total pinfall positioning round competition on four different lane conditions, followed by a semifinal stepladder round for each four-man group. Belmonte won Group 1 over Anthony Simonsen, Dom Barrett and Sean Rash while Tackett topped Group 2, topping Jesper Svensson, Marshall Kent and Tommy Jones.

As the high average leader heading into the title match, Belmonte got to select the lane conditioning pattern out of the four patterns used in the event: Johnny Petraglia 36, Mark Roth 42, Don Carter 39 or Dick Weber 45 (the numerical distinction behind each pattern name refers to the distance in feet oil is applied to the lanes). Coincidentally, Tackett also favored the Weber pattern. 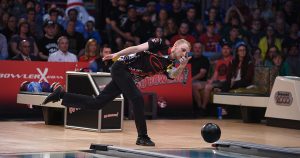 Preceding the title match, a match to decide third- and fourth-place featured the No. 2 qualifiers from each semifinal round. Sweden’s Jesper Svensson (right), a left-handed two-hander, defeated Anthony Simonsen (below left), a right-handed two-hander from Austin, Texas, in another best-of-two-game match that also resulted in a 9th and 10th frame roll-off. Svensson won game one, 248-204. After Simonsen came back to win the second, 229-201, Svensson won the roll-off, 49-39, to finish third. 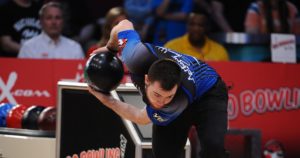 For Belmonte, the title was his second of the 2018 Go Bowling! PBA Tour season after a win with partner Bill O’Neill in the Mark Roth/Marshall Holman PBA Doubles Championship in February. 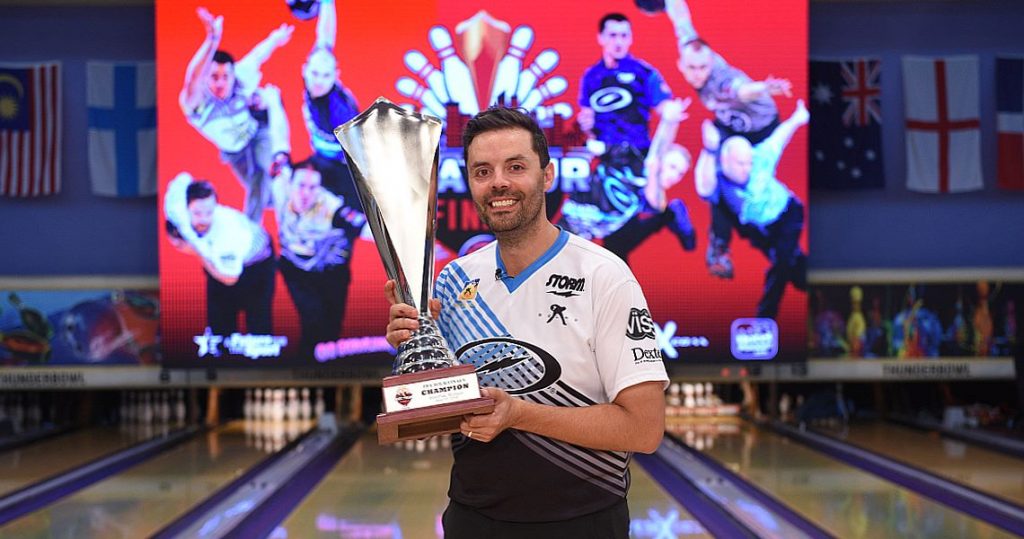