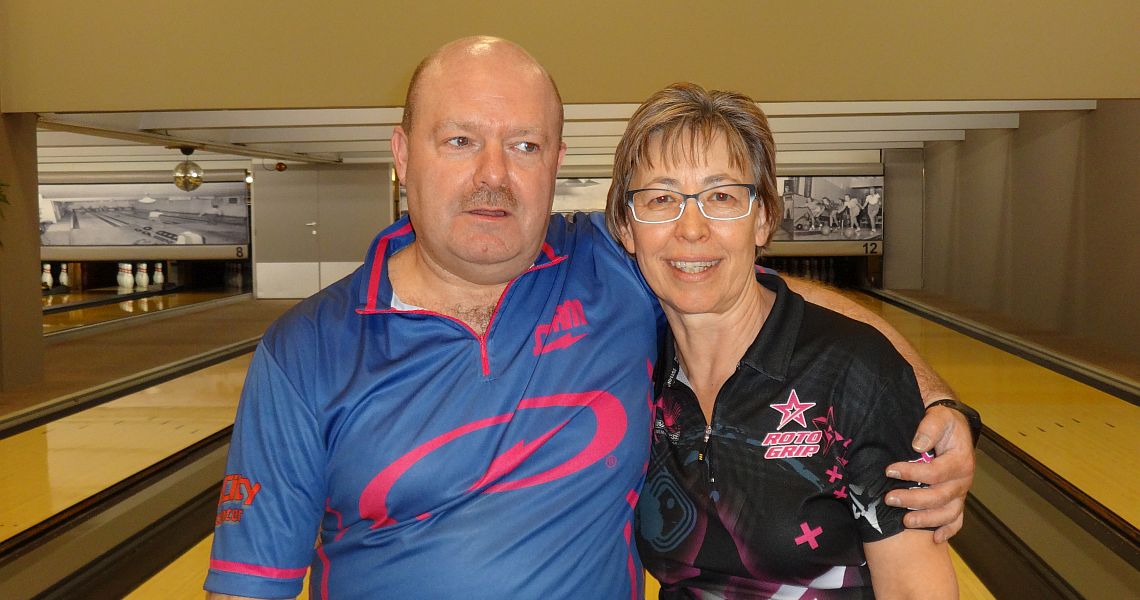 The second stop on the 2018 ISBT attracted an entry list of 73 men and 18 women. The format for the tournament was a single six-game qualifying block, with unlimited re-entries. For those not able to qualify through the main leaderboard, there were additional opportunities through Scratch scores and Turbo games.

Qualifying started on Thursday, and André Geelen from Belgium led the way with 1498 including bonus from John Bosch, Netherlands, with 1455. In the ladies’ section, scores were also high, with 1288 from defending women’s champion Angie Brown of England in the first squad, being followed by 1350 from Liliane Vintens from Belgium in the late evening squad.

Friday brought more high scoring, with Gery Verbruggen having a stunning 1512 block, a 250 scratch average for the 52-year-old lefty. There were also scores over 1400 from English players Mick Ince (1450), and defending champion Alan Jenkins (1417). Many of the players felt the lanes played a little differently on the Friday, and although Liliane Vintens and Angie Brown were again top ladies, their scores were much lower than the day before, neither hitting 1200.

Unusually for an ISBT event, there was additional prize money for the highest Turbo scores. In the last game of the day, Robert Vallons of Belgium hit a perfect 300, unfortunately he hadn’t entered the turbo competion, so didn’t get the €200 prize, nor was his score enough to qualify for the final.

There were four final squads on Saturday, the first had German winners, Hermann Wimmer with 1421 and Karin Lischka with 1251. The second squad belonged to the English, with Mo Singleton‘s 1401 being just ahead of Frank Stander and Frank Lindsay, and Angie Brown improving slightly with 1294 in the ladies’ section.

The third squad of the day was won by Roger Pieters from Belgium with 1429, with Martina Beckel being top lady with 1254, just squeezing her into a qualification position. 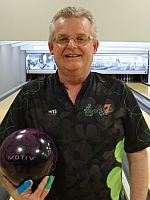 The final squad was won by Peter Knopp from Germany with 1360, Angie Brown had another steady block of 1281 to finish ladies’ squad leader.

At the end of qualifying, Gery Verbruggen had a small lead over André Geelen, John Bosch and Mick Ince. These four would miss the first final round early on Sunday morning. The cut for the final was 1357, achieved by Frank Lindsay. These 22 players, together with three Scratch and three Turbo qualifiers would bowl again on Sunday.

In the ladies’ section, Liliane Vintens had a good lead over Angie Brown and Claribel Muis from the Netherlands. Only the top five would go to the final from the overall rankings, this place fell to Karin Lischka. Two Turbo and one Scratch qualifier would also bowl again on Sunday. 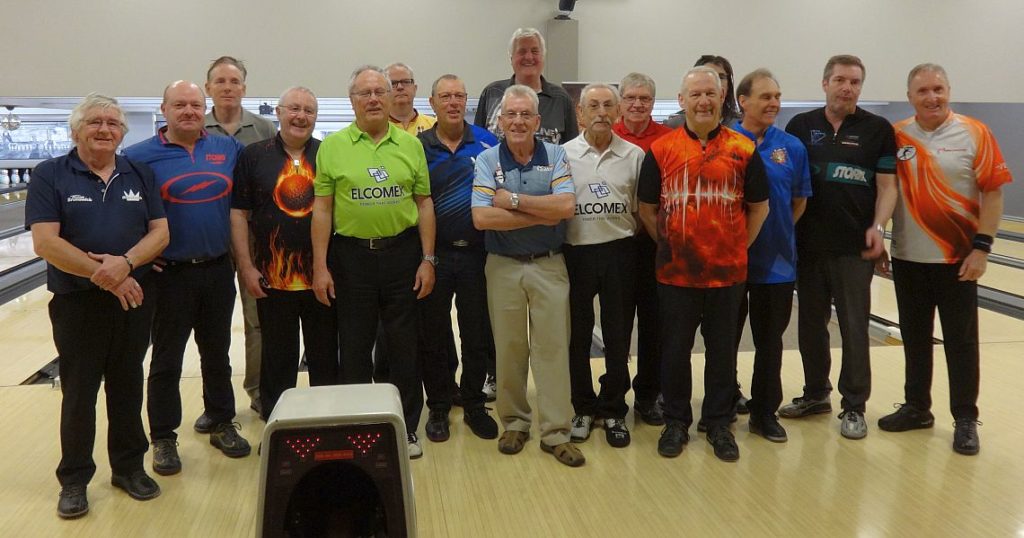 In the men’s section, the first finals round saw the 24 men bowl a 4 game block. Steven Jeeves from England won the squad with 979, ahead of Helmut Ulber from Germany, the winner of the season-opener in Osnabrück, Germany, and Laya Djouad from France.

The next rounds for both the men and lady qualifiers were bowled in four player groups, the groups being decided by finishing positions in the qualifying and first finals rounds. There were four groups of four in the men’s division (the photo above shows the 16 finalists), and two groups of four in the ladies’ section (the photo below shows the eight finalists). Each group would bowl two games, and the lowest scoring bowler would be eliminated each time. 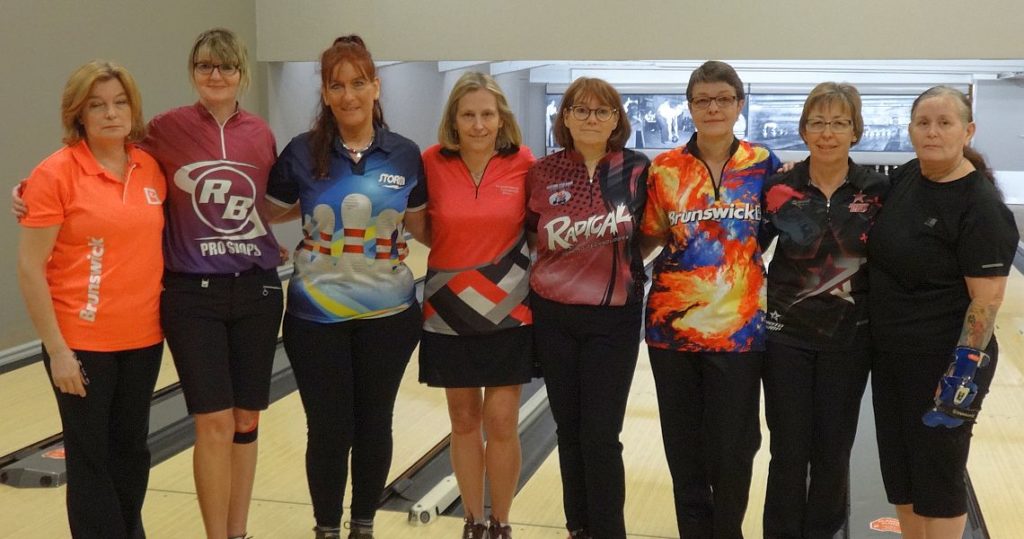 After three rounds in the men’s section, only four bowlers remained. These four would then play a one game stepladder final to decide the overall winner. 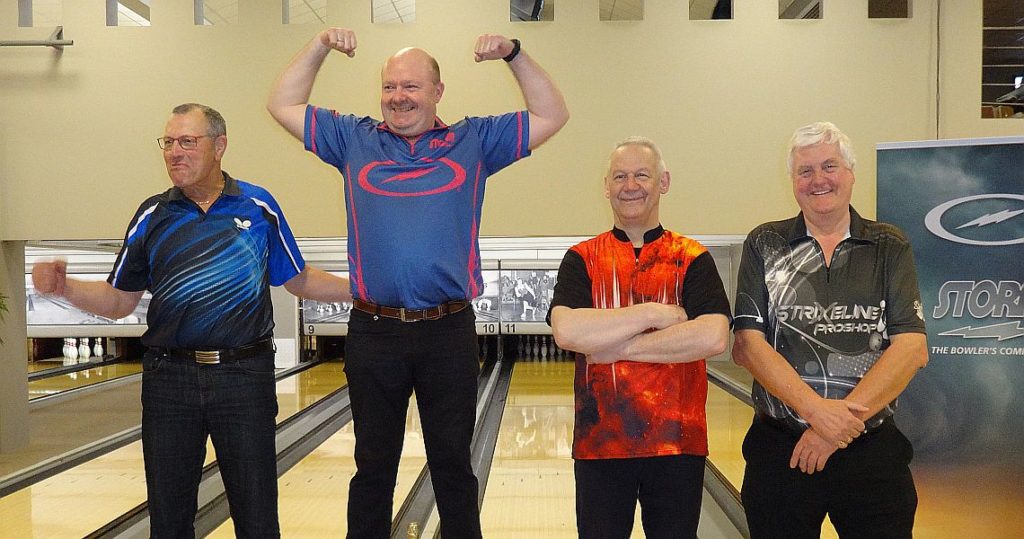 In the first match, John Bosch defeated Mick Ince, 206-197. Bosch was then defeated by second-seeded Laya Djouad, 232-201. In the title match, no. 1 seed Gery Verbruggen struggled in the early part of the game to close down the 17-pin advantage Djouad had from being much older, but Verbruggen finally found his line, and a run of strikes make him the clear victor, 237-214.

The early final rounds in the ladies’ section resulted in the top four bowlers from qualification making it through to the stepladder final. 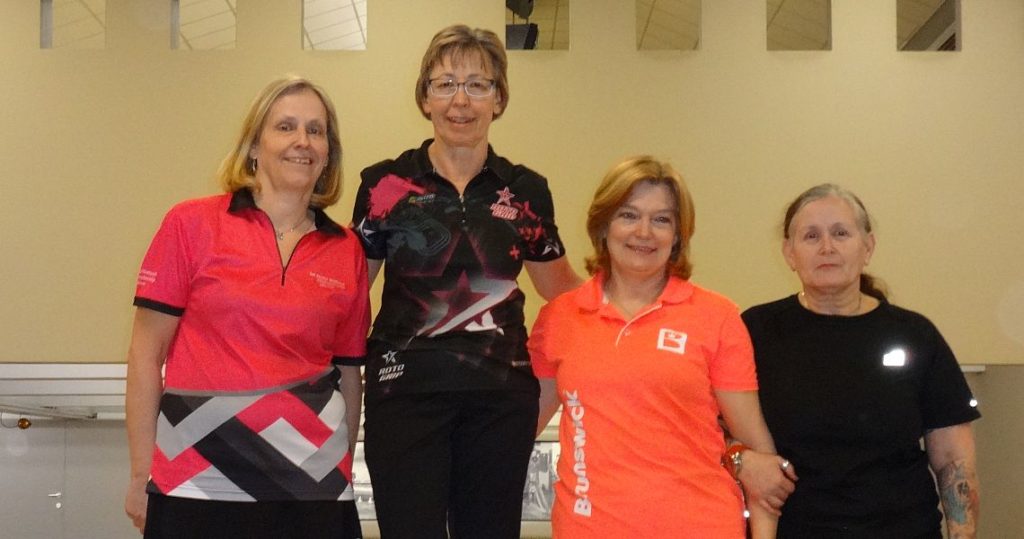 Martina Beckel made short work of Claribel Muis, 225-202, and then dispatched Liliane Vintens, 234-203. The stepladder finals were being played on the lanes used by the men for the earlier rounds, and this was providing difficult for some of the bowlers.

In the final, neither Angie Brown nor Martina Beckel looked comfortable, with both having splits early on. However, Beckel managed to put together three strikes in a row in the second half of the game to emerge the winner, 224-202.

The third stop of the 2018 International Seniors Bowling Tour is the 7th Track Alsace Senior Open, which will be held at Cristal Bowling in Wittelsheim, France, from April 19-22. In conjunction with the tournament, the ISBT Masters for 2017 will be staged on Friday, April 20. Full details are available at the ISBT website. 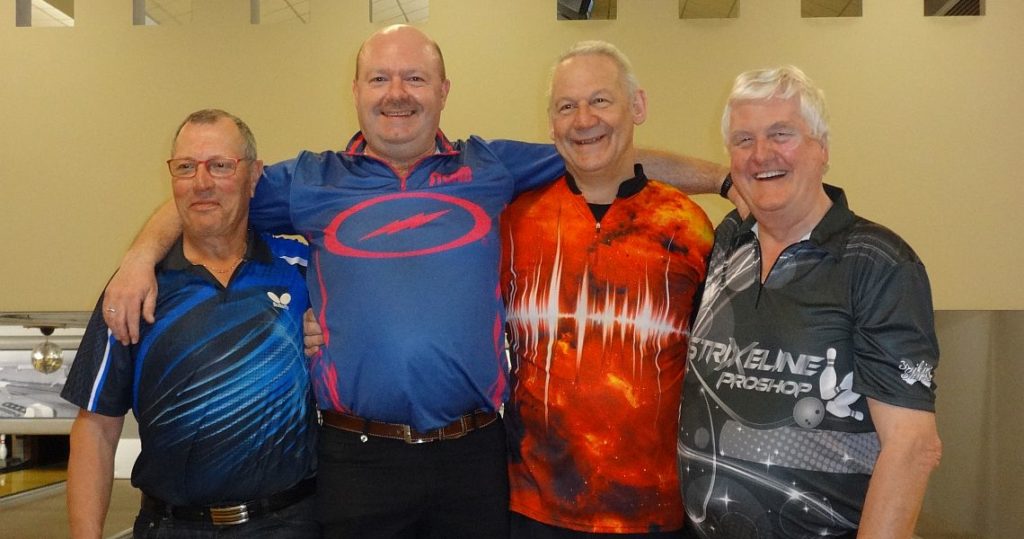 The highest scoring players advance to the Stepladder Finals