09 November, 2017
Spare Shots
2340
Ads
The PBA50 Tour and PBA Regional Challenge events that kicked off the GEICO PBA World Series of Bowling IX on Tuesday also introduced the first batch of detailed scoring statistics that will be provided throughout the World Series by PBA’s WSOB IX statistical analysis partner, LaneTalk.

Fans will be able to access a wide variety of detailed data regarding WSOB IX by visiting LaneTalk’s page on Facebook on a daily basis.

As an example of information that will be provided by LaneTalk was the following pulled from the performances by PBA50 Tour Challenge winner Norm Duke and PBA Regional Challenge winner Francois Lavoie during their nine games of match play Tuesday at the National Bowling Stadium in Reno. 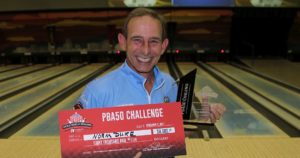 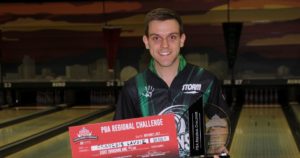 Since its inception in Detroit in 2009, the essence of the World Series has been a variety of “animal pattern” events that not only offer PBA Tour titles, but serve as qualifying stages culminating with the PBA World Championship.

In order to win the PBA World Championship, players must demonstrate a high level of consistency across the different challenges the “animal patterns” present.

While oiling patterns on bowling lanes are normally invisible, the PBA helped fans get a visual picture of the differences in playing conditions when it introduced blue dyed oil for televised WSOB events in 2013. The “blue oil” lanes have remained a part of PBA’s televised events ever since.

Another major advance in understanding the challenges of bowling came when the PBA gave those varying oiling patterns names. Thus the so-called animal patterns were born, and fans can now relate to the playing surface involved simply by referring to the animal pattern name and knowing peculiar features are involved with that particular oiling pattern.

This year, the patterns have been modified based upon advances in technology, but the essence of the program remains the same even if the order they will be used has been changed, and their names have been adjusted to include the distance oil is applied for each pattern.

The new order and names include the Chameleon 39 (a 39-foot pattern), Shark 45, Cheetah 33 and Scorpion 42. Although the patterns are a bit different, here’s a summary of the players who have won on the respective patterns in years past:

Notice anything unusual about those stats? Only Scott Norton (Chameleon in 2010 and 2012) has ever won the same animal pattern event more than once.

Next up on Xtra Frame: Animal Pattern preview, wrapup shows on tap

As the 2017-18 Go Bowling! PBA Tour schedule gets underway in Reno, Xtra Frame begins its extensive coverage of the GEICO PBA World Series of Bowling IX, presented by Eldorado Resorts Reno Properties, on Xtra Frame with preview and wrap-up shows before-and-after each of the animal pattern events. Here’s the projected schedule: 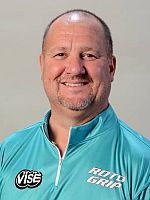 Brian Kretzer (left) of Dayton, Ohio, defeated Scott Merritt of Iowa City, Iowa, 245-209, to not only win the PBA50 Victory Lanes Midwest/Central Region Open presented by Mattress Firm at Victory Lanes in Kankakee, Ill., Sunday, but he also won a good night’s sleep as a bonus.

In addition to his third PBA50 regional title of the year and a $1,600 cash prize, Kretzer won a Mattress Firm bed worth $5,000 from the tournament sponsor.

Kretzer defeated Mike Steil of Wheeling, Ill., 226-213, in the semifinal game to advance to the championship match after defeating Lennie Boresch Jr. of Kenosha, Wis., 213-194, in the first match.

Jasmin earned the number one spot in PWBA qualifying with a 1,645, seven-game pinfall total followed by Ashly Galante of Palm Harbor, Fla. with 1,571; Jessica Lesagonicz of Atlanta, Ga., 1,557, and Giselle Poss of Montgomery, Ill. with 1,505 pins.

Caso, the top qualifier for the PBA stepladder finals, posted with a 9-3 match play record and 4,844 pinfall total. He and Chris Polizzi of Spring Hill, Fla., tied in the title match, 228-228, before Caso threw two strikes to win the one-ball, sudden death roll-off. Polizzi struck on his first shot, but left a 7 pin on his second.

In the first stepladder match, Polizzi defeated Vic Florie of Richmond, Va., 232-204. In the semifinal match, Polizzi eliminated amateur Brian Dennis of Creedmoor, N.C., 243-176. In addition to his second win of the year, Caso pocketed $2,200.

Amateur Mike Karch of Edgewood, Wash., defeated Derek Gregory of Chowchilla, Calif., 199-138, to win the PBA50 Dick’s Pro Shop Northwest/West Open at Linn Lanes in Lebanon, Ore., Sunday. Karch earned $2,500 but does not receive credit for a title because he isn’t a PBA member.

Karch defeated PBA Hall of Famer Parker Bohn III of Jackson, N.J., 247-237, and Gregory defeated Craig Miller of Tracy, Calif., 201-184, in the semifinal round to set up the championship match.

The only PBA Regional event on Nov. 10-12 weekend is the PBA50 Gastonia South Open presented by Brunswick at George Pappas’ Liberty Lanes in Gastonia, N.C.

One event is on the PBA Regional calendar for the Nov. 17-19 weekend: the La-Z-Boy Central Challenge for non-titlists at Monroe Sports Center in Monroe, Mich.