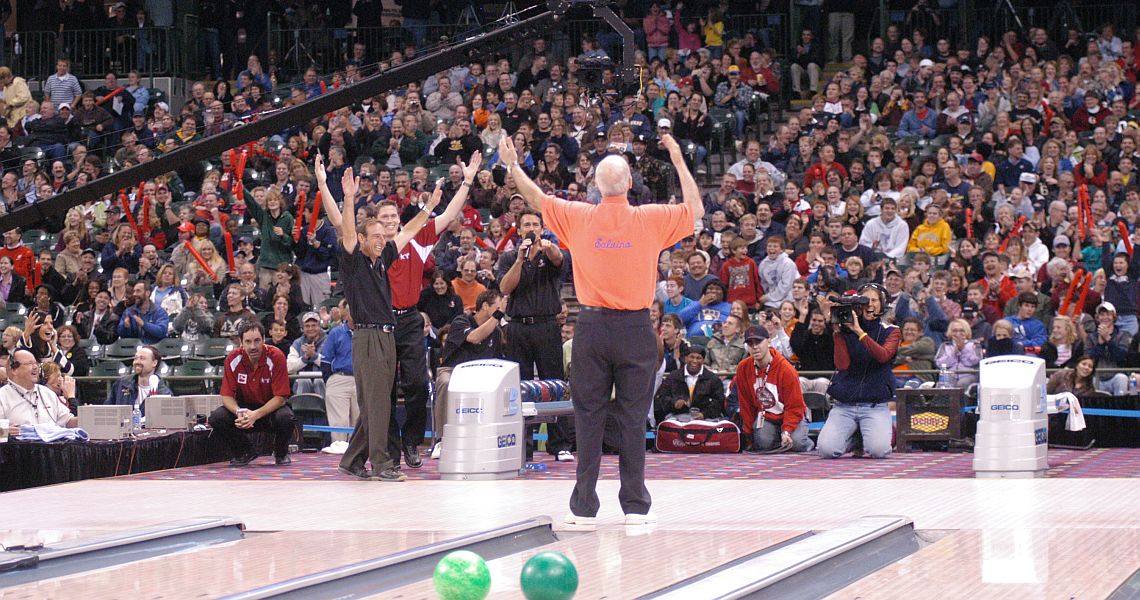 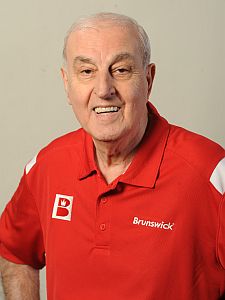 When timeless Professional Bowler Association star Carmen Salvino laces up his bowling shoes and throws his first ball in competition in the Go Bowling! PBA 60th Anniversary Classic on Tuesday, Feb. 13, at Woodland Bowl, he’ll set a record that will never be matched.

At age 84, PBA’s most famous showman will become the only player to bowl in the first PBA tournament ever held – the 1959 Empire State Open at Schade’s Academy in Albany, N.Y. – and the 2018 tournament at Woodland Bowl that will celebrate the PBA’s 60th year of continuous competition.

He’ll break his own record which he set when he bowled in the PBA’s 50th anniversary gala in Las Vegas at the age of 74. And he’ll improve upon his own record as the oldest player ever to bowl in a PBA Tour event.

“I bowled in the 50th in Las Vegas, and I’ll probably be around to bowl in the 70th,” he said with a chuckle. “I hope there are still bowling writers around, too. I need the press. I need people to get the word out. I’m still going for headlines.

“It makes sense to me to bowl (in Indianapolis),” the 17-time PBA Tour titlist and 1975 PBA Hall of Fame inductee said. “Not only did I bowl the first tournament in PBA history, but I was one of the seven guys who met before the meeting (in 1958) to create the PBA.”

The formation meeting Salvino referred to was a gathering of 33 of the most famous bowlers of that era in Syracuse, N.Y., in 1958, where they each pledge $50 to PBA founder Eddie Elias to become the founding members of the new organization.

Before that famous meeting, Dick Hoover, Dick Weber, Don Carter, Whitey Harris, Steve Nagy, Buzz Fazio and Salvino met in New Jersey with Elias, an attorney from Akron, Ohio, who was introduced to the group by Hoover.

“Elias had talked to Carter and he flew in to talk to us about creating a new tournament program for the bowling stars of the era,” Salvino said.

“I was there representing Chicago. The group was composed of guys who were the most important bowlers in their regions. Elias was talking during the meeting and someone started talking; I think it was Fazio.

“I remember I had a Coke bottle, and I slammed it on a desk to make them shut up and listen. After that Eddie called me his sergeant-at-arms (Salvino laughed). Eddie would call me privately to talk about problems because he knew I wouldn’t give him any crap; I’d always give him an honest answer.”

Salvino, who exudes confidence and wears his age as a badge of courage, has a lifetime of stories to tell, but even in his advancing years, he is taking his competitive abilities as seriously as he did when he became a PBA founding member at age 25, back in 1958. 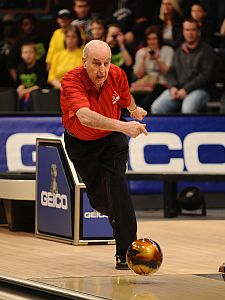 “I’m getting in shape,” he said as he prepares for his 731st career PBA Tour event. “I’m lifting weights, having soreness in muscles I didn’t know I had. I’m getting my (ball) speed up again. When people watch me throw the ball, they’re going to be surprised I can throw the ball with speed and hook.

Salvino has enormous respect for today’s young PBA stars, but he also issued a warning.

“These young kids are great bowlers,” he said. “I’ll probably make a little speech in the locker room before we start and I’ll tell them I’m 84, and if I don’t come in last, the guys I beat are going to hear from me.

“They needle me a lot, but that’s what I love,” he continued. “I’ll give it right back to them. That’s the part of the game I miss. If they don’t needle you, that means they don’t like you. I’m going to bowl because I can still go in the locker room and get that feeling that I’m 24 again. You can’t buy that feeling.”

Salvino is also coming to Indianapolis because it’s an easy drive from his home in Schaumburg, Ill.; his wife of 61 years (Ginny) can come along, and he wants to hear the PBA Hall of Fame induction speeches by Chris Barnes, Ron Mohr and the late Don Mitchell‘s representative, which will be part of the Go Bowling! PBA 60th Anniversary Celebration dinner Saturday evening, Feb. 17.

“Ginny’s coming to watch,” he said with another laugh. “The woman’s up for sainthood. Anyone who can be with me for 61 years and still be sane deserves sainthood.”

Regarding the hall of fame ceremonies, he noted, “I want to hear from the guys who are inducted. On the lanes, you hear them from a different viewpoint, but hall of fame speeches always give you a different side of their personalities.”

Go Bowling! PBA 60th Anniversary Classic competition will begin on Tuesday, Feb. 13, and it will conclude on Sunday, Feb. 18, when the top five players will compete in the live ESPN finals at 1 p.m. EST.

The tournament, which is part of the 2018 Go Bowling! PBA Tour schedule, will feature a format that was a standard for years – 24 games of qualifying followed by the top 24 qualifiers meeting in 24 games of head-to-head, round robin match play.

All of the preliminary rounds will be live streamed on PBA’s online bowling channel, Xtra Frame.

Admission tickets for the tournament and for the 60th anniversary celebration dinner can be purchased online. To enter the Go Bowling! PBA 60th Anniversary Classic pro/am, call Woodland Bowl at 317-844-4099.