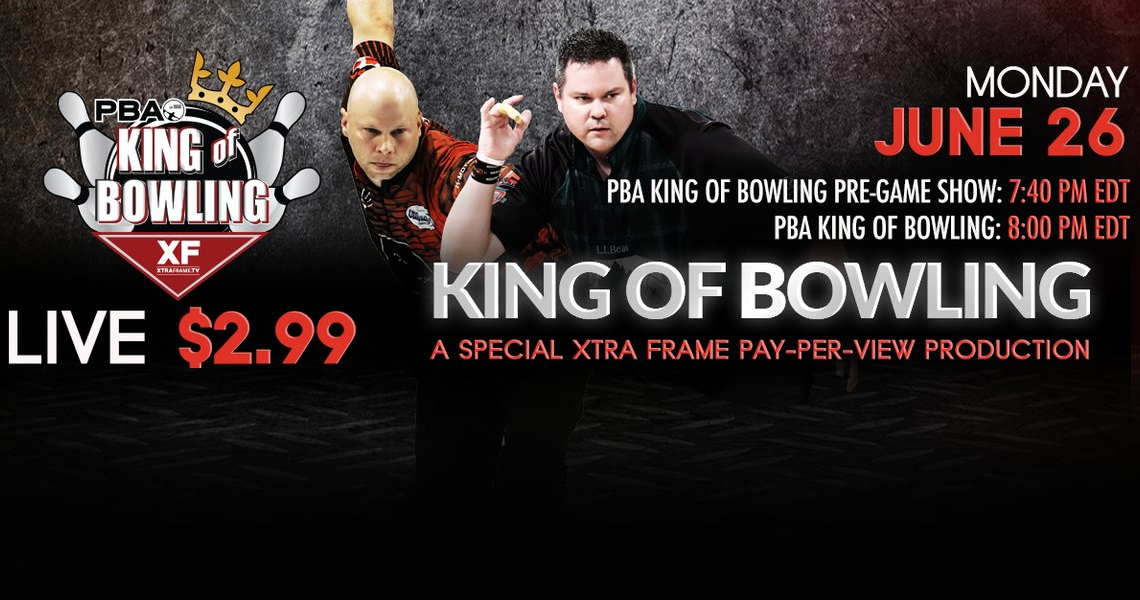 Will Jones remove Malott’s crown in King of Bowling duel? 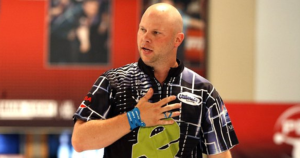 The question of the week is, can Wes Malott retain his “King of Bowling” crown one more time against a sure-fire future PBA Hall of Famer, South Carolina’s Tommy Jones?

In an online vote, PBA fans selected Jones (pictured left) – an 18-time PBA Tour titlist, former Rookie and Player of the Year – as Malott’s opponent for the next chapter of PBA’s King of Bowling challenge series.

The pay-per-view match will begin with a pre-game show at 7:40 p.m. EDT on Monday with the match starting at 8 p.m. For subscription and schedule information click here. 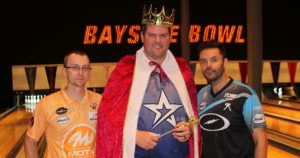 PBA Hall of Famer Randy Pedersen will man the Xtra Frame announce booth and Chris Barnes, the first player Malott dispatched to start his winning streak, will work the event as Xtra Frame’s “sideline reporter.” Barnes will be in the settee with the players asking them questions before, during and after the match.

Two days of live ESPN coverage of the Oklahoma Open’s nine-player stepladder finals is set for Saturday and Sunday, July 1-2, at 1 p.m. EDT both days. Live ESPN coverage also will be available on ESPN and the WatchESPN app.

The Hardwick Memorial Open, which will limit all players to using two low-tech polyester plastic bowling balls for the duration of the tournament, is the sixth PBA Xtra Frame Tour event of the season, offering a $10,000 first prize and a PBA Tour title if the winner is a PBA member.

WBT points events yet to be contested include next week’s PBA Oklahoma Open, the Sweden WBT in Malmo, Sweden, Aug. 14-28, and the Thailand WBT in Bangkok, Sept.30-Oct.

The Kuwait construction issue also led to the cancellation of planned WBT events in Bahrain and Saudi Arabia. World Bowling has awarded the 2021 World Championships to Kuwait. 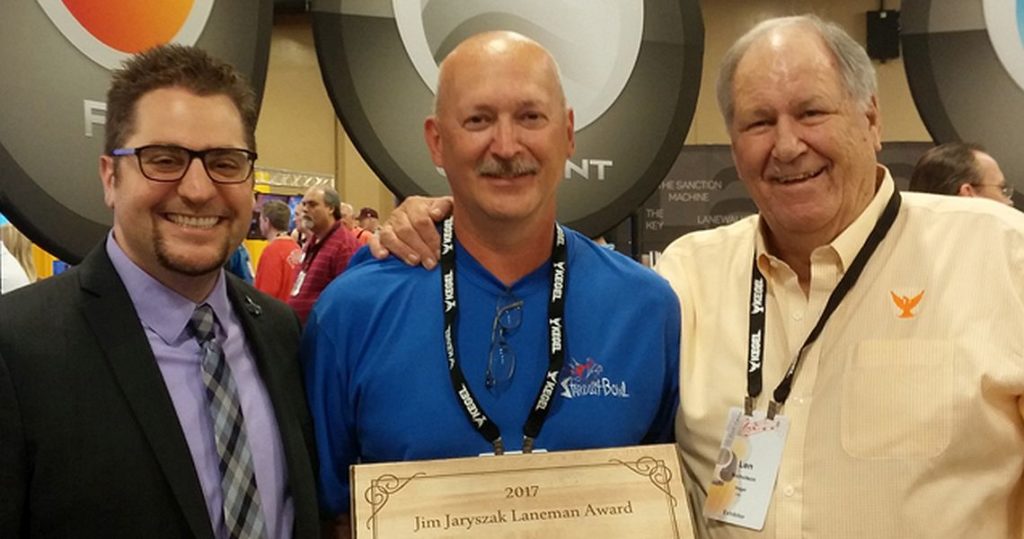 Bob Hileman of Portage, Ind., a three-time PBA Midwest Region Pat Patterson Award winner, has been named recipient of the 2017 Jim Jaryszak Laneman Award by the United States Bowling Congress Equipment Specifications and Certifications team in recognition of his behind-the-scenes work as a laneman.

“It was a total surprise,” said Hileman, who competed in 205 PBA Regional events, winning his only title in Raytown, Mo., in 2002.

“I’m deeply honored and humbled at the same time. Jim Jaryszak and I were very good friends, and I miss him dearly. To have my name associated with all the lanemen in the world – Lenny Nicholson, John Davis, everyone – I’m quite honored.”

Hileman has been the laneman at Stardust Bowl II in Merrillville, Ind., for more than 35 years. He was instrumental in running PBA national and regional events held at Stardust Bowl, including the PBA Tour Trials. He earned his Pat Patterson Awards for individual contributions toward the PBA Midwest Region program.

Past recipients include Sam Baca, the PBA’s first Director of Lane Maintenance; Kegel founder John Davis, and PBA Tour titlist John Forst, who died hours after receiving his award in 2016 of circumstances related to terminal brain cancer. Len Nicholson, also a former PBA director of lane maintenance and a member of the PBA Hall of Fame, was the first recipient of the award. 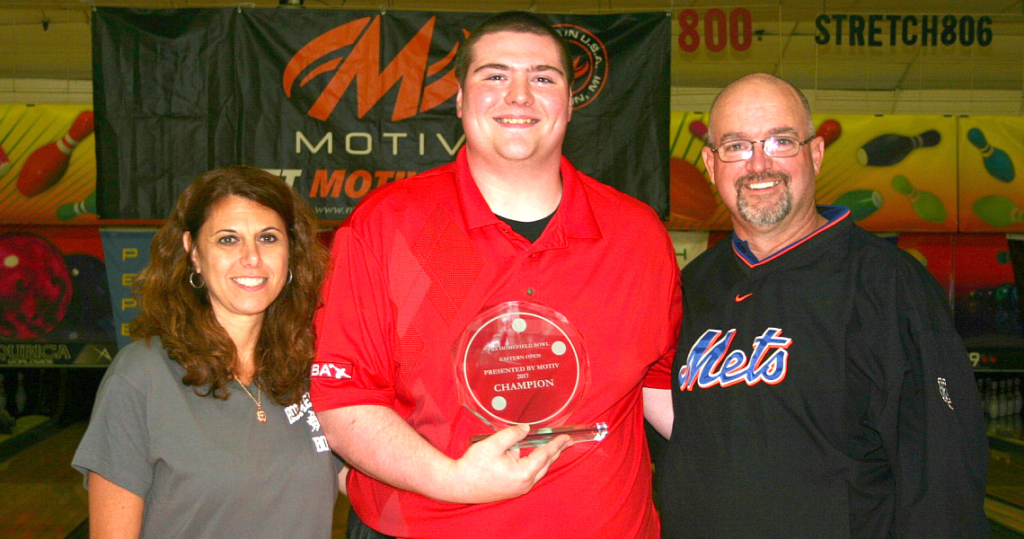 The win, his first in seven years of membership, proved a perfect Father’s Day gift to his father Bob. His father, also a PBA member, arrived during the match play finals along with the rest of the Andretta family.

Andretta, who earned $3,000, compiled a 10-2 match play record to qualify second. He defeated Jon Van Hees of Charlestown, R.I., 257-209, in the semifinal match to advance to the championship game. Van Hees eliminated defending champion Billy Asbury of Odenton, Md., 224-205, in the preliminary match.

The match turned in Menini’s favor when he converted the 3-4-6-7 split in the sixth frame. Beres was unable to string strikes and when he left a 7 pin in the ninth frame, Menini doubled in the 10th to claim his second PBA Regional title and the $2,300 winner’s check.

Menini, who finished qualifying in eighth place, defeated top qualifier AJ Johnson of Oswego, Ill., 3-1, in the best-of-five-game Round of 8 and earned his way to the championship match by defeating Nathan Michalowski of Brookfield, Wis., 2-0, in the best-of-three semifinal round.

Beres advanced by defeating Christopher Hill of Franklin, Wis., 3-1, in the Round of 8 and defending champion Tom Hess of Urbandale, Iowa, 2-0, in the semifinal round.

Young, a former three-time Junior Team USA member, earned $2,500 for the win but he doesn’t get credit for a PBA title because he’s a non-member. 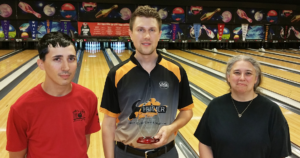 Also scheduled for the June 30-July 2 weekend is the PBA and PBA50 Vanessa Brown Homes West Opens, both presented by Columbia 300 at Yosemite Lanes, in Modesto, Calif.