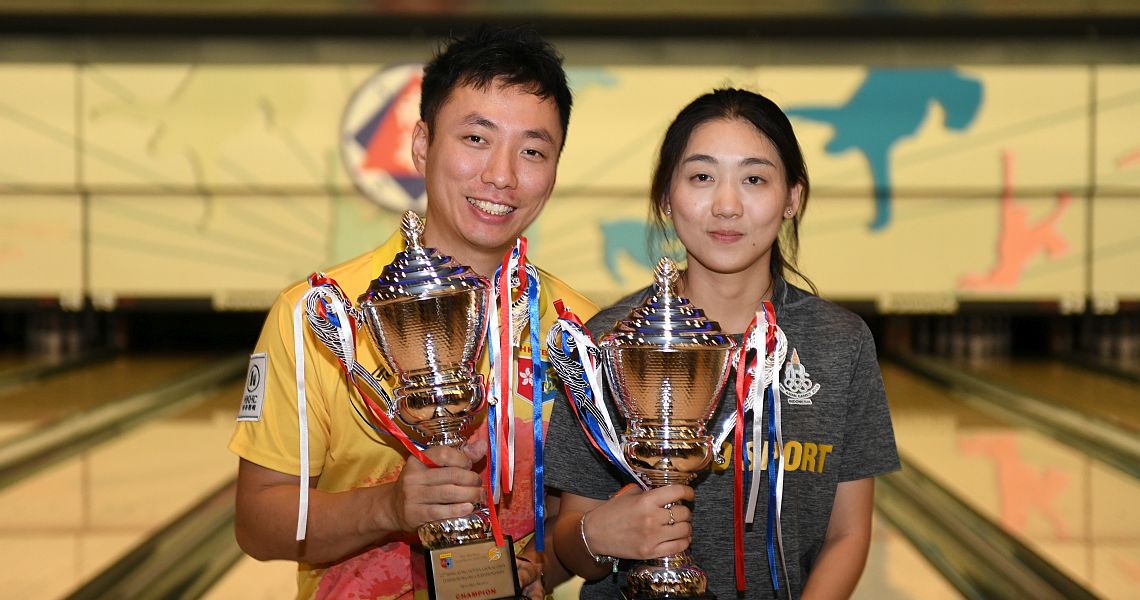 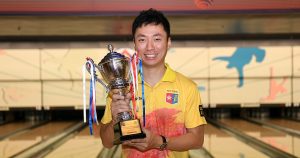 Wu (right), who lost a roll-off for third place against Jonovan Neo of Singapore, 242-225, to enter the six-player stepladder finals in fourth place.

The 34-year-old right-hander climbed the ladder and defeated tournament leader Darren Ong of Singapore twice, 229-146 and 227-155, to win the Hong Kong Open for the sixth time in the 44-year history of the event. The World and World Cup champion received 60,000 Hong Kong Dollars (approx. US$7,600) for the victory.

As the no. 4 seed, Wu faced no. 5 Merwin Tan of the Philippines and his compatriot sixth-seeded Tony Wong in the opening shootout match, were he flew past his opponents, 277 to 231 (Wong) and 224 (Tan). 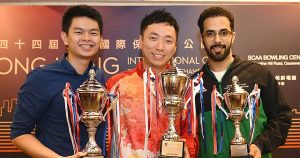 Wu carried the momentum into the semi-final match and defeated second-seeded Hassan Alshaikh of Saudi Arabia and took revenge against Neo, 226-209-187, to earn the right to bowl Ong for the title after an 11-year hiatus. 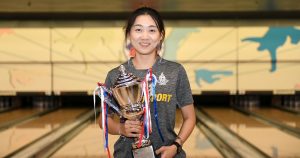 In the women’s division, Yanee Saebe (right) earned the no. 1 seed by averaging 229.25 for eight games, outlasting second-seeded Bernice Lim by 100 pins. Both players met in the title match, in which Lim had to defeat Saebe twice to win the title, while Saebe needed only one win.

Lim, who was the best of four Singaporean women in the stepladder finals, defeated fourth-seeded Daphne Tan and Joey Yeo in an all-Singaporean semi-final match, 235-223-201.

Tan advanced to the semi-final by defeating her fellow countrywoman Shayna Ng, seeded sixth, and no. 5, Hee Kar Yen of Malaysia in a low-scoring encounter, 186-182-164.

The top 16 men and top 16 women in the Hong Kong Open qualified for the third leg of the 2018 Asian Bowling Federation (ABF) Tour which will be contest Sunday at the same bowling center. 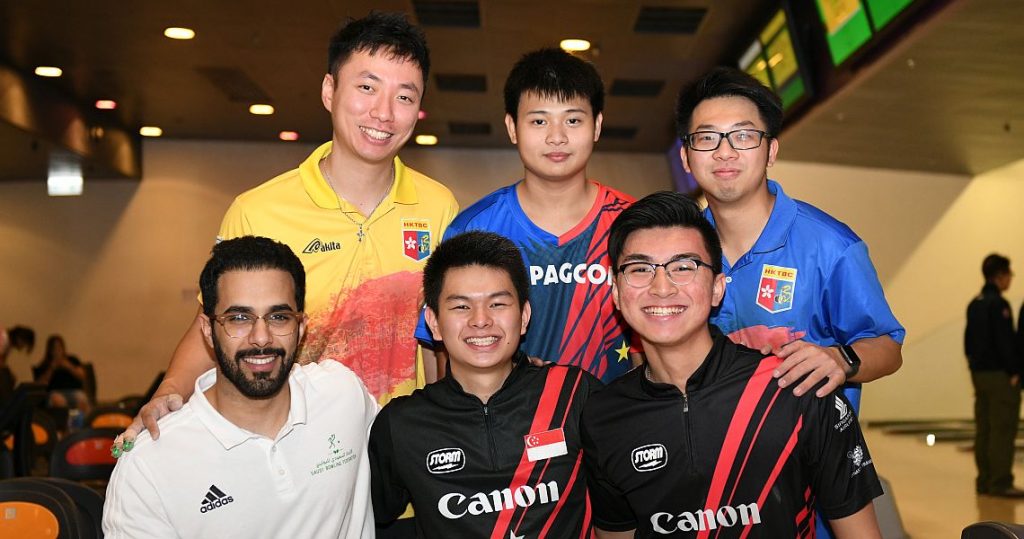 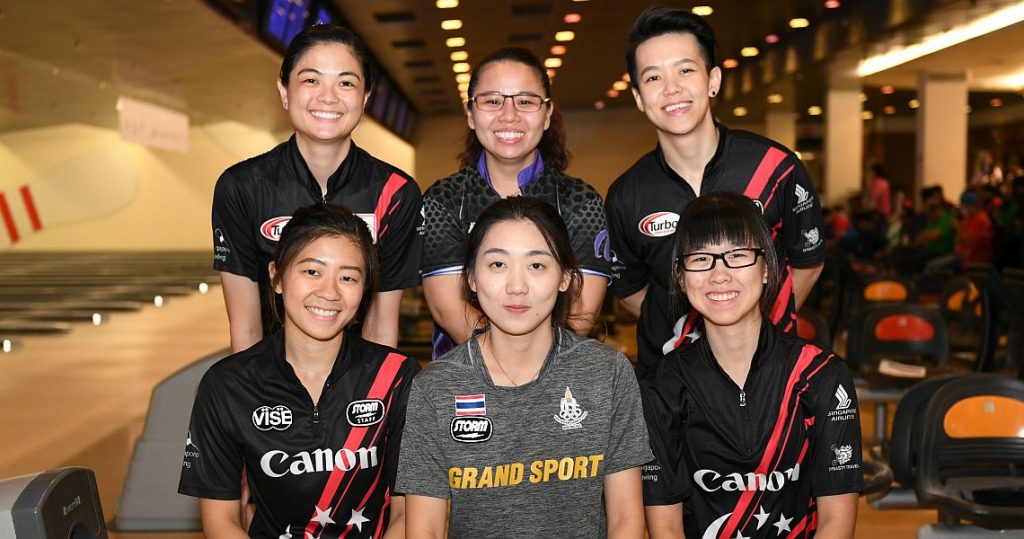 Top 6 advance to the stepladder finals.

Top 6 advance to the stepladder finals.

Top 18 meet the top six qualifiers in Round 2.

Top 15 meet the top six qualifiers in Round 2.

Total 39 players advance to the finals; top 3 of the Local and Overseas Pool receive a first-round bye.

Total 30 players advance to the finals; top 3 of the Local and Overseas Pool receive a first-round bye.