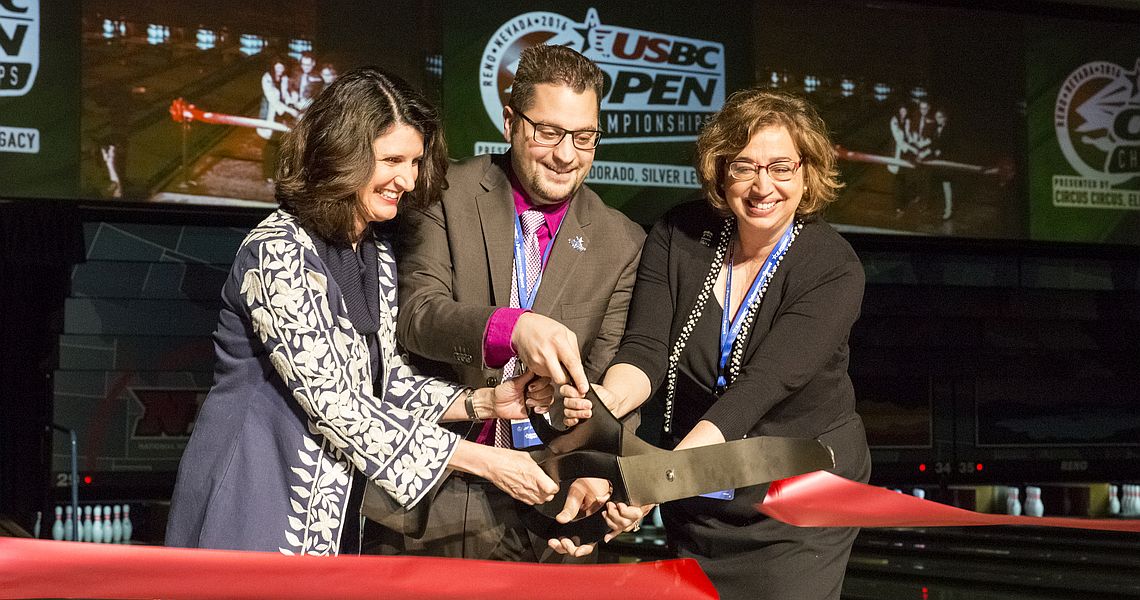 06 March, 2016
ChampionshipsOpen Championships
1461
Ads
The Biggest Little City in the World has hosted the United States Bowling Congress Open Championships more than any other city, and the tournament’s latest visit to Reno kicked off Saturday with a mix of tradition and flair.

The National Bowling Stadium opened its doors to the USBC Open Championships for the 10th time, marking the event’s record 13th trip to Reno, and the first of nearly 8,000 five-player teams made the ceremonial march down Center Aisle. 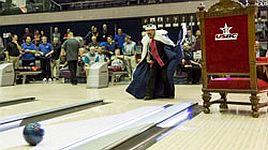 Led by Joe Bowler, a tradition that began in 1951, hundreds of bowlers, fans, friends, family and dignitaries helped usher in the 2016 tournament, which will run for 129 days, concluding July 11.

The Opening-Day festivities included a ribbon-cutting, traditional Mass Ball Shot Ceremony and live entertainment from the cast of “Footloose,” a musical based on the Oscar-nominated film, playing at the Eldorado Theatre until April 17.

In his formal responsibility as Joe Bowler, after a warm-up shot, 58-year-old left-hander John Matarazza of nearby Fallon, Nevada, delivered a Brooklyn strike to officially start the tournament.

The opportunity was one Matarazza hoped for in planning to bowl on the tournament’s opening squad, and it’s one he’ll never forget.

“It was great, really awesome,” said Matarazza, who made his 13th consecutive Open Championships appearance and second on opening night.

“There were a lot of nerves, especially after the gutter ball, but I redeemed myself by knocking them all down on the next shot. My buddy kept telling me all week I was going to be the one named Joe Bowler. I didn’t think it would happen because I’m local, from not too far away.” 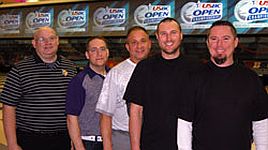 “It’s great to be on the leaderboard, no matter what day of the tournament it is,” Walters said. “We typically bowl opening weekend because it’s usually cold in Minnesota, and the tournament gives us a chance to go somewhere warmer. We’ve been bowling together for 20 years, and we really come to have fun.” 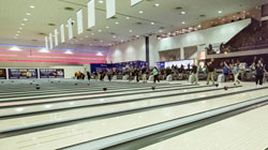 Competition resumes Sunday morning with the first doubles and singles squad of the year and will run daily from 9 a.m. until approximately 1 a.m. through July 11.

The Forty Frame Game is being contested in the Kingpin Club on the venue’s ground floor. For more information on the Open Championships, click here.