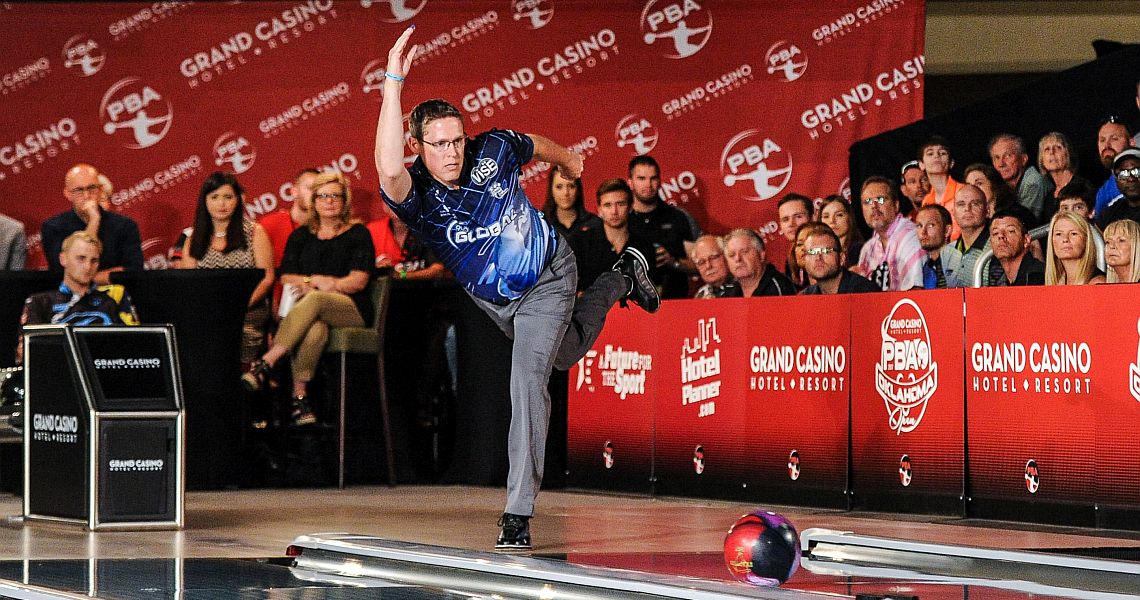 They will be inducted into the PBA Hall of Fame on Saturday, Feb. 17, at the Marriott North in Indianapolis as part of the Go Bowling! PBA 60th Anniversary Celebration.

Chris Barnes (pictured left and above), 47, is one of five players to win both PBA Rookie and Player of the Year honors. He is one of six players to complete the PBA Triple Crown (2005 U.S. Open, 2006 PBA Tournament of Champions and 2011 PBA World Championship), and he ranked among the top 10 in PBA earnings for 16 consecutive seasons.

He was a late-comer to PBA competition after four years as a member of the Wichita State University bowling team, a starring role with Team USA and a prolific nine-year career as a “professional amateur.”

After joining the PBA just before his 28th birthday, he won PBA Rookie of the Year honors and added PBA Player of the Year honors 10 years later, joining Mike Aulby and Tommy Jones – at the time – as the third player to win both of those honors.

In 379 PBA Tour tournaments, Barnes finished in the top five 91 times (an impressive 24 percent of the time) and cashed in 296 (78.1 percent of tournaments entered).

All of that came years after a surprising performance in the Coca-Cola National Youth Championships as a youngster diverted his attentions away from a promising future as a basketball player growing up in Topeka, Kan.

“In high school, I was 100 pins behind Lonnie Waliczek in the state Coca-Cola Youth Championship qualifier, Barnes said of his future fellow PBA competitor.

“I figured I was the fourth-best bowler in Kansas, but I bowled Lonnie in the next to last game and won. And then I won the championship, so I got to go to the national finals. That’s where I found out how good the other guys in Kansas were.”

He then joined Waliczek on the powerful Wichita State team – founded by Lonnie’s father, Paul – and was the last player selected to make the roster in his freshman year.

“Between that and calculus class in the morning, I was re-thinking my decision to not play basketball,” Barnes said.

But he began to apply his four-hours-a-day basketball practice regimen to bowling. At 19, he qualified for the nationally-televised Brunswick Bowling Shootout, where he competed against Mark Roth, Marshall Holman and women’s star Lisa Wagner, he launched a profitable “megabucks” career and he began a string of 15 berths on Team USA – most of those at a time when pros were not allowed to bowl in international competition.

In 1998, Barnes decided “it was time to take on the best of the best and find out where I could fit in.”

Looking back, Barnes said, “after my late start, you realistically don’t know what’s possible. I didn’t know if I could win out there; I just wanted to find out how well I could bowl against those guys.

After he got his call from PBA CEO and Commissioner Tom Clark, the reality began to set in.

“It’s pretty cool to have my name next to the guys I’ve idolized,” Barnes said. “I got to bowl against Dick Weber. I’ve been lucky to be able to play a game for a living, and make more money than a kid from Topeka ever imagined. <

Ron Mohr (left), who has established one of the most successful track records in PBA50 Tour history (ranking among the top 10 in every key statistical category every year he has competed as a “senior” player), took a more indirect path to the hall of fame.

After growing up in Fort Wayne, Ind., Mohr moved to Alaska at age 23 where his brother was serving in the U.S. Air Force. A 170-average bowler back in Indiana, he got a job in a bowling center in Anchorage, and that’s when he found out timing is everything.

He was dating a girl whose father worked for the Federal Aviation Administration at the time President Ronald Reagan fired all of the striking air traffic controllers who refused his order to return to work. Mohr was encouraged to apply for a position and, after training, wound up working as an air traffic controller in Alaska for 25 years.

He also had advanced his bowling skills and knowledge during his time at the Anchorage bowling center, and got serious about the game. In 1988, he shocked himself by earning a berth on Team USA.

“That’s when my game really started to develop, mentally as well as physically,” Mohr said. “It convinced me even more that I could be competitive. As a Team USA member, we got seeded spots into some tournaments (the U.S. Open and USBC Masters among them); it was incredible just to be exposed to that level of competition.

“That’s when I began to dream that I might be competitive one day. I knew I had a lot to learn, but decided if FAA gave me the time off, I’d become the best bowler I could be.”

What Mohr also found out was that having a physical edge on the competition would serve him well.

“I keep a log, just to amuse myself. I’m at about 2.7 million sit ups over the last 18 years. I’ve done just a little over a million pushups. Lord knows how many miles on my bike…”

Today, Mohr said, “I couldn’t hardly be any better. By no means did I think (getting elected to the PBA Hall of Fame) was a foregone conclusion. I kept my fingers crossed and it turned out just right. I couldn’t be happier.”

Other than his opportunities as a Team USA member, Mohr had never bowled in PBA-level competition. But when he retired from his air traffic controller position in 2008, he decided to try the PBA50 Tour.

“I bowled the first two as a non-member because I didn’t know if I’d be competitive, and I bowled okay,” he said. “So I joined and promptly failed to cash in the next one.

“Finding out I could be competitive was quite an epiphany,” he continued, “and to win PBA50 Player of the Year the next year was beyond rewarding.”

In his breakout season in 2009, Mohr won three of his nine career titles en route to his first POY award (he won again in 2011). In nine full seasons as a “senior” bowler, he has finished in the top 10 in earnings and averages each year. He has never had a season averaging below 220.

In the 103 PBA50 Tour events he has entered, Mohr has cashed an impressive 97 times (94.1 percent success rate) and has finished in the top five 34 times, one in every three tournaments entered.

He also suffered through one of those frustrating streaks where he had 17 top five finishes without winning a title between 2012 and 2017, but in the two years since reaching age 60, he earned PBA60 Player of the Year in both years.

The PBA50/Senior division of the PBA Hall of Fame was established in 2009 to recognize players for their accomplishments after reaching the age of 50. 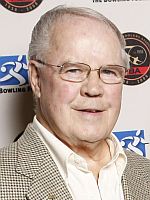 Don Mitchell (left), who succumbed to cancer in 2012 at the age of 80, went from managing a small bowling center in Indianapolis to developing the Royal Pin Leisure Centers chain, which has hosted dozens of showcase events at all levels of bowling.

Its centerpiece – Woodland Lanes on Indianapolis’ north side – has hosted every major championship the PBA has offered, and in 2018 will again be the focal point of the PBA Tour when it hosts the Go Bowling! PBA 60th Anniversary Classic, Feb. 13-18.

“Oh my gosh, what a great honor,” said Mitchell’s daughter, Donna Leimgruber, on behalf of her brothers, David and Craig Mitchell. “He would have been thrilled. He was such a good guy. I cannot express to you what this honor would mean to him.

“He always wanted to stay in the background. He might have been embarrassed with the recognition, but I can tell you he would be glowing with pride if he was still here. Bowling was my dad’s life and he lived it to the fullest.”

Maybe one of Mitchell’s closest admirers was his close friend, PBA Hall of Famer Mike Aulby, who Mitchell sponsored on tour for most of Aulby’s career.

“Don was one of the great bowling people,” said Aulby. “He loved the industry and the people in it. Don knew the importance of the Tour and its promotional value for the sport as a whole—he was very innovative.”

Mitchell’s bowling center empire grew from one center in 1974 to multiple centers with more than 300 lanes and five pro shops. He was a vocal advocate for the PBA as the sport’s most prominent promotional vehicle, and he put his money behind his passions. He was equally enthusiastic as a bowler, competing in 50 USBC Open Championships.

Mitchell, who becomes the first bowling proprietor elected to the PBA Hall of Fame exclusively because of his role as a bowling center owner, has previously been inducted into the Indianapolis and Indiana Bowling Halls of Fame. Upon his death, the Indiana Bowling Centers Association created the Don Mitchell Meritorious Medal Award in his honor. 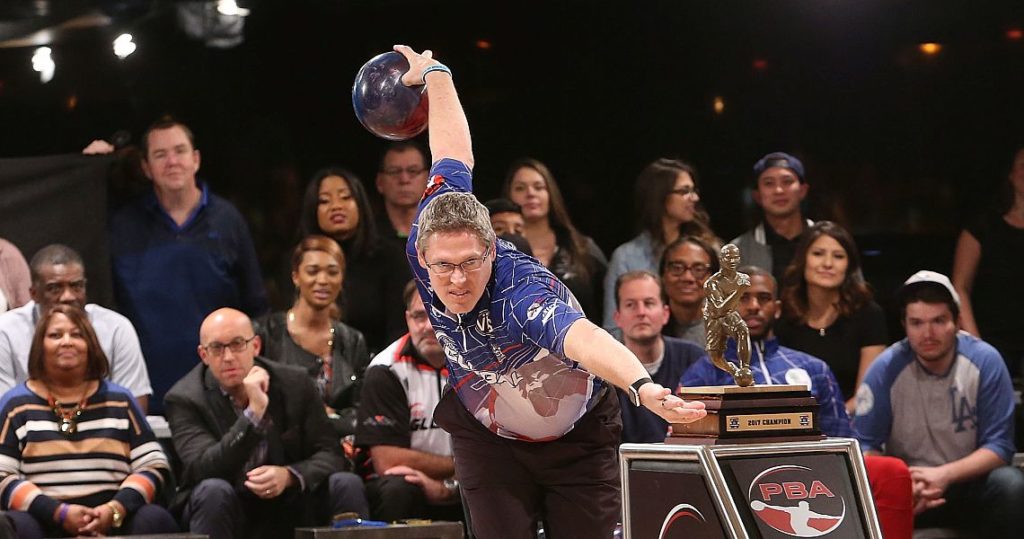 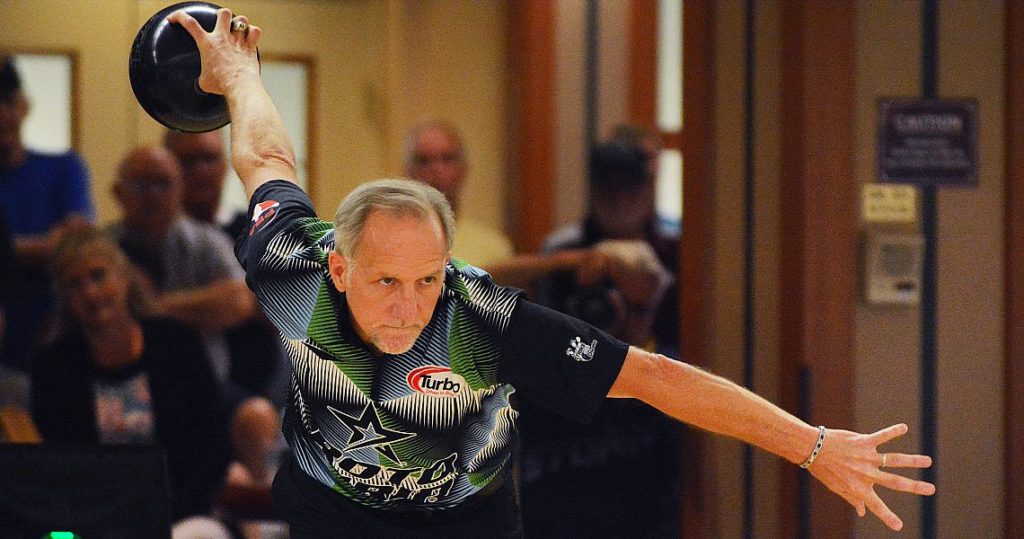