24 May, 2017
Open Championships
2751
Ads
As the highlight of a high-scoring afternoon May 20 at the 2017 United States Bowling Congress Open Championships, USBC Hall of Famer Doug Kent and his son, Jacob Kent, of Newark, New York, cruised into the Regular Doubles lead, posting a 1,425 total at the South Point Bowling Plaza. 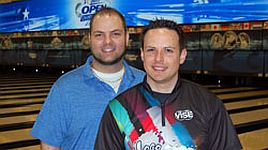 The Kents (pictured above) bested their teammates, Chris Bardol of Brockport, New York, and Tim Pfeifer of Oakdale, Pennsylvania (right, l-r), who grabbed the lead moments earlier with 1,417, propelled by a 300 by Bardol in the second game.

Ryan Zagar of Racine, Wisconsin, and Tylor Greene of Davison, Michigan, both former college teammates of Kent at Robert Morris-Illinois, a team Bardol helped coach, previously held the lead in Regular Doubles with 1,409.

After leaving and converting a 4 pin in his final frame, Jacob Kent struck on his fill ball to complete the performance, something he describes as a total team effort.

Doug Kent and Chris Bardol each shot 721 in doubles, while Jacob Kent and Pfeifer had 704 and 696, respectively. Bardol’s 300 was the fourth of the 2017 Open Championships and first in doubles.

“It was a lot of fun out there, and we definitely were driving each other along the way, something we did back in college, too,” said Jacob Kent, a 25-year-old right-hander who made his fifth Open Championships appearance.

“My dad and I have never gotten to bowl doubles together, so we decided to switch up the partners this year, so we could pair up. We practiced and really worked hard to get ready, so to bowl as well as we did means a lot. It’s an unbelievable feeling.”

The doubles excitement was one piece of an exciting bigger picture that included a run at the lead in Team All-Events, a top-10 effort in team and two top 10s in Regular All-Events. 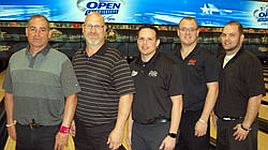 Collectively known as Rose Bowl Lanes of Rochester, New York (left), the group settled into second place in Team All-Events with a 9,867 total and eighth place in Regular Team with a 3,167 total May 19.

Pfeifer, a former member of Team USA and Junior Team USA, as well as the men’s champion at the 2007 Intercollegiate Singles Championships, set the pace for Rose Bowl Lanes with a 2,069 all-events total, which is fifth overall, and he was followed closely by Bardol, the 2010 ISC winner, who is sixth in Regular All-Events with 2,065. 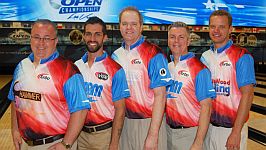 Jacob Kent edged his father 2,017-2,012 in the all-events standings, and left-hander Ken Muscato of Canandaigua, New York, rounded things out with 1,704. 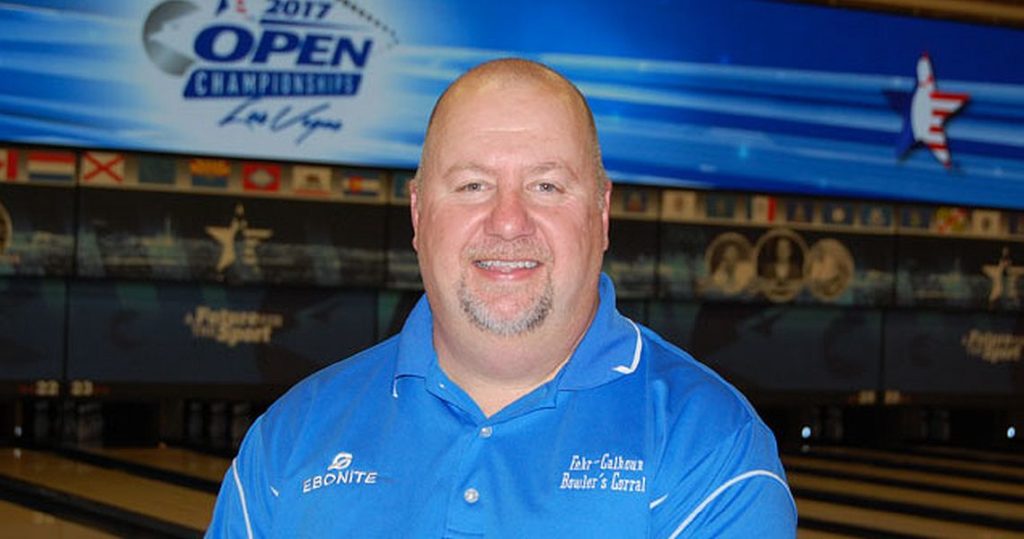 Before competition started May 20 at the 2017 USBC Open Championships, only three perfect games had been rolled through 91 days of competition at the South Point Bowling Plaza.

By the end of the 92nd day, the total was up to six, as Marc Massie of Alexandria, Kentucky, and Sheldon Cole of Durham, North Carolina, added their names to the list during the final squad of the day. Chris Bardol of Brockport, New York, fired the first 300 of the day during an earlier doubles and singles squad.

Massie (above), a 47-year-right-hander who made his 20th tournament appearance, struck on 17 of his first 18 shots of singles. He became the 29th bowler in 114 years of Open Championships competition with multiple 300s on the championship lanes. His first came during his team event at the 2014 tournament at the National Bowling Stadium in Reno, Nevada. 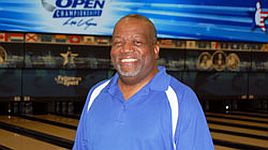 Cole (right) made his first appearance at the Open Championships since 2013, and he celebrated his return to the biggest stage in bowling with a perfect game and the highest series of his 15-year tournament career.

The 58-year-old right-hander is one of a few hundred bowlers pulling double duty this week by competing in the Open Championships and The National Bowling Association (TNBA) Annual Tournament, being held at a pair of local bowling centers. 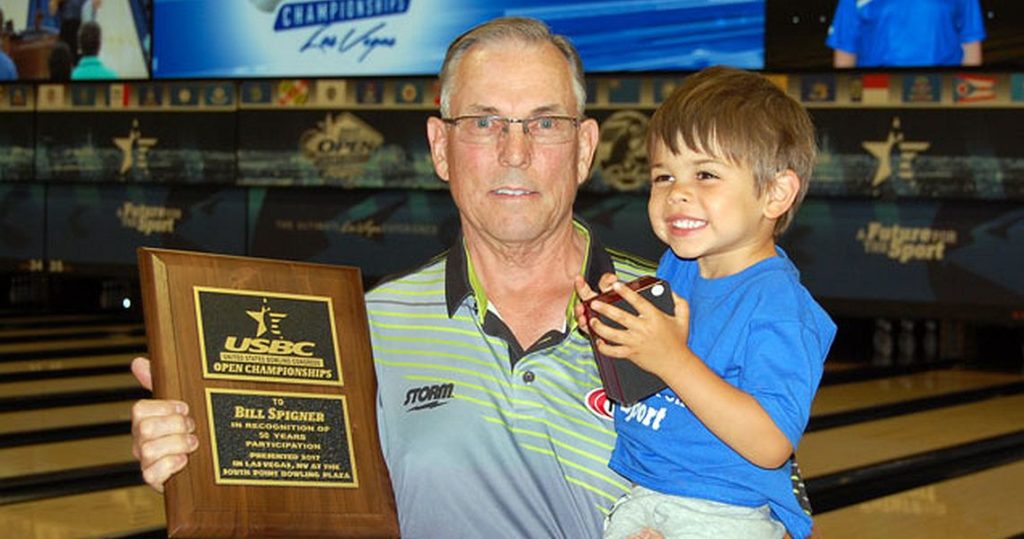 The 67-year-old right-hander was surrounded by friends and family and joined on the lanes at the South Point Bowling Plaza by his two sons, Jim and Robby. He received a plaque, chevron and diamond lapel pin to commemorate the achievement.

Spigner’s lone win at the Open Championships came as a member of the Pollard’s Bowl team of Versailles, Indiana, that claimed the 1996 Team All-Events title with a record score of 10,425. The record stands today.

Also May 21, Richard Van Rossem of Canton, Illinois, reached 55 years of participation at the Open Championships.

He made his tournament debut at the 1963 event in Buffalo, New York, and has returned to the tournament lanes every year since. He received a plaque, chevron and engraved watch at the South Point Bowling Plaza to commemorate the achievement. 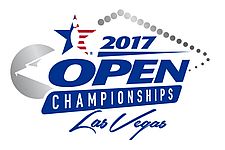 Dennis Lane of Kingsport, Tennessee, will make his milestone march to the lanes May 23, while USBC Hall of Famer Bob Chamberlain Sr. of The Villages, Florida, hits five decades of Open Championships bowling May 25.