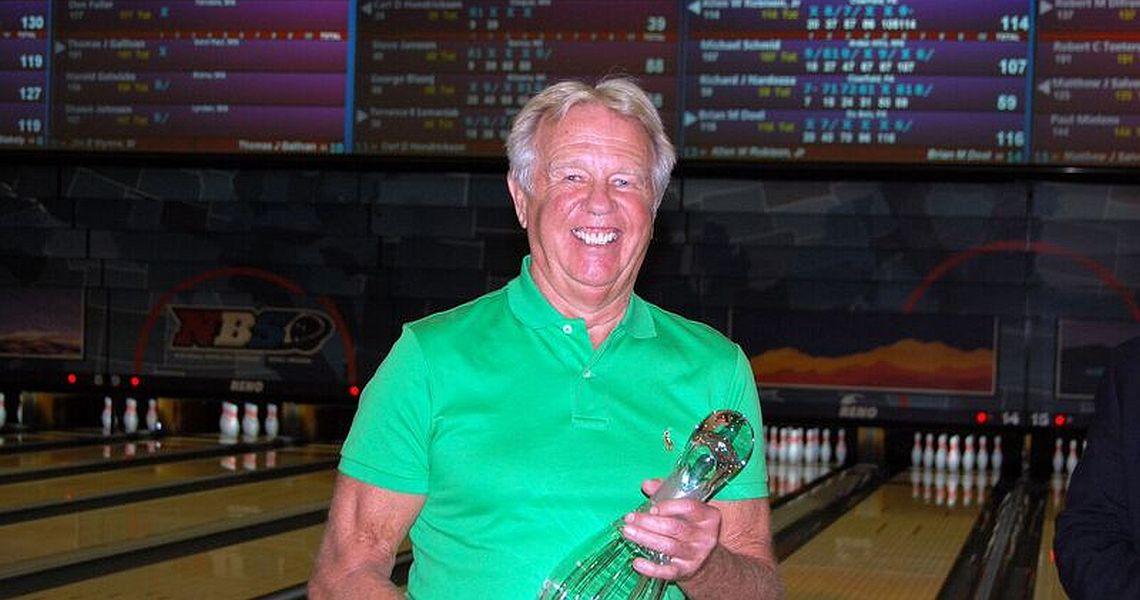 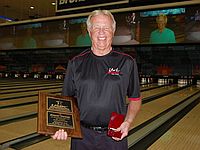 Robert Teeters of Lapel, Indiana, found himself in the spotlight two different times this week at the United States Bowling Congress Open Championships. The 73-year-old started his trip to the National Bowling Stadium in Reno, Nevada, with a memorable march down Center Aisle on May 7 as he became the 21st bowler in 113 years of USBC Open Championships history to reach 60 years of tournament participation.

He returned to the lanes May 8 to add his name to another elite list as the 19th member of the event’s 100,000-Pin Club. Teeters entered the 2016 tournament needing 1,216 pins to reach the 100,000-pin plateau and he got there with a seven-count on the fill ball of his first game of singles.

“I was pretty lucky to get started as young as I did, and it’s really special to still be going strong and be able to reach these milestones,” said Teeters, who was 12 years old when he made his Open Championships debut at the 1955 event in Fort Wayne, Indiana.

“I’ve bowled just about every tournament there is at some point, but this is the one I look forward to the most, even though it’s the toughest.”

For his accomplishments in this year’s tournament, he was presented with a chevron, plaque and engraved money clip for his 60th tournament as well as a crystal bowling pin for reaching 100,000 pins.

Bowling on the same team squad, the captain of Teeters’ group, Mike Schmid of Arden Hills, Minnesota, also was recognized for his dedication as he celebrated his 55th appearance on the championship lanes.

The coming week again will be a celebration of longevity at the USBC Open Championships as six bowlers are scheduled to reach participation milestones at the National Bowling Stadium.

Robert Walker of Bergholz, Ohio, will start the parade as he makes his 50th Open Championships appearance May 14 at 8 p.m. Eastern. William Pavlik of Palos Heights, Illinois, and Ed Gronski of Mulkeytown, Illinois, will follow suit during the early team squad May 16.

A duo of USBC Hall of Famers will make the trip down Center Aisle on May 17 at 8 p.m. EDT, with Glenn Allison of Anaheim, California, becoming the 10th bowler in history to compete 65 times. His teammate, Jimmy Schroeder of Tonawanda, New York, will make his 68th consecutive appearance. Both are members of the 100,000-Pin Club.

Jim Rollins of Mount Juliet, Tennessee, will share the spotlight with Allison and Schroeder as he reaches 50 years of Open Championships participation.