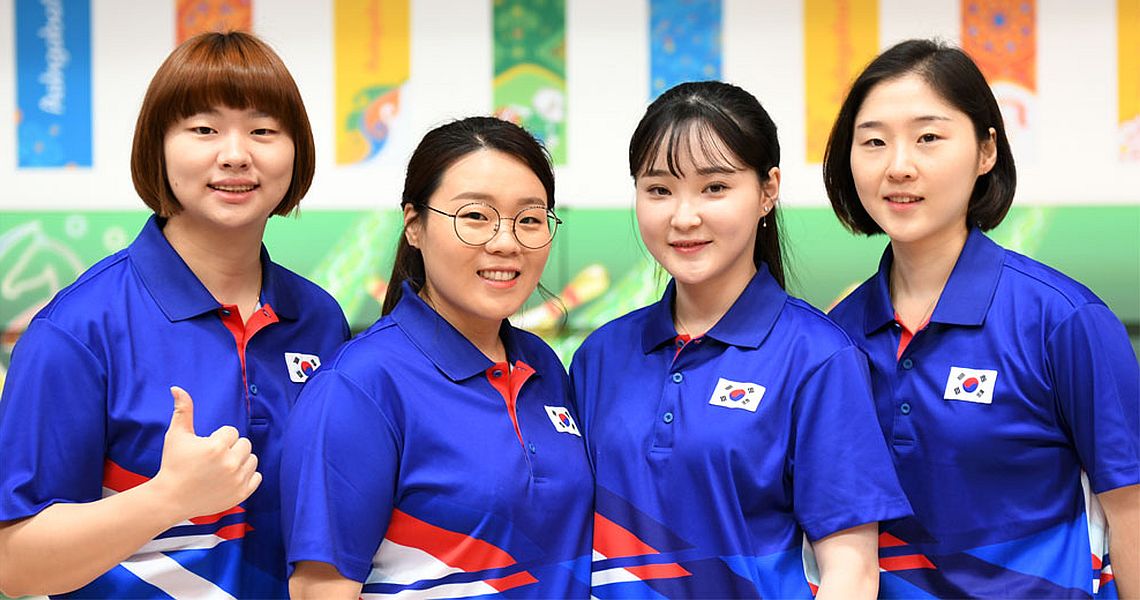 27 September, 2017
Asian Games
2954
Ads
The women from Korea and the men from Qatar captured the prestigious team gold medals to conclude the bowling competition of the 5th Asian Indoor and Martial Arts Games (AIMAG) Wednesday at the Olympic Village in Ashgabat, Turkmenistan. 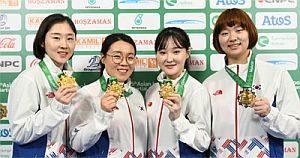 It was the second gold medal for the Korean women and the third overall in the third and last event of the Games. They also won silver and bronze in doubles. The Philippines earned the silver medal. China’s Zhang Chunli, Peng Rui, Yang Liyan and Zhang Yuhong and Chinese Taipei’s Pan Yu-Fen, Lin Ting-Yu, Wang Ting-Wen and Wang Ya-Ting, who lost their semi-final matches yesterday, received the bronze medals. 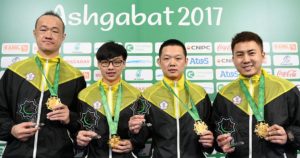 The Qataris, who eliminated the top seeded Koreans Choi Bok Eum, Cho Young Seon, Kim Kyung Min and Kang Hee Won in the semi-finals, received the silver medal. It was the first medal for the Qatari bowlers in the Games. 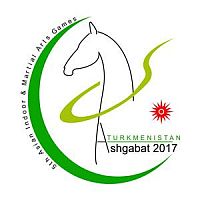 The bowling competition of the 5th Asian Indoor & Martial Arts Games was held from September 21-27 at a 32-lane bowling center in the Olympic Village in Ashgabat, Turkmenistan.

Singles was contested on a 37 ft. short pattern, in doubles the lanes were conditioned with the 44 ft. long pattern and the team event used both patterns (3 games on long and 3 games on short oil).

Each event started with six-game preliminaries. The top 8 in singles and doubles and the top 4 teams advanced to medal round. In all matches the highest seed met the lowest seed, the second-highest took on the second-lowest, and so on. All matches were one game with the highest pinfall advancing.

The semi-final losers each received a bronze medal while the winners bowled for gold and silver. There is no masters or all-events competition in the Asian Indoor & Martial Arts Games.

Ever wonder why winning a PBA title is such a precious accomplishment? »