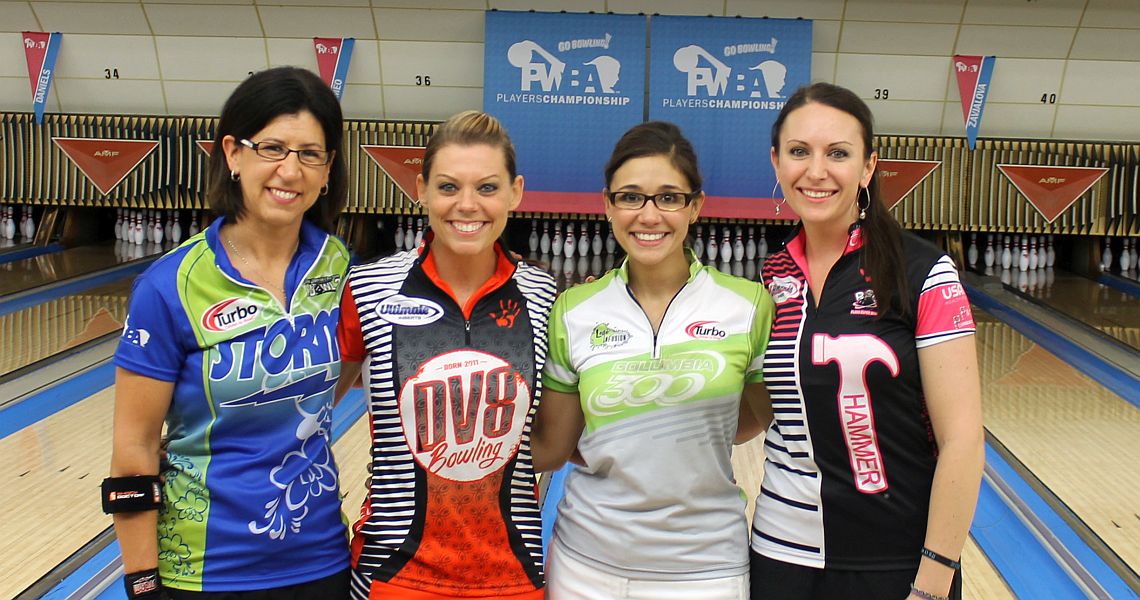 26 June, 2016
PWBA Tour
1533
Ads
Being back in the bowling center where she won her sixth major title, Liz Johnson of Cheektowaga, New York, said her expectations were not too high heading into the Go Bowling Professional Women’s Bowling Association Players Championship.

A troublesome practice session had dimmed those expectations, but a strong finish in Saturday’s final eight match-play games allowed her to capture the No.1 seed for the stepladder finals at The Ashwaubenon Bowling Alley in Green Bay, Wisconsin.

Sunday’s stepladder finals of the second major on the 2016 PWBA Tour will be televised live at noon Eastern on CBS Sports Network. No. 4 seed Stefanie Johnson of Grand Prairie, Texas, will face Colombia native Clara Guerrero in the opening match, with the winner taking on No. 2 seed Shannon O’Keefe of O’Fallon, Illinois. The winner of the second match will face Liz Johnson for the title.

Liz Johnson’s road to the top spot was a little bumpy. Just 49 pins out of the lead to start Saturday, she dropped to sixth after the morning’s eight match-play games. For the afternoon block, she decided to make a move and play the outside part of the lane, despite the fact she had spent the first 20 games of the tournament playing the inside part.

“I’ve bowled this place a few times, and the (oil) pattern seems to get flatter and flatter,” Johnson said. “I just went with it, shot 279 out of the gate. I said it might last a game, it may last all block. I didn’t know.”

Johnson now has the chance to go after an eighth major title – she also won the U.S. Women’s Open last season – and her second major at The Ashwaubenon Bowling Alley in just over a year.

“It’s just one of those unexplainable things,” said Johnson, the 2015 PWBA Player of the Year who won the PWBA Las Vegas Open earlier this year. “Some houses you bowl well at, some houses you don’t. Fortunately, this is one of the good places for me. I can’t believe I’m the No. 1 seed, but I still have another match to go.”

The Go Bowling PWBA Players Championship will be the first of four shows at The Ashwaubenon Bowling Alley on Sunday. Following the live TV show, the stepladder finals of the PWBA Wichita Open, the Pepsi PWBA Lincoln Open and PWBA Greater Detroit Open will be taped for later broadcast.

Click here for more information about the PWBA Tour, including full results of the Go Bowling PWBA Players Championship, the complete tour schedule, plus news and player biographies.