ESPN’s live coverage begins Saturday at noon CDT (1 p.m. ET) from the Grand Hotel Event Center when qualifiers five through nine will compete on two specially-installed lanes with the winner advancing to the no. 5 qualifying position who will join the tournament’s top four qualifiers for Sunday’s stepladder finals telecast which also gets underway at noon local time.

Despite starting the tournament with games of 160 and 170 in the first round on the Wolf condition Tuesday, Kent relied on his ability to adjust to quickly rebound.

“I think overall my versatility showed in this tournament,” the 24-year-old Kent continued. “I didn’t have a good start but it didn’t worry me.”

As top qualifier, Kent earned the right to select the lane condition pattern for both stepladder telecasts this weekend and has selected the Bear pattern. He does have the option to change the pattern selection after Saturday’s telecast for Sunday’s competition.

“I feel that the Bear pattern is the best pattern for rewarding the player who makes the best shot,” Kent said. “My gut right now is to stick with it for both days.” 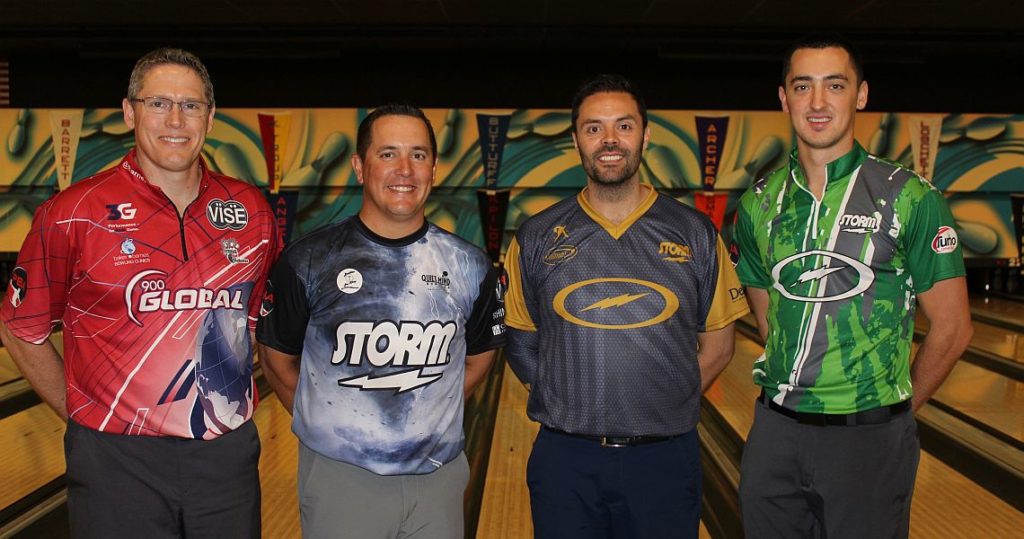 From right to left: Kent, Belmonte, Page and Barnes.

Climbing from 28th after the first round and 12th after Thursday’s third round, three-time PBA Player of the Year Jason Belmonte of Australia averaged 256 in the final round to rocket to the no. 2 qualifying position and finish with a 7,208 pinfall. The two-hander will be trying for this third win of the season after winning the 2017 United States Bowling Congress Masters and Barbasol PBA Players Championship.

“I knew the pattern today would be easier than what we had been bowling on,” said Belmonte, who owns 14 career PBA Tour titles. “You still have to execute because pin carry becomes something you have to deal with. I went into this round taking it shot by shot and wasn’t going to be afraid of what was going to happen down lane.” 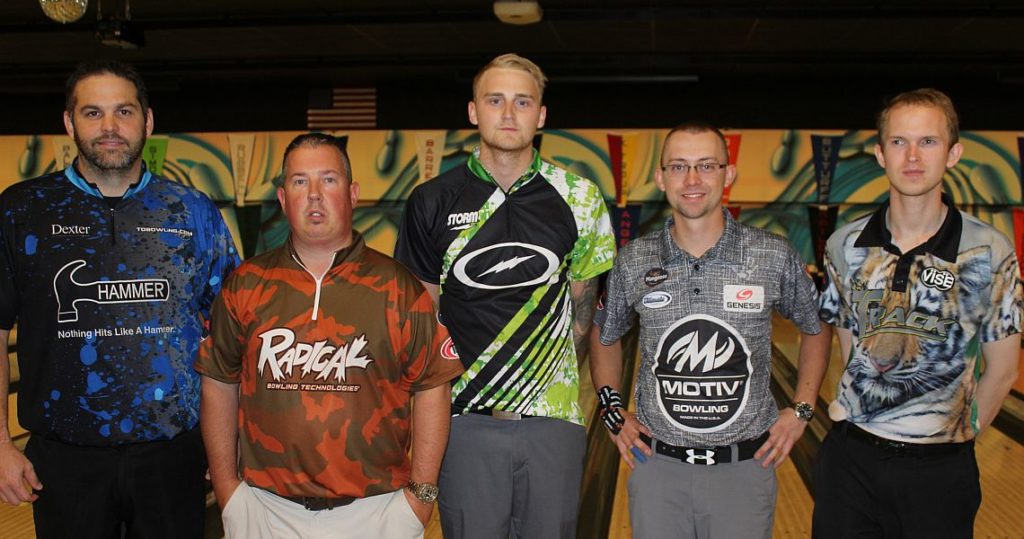 From right to left: Larsen, Tackett, Svensson, Smallwood and Daugherty.

Players who qualified fifth through ninth bowling in Saturday’s stepladder round to determine the no. 5 qualifier for Sunday’s stepladder finals telecast will be two-time tour winner Thomas Larsen of Denmark, reigning PBA Player of the Year EJ Tackett of Huntington, Ind., Jesper Svensson of Sweden, Tom Smallwood of Saginaw, Mich., and Tom Daugherty of Riverview, Fla.

Players with position, hometown and 32-game total. Positions 1-4 advance to Sunday’s stepladder finals. Positions 5-9 advance to stepladder round on Saturday that will determine no. 5 qualifier for Sunday’s finals.