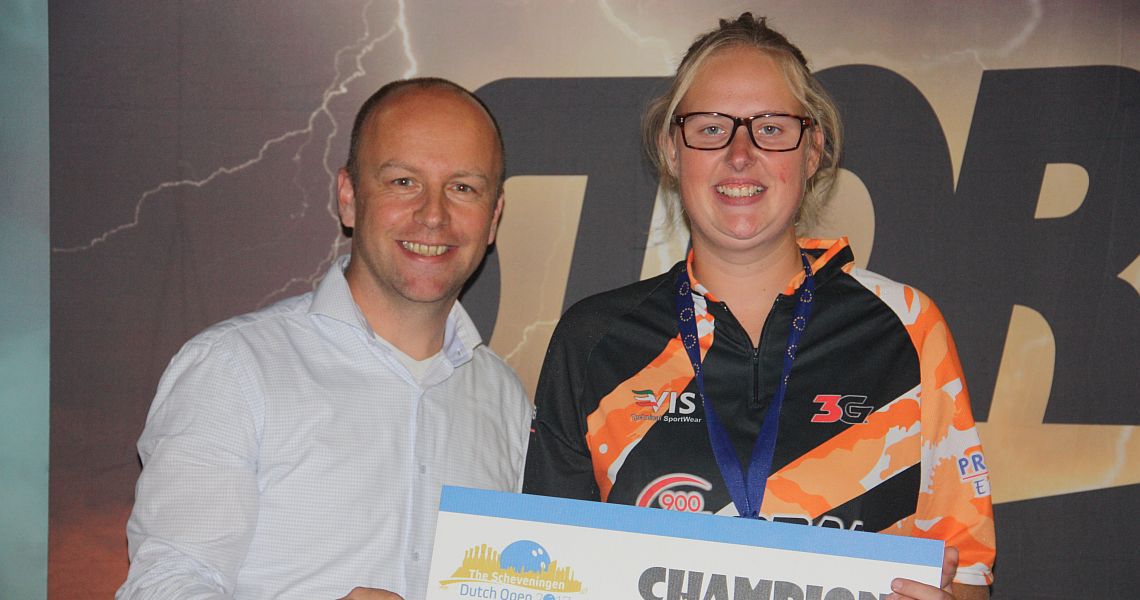 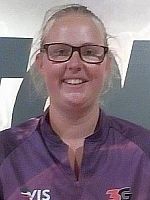 Nicole Sanders of The Netherlands became the second woman this season and the 22nd in the 18-year history of the Tour to win a European Bowling Tour title when she defeated Richard Teece of England in the title match of the inaugural Scheveningen Dutch Open Sunday at Bowling Scheveningen in The Hague, Netherlands.

As the runner-up (Sanders) and the no. 5 (Teece) in the qualifying portion, both players bypassed the first round of the finals and were seeded into the single-elimination match play bracket.

On her way to the title the Dutch lefty knocked off Clement Dubus of Belgium in the opening round of 16, 213-204, then sidelined her compatriot Mike Bergmann in the quarterfinals, 244-190, and took down Dane Tim Stampe in the semifinals, 212-189, for the right to play in the final.

Sanders won all her matches without needing the eight pins women’s handicap. 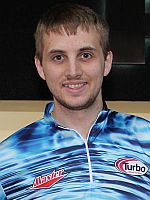 In the other semi-final match, Teece (left), who was looking to win his fifth career EBT title, defeated Sidney Schroschk of Germany, 205-162. Schroschk booked his spot in the finals through the Elimination Roll-off, which replaced the Desperado Squad. 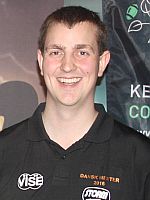 Mik Stampe (right), who won the qualifying and three side events (Elimination Roll-off, The Holland vs. The World Challenge and European Trick Shot Masters), fell to Schroschk in the round of 8 to finish in fifth place.

Sanders is the third Dutch woman after Ghislaine van der Tol and Wendy Kok who has won a title on the European Bowling Tour. Van der Tol, who finished seventh in Scheveningen, is the women’s all-time leader in wins with four titles.

The Scheveningen Dutch Open was the 10th and penultimate stop of the 2017 European Bowling Tour and the last of three EBT “Satellite” tournaments this season, the lowest of the five EBT categories. The tournament was held from September 9-17 at 24-lane Bowling Scheveningen in The Hague, Netherlands.

Qualifying (six games, unlimited re-entries) got underway on Saturday, Sept. 9, and concluded Saturday, Sept. 16, with squad 15, followed by an Elimination Roll-off. Women received 8 pins handicap each game (maximum score is 300), an equality handicap provided to women in all EBT events.

The Turbo winner is the players with the highest score in the and the sixth game in any of the qualifying series (optional; extra entry fee required).

Once the field was determined, the top 8 qualifiers received a first-round bye while qualifiers 9-32 were placed into a blind draw for placement into eight groups of three players each. All players bowled five games starting from scratch with the top players from each group advancing to the match play finals.

Match play was single-elimination, best-of-one game. Match play opponents were determined by a blind draw. The field was cut to eight, four and then two players who bowled for the title and the 4.000 Euro top prize.

The 2017 European Bowling Tour season will conclude with the Norwegian Open 2017 by Brunswick
, an EBT bronze tournament which will be held from October 6-15 at Veitvet Bowling Center in Oslo, Norway.

Group leaders advance; all others eliminated.