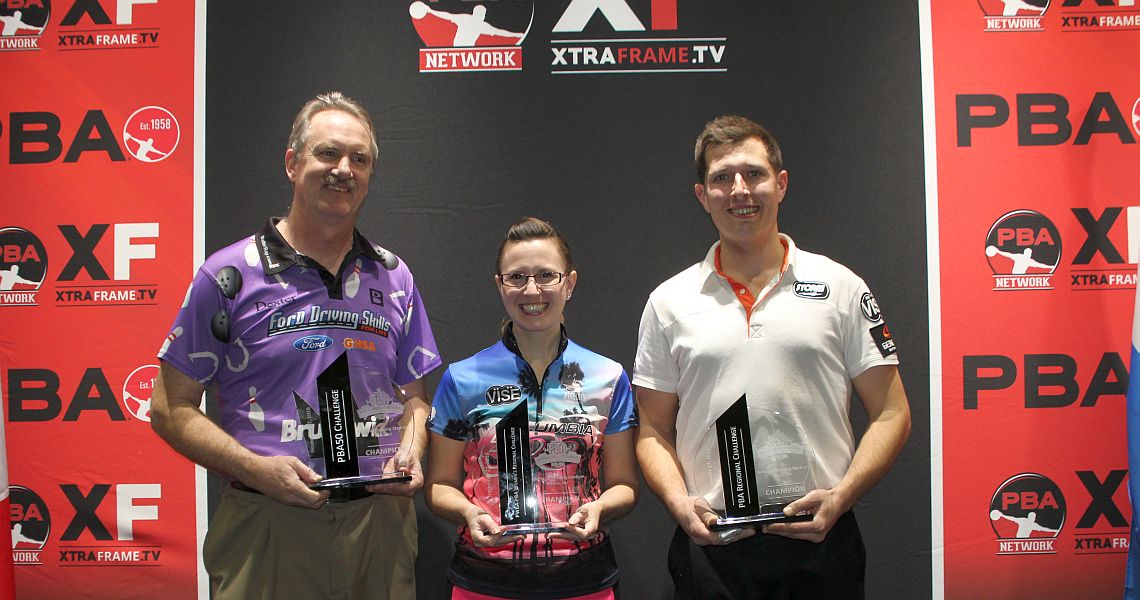 “I know it doesn’t count as a title, but it sure feels like one to me,” O’Grady said. “Being here on bowling’s biggest stage, live on Xtra Frame, against a stellar field of players who all have a lot more experience than I do feels pretty good. Maybe, at age 30, I’m just hitting my prime a little late.”

Williams, at age 57, survived another in a series of battles with veteran Ron Mohr of Las Vegas, throwing the only double of the match and clinching the 192-187 win with a strike on his first ball in the 10th frame after a pair of costly 10 pins thwarted Mohr again. For the ninth time in 2016, Mohr made a championship round without winning the title.

“It’s a great opportunity for the PBA50 Tour guys to have an event like this at the end of the season,” Williams said. “I was fortunate Ron didn’t double in the 10th, but I thought I threw some good shots that didn’t carry, too. That’s the challenge of this game. You have to figure out what to do to carry those shots.

“It’s a great confidence-builder to start the World Series,” he added, noting the win doesn’t end his ongoing duel with fellow PBA Hall of Famer Pete Weber to become the first PBA player to win a combined 100 PBA Tour, PBA50 Tour, PBA Regional and PBA50 Regional titles. Both have 99.

Parkin, bowling with medical approval by her doctor after undergoing surgery nearly six weeks, saved her best game for last, defeating top qualifyier and PBA South Region representative Ashly Galante of Palm Harbor, Fla., 267-188, for the PBA-PWBA Women’s Regional Challenge title. After a first-frame spare, Parkin reeled off eight strikes in a row to run away with the $8,000 first prize.

“I changed strategy based on what I was doing in qualifying,” Parkin said. “I overheard the guys say they were playing farther right on the pair of lanes we used for the finals, and I’m perfectly fine with that. I tried it in practice and it was amazing, so I stayed out there.

“I’m really grateful I got cleared to bowl this event,” the PBA West Region representative said. “I’m bummed I can’t bowl the rest of the World Series, but I’m really glad I got to do this one.”

All preliminary qualifying rounds of the Cheetah, Chameleon, Scorpion and Shark Championships also will be covered live on Xtra Frame between Tuesday and Thursday, Dec. 8.