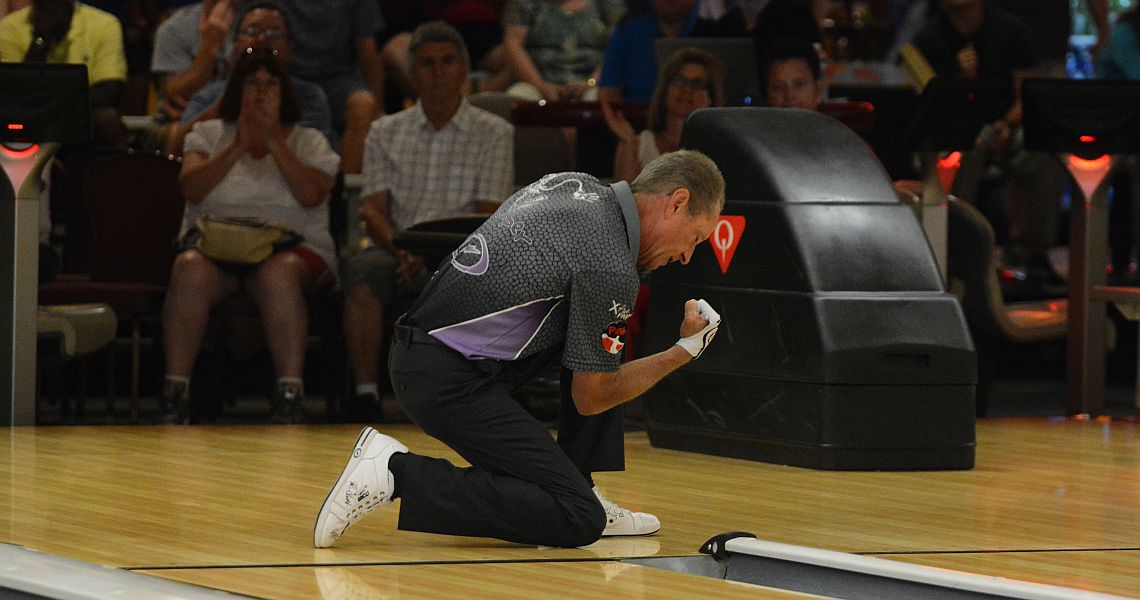 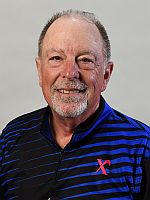 The 53-year-old reigning PBA50 Player of the Year achieved the feat in dramatic fashion with a 266-263 win against left-hander Paul McCordic (right) of Sugar Land, Texas, who stepped up in the final frame with a chance to win but left the 1-3-6-9 combination on his second offering to fall short.

After Weber doubled in the 10th frame, something he’d been unable to do in three previous attempts with the USBC Senior Masters title on the line, McCordic needed a strike and at least nine pins on his next shot to have the opportunity to make the spare for his first PBA50 Tour title. 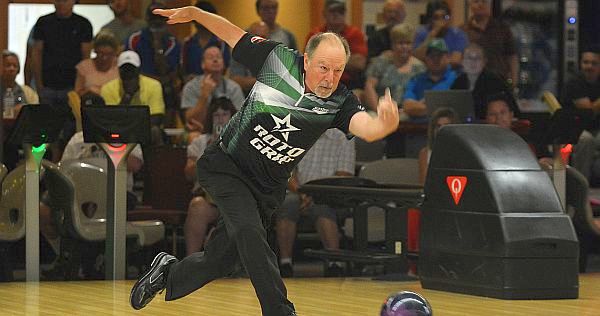 “Once Paul threw the strike, I thought I was done,” Weber said. “To win is nice, but to see a guy throw a shot like that, I feel for him. I’ve done it. He bowled great all week and put together two of his best games against me. Paul is a great champion.”

McCordic (pictured above) defeated Weber 248-224 to start the championship match, but as the top seed, Weber needed to be beaten twice to be denied his second Senior Masters title.

In the first game, Weber controlled his own destiny and could’ve thrown three strikes in the 10th frame to lock out McCordic. Instead, he left the 4-7-10 split and sent his mind rushing back to 2015 when he was in the same position as the No. 1 seed and left two final-frame splits to lose twice to Amleto Monacelli of Venezuela.

“When I let the ball go, I thought it was a great shot,” said Weber, a USBC and PBA Hall of Famer who owns 37 PBA Tour titles and nine victories on the PBA50 Tour.

“I thought it was pretty pure, so I didn’t know what I did. Maybe it was slow or over hit, but it felt really good off my hand. I did wonder if I was going to do this again, open twice in the 10th to lose again, but I stepped up in the 10th in the second match and threw the double to make him strike.”

Additionally, the first title of Weber’s PBA Tour career came in a similar must-strike situation against McCordic’s twin brother, Pete. Weber registered two strikes and a seven-count in his final frame to force McCordic to double for the win. McCordic knocked down nine pins on his first shot and Weber won the 1982 Greater Hartford Open, 210-199. 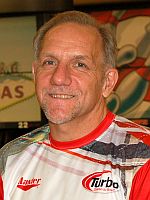 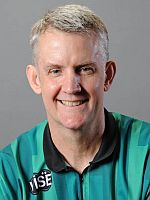 In his semifinal win against Arnold, McCordic found himself down 17 pins after four frames but closed the gap with a double in the fifth and sixth. He struck on four of his last five shots for a 235-198 win. Arnold finished third, worth $7,000.

McCordic entered the stepladder as the No. 3 seed and was able to capitalize on a seventh-frame Mohr miscue to earn a 225-212 win. Mohr, who downed the stepladder’s other left-hander, Andy Neuer of Lewisburg, Pennsylvania, 212-181, in the day’s opening match, finished fourth and took home $5,000. Neuer, also a rookie this season, finished fifth, earning $4,000.

Weber’s victory Sunday marked his fifth in six events. His streak of four consecutive wins came to an end last week at the hands of first-time PBA50 winner Noel Vazquez of Sacramento, California, in the title match of the PBA50 Northern California Classic presented by MOTIV.

With five events remaining on the 2016 PBA50 schedule, there’s still plenty of time for Weber add to his legacy and bid for a second consecutive player-of-the-year nod, but in the back of his mind also is the idea of becoming the first three-time Senior Masters winner.

“I didn’t expect this, but it’s an unexpected pleasure,” Weber said. “It’s a great honor to win. To win five tournaments in a season is an awesome deal for me, and I’m not done yet. I still have a bunch of tournaments left. I plan on winning a couple more. As far as the Senior Masters, I’m going to make it three next year, so they better watch out.”

All 263 competitors at the 2016 Senior Masters, open to USBC members age 50 and older, rolled 15 qualifying games over three days before the field was cut to the top 63, who joined Monacelli in match play.

The Senior Masters was the second of two USBC Championship Tournaments for senior competitors held at Sam’s Town, and it featured a total prize fund of more than $131,000.

This week’s event followed the International Training and Research Center Super Senior Classic, the premier event for USBC members age 60 and older, which drew more than 125 competitors to Las Vegas.

Japan’s Junichi Yajima, a 70-year-old right-hander, earned $6,500 for his win at the ITRC Super Senior Classic and also found success at the Senior Masters, finishing among the top 24. 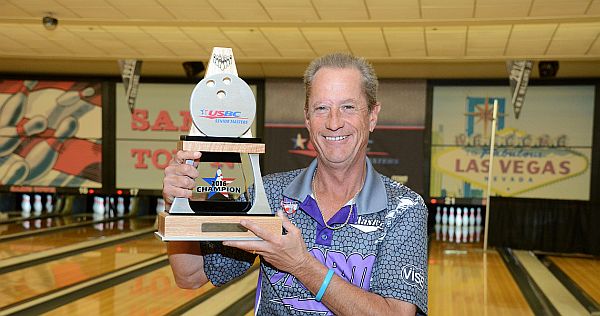