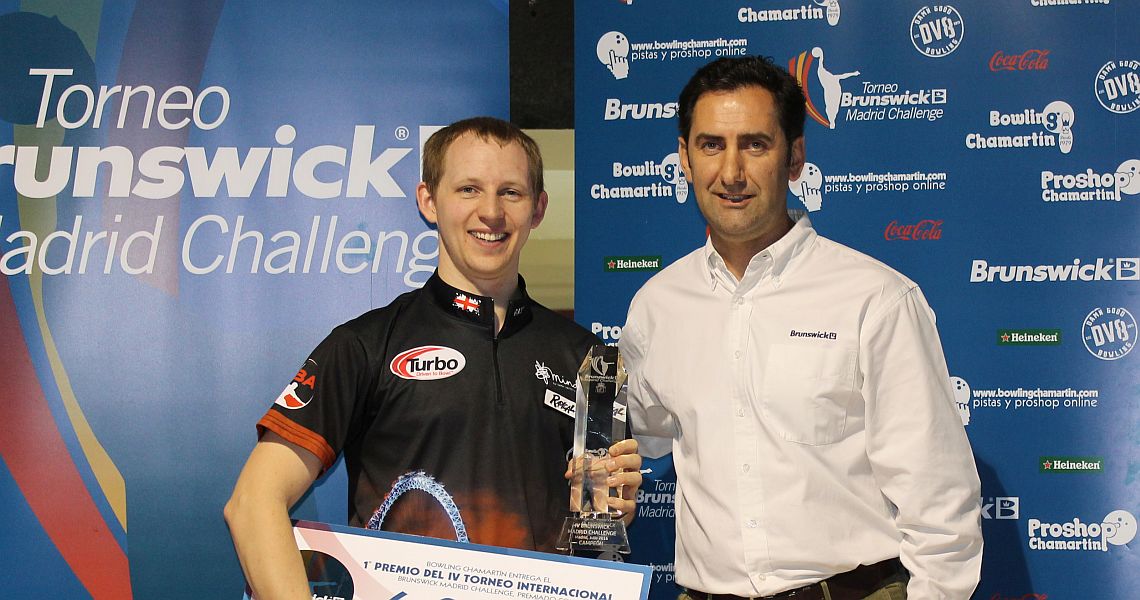 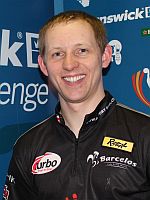 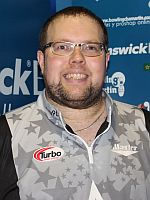 Teece, who finished the qualifying of the high-scoring event second to winner Jeroen van Geel, Netherlands, received two byes for the finals. He averaged 244.25 in Round 3 and 241.25 in Round 4 to earn the No. 3 seed for the stepladder finals. 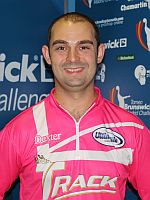 In the opening match, Teece eliminated Barrett (left) , a four-time Professional Bowlers Association champion and 11-time EBT titlist, 257-238, for the right to bowl Williams for the title. Williams and Teece matched each other shot for shot through the first seven frames of the championship match, starting with strike, spare and a five-bagger.

When Williams, who owns a PBA title along with six titles on the EBT, left his second 10-pin in frame eight, Teece had the opportunity to shut out Williams. Finishing first and working on a six-bagger, Teece left a 10-pin in his 9th frame. Both players could strike out for a 259-259 tie. 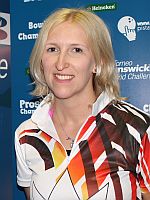 Teece rebounded with a double, but left the door open for Williams when he left the 6-9-10 combination on his fill ball for 256. Needing a double and an eight-count in his 10th frame, Williams left a 7-pin on his first offering, which sealed his fate.

Williams received 3.000 for second place, while Barrett took home 2.000 Euro. Barrett is the two-time defending champion in the San Marino Open, the next EBT “gold” tournament”, which started already yesterday at Rose’n Bowl in Serravalle, San Marino, and runs through July 17.

Birgit Pöppler (right) of Germany, the only woman in the field who made the cut to the top 38, missed the stepladder finals by mere 28 pins, finishing in fourth place worth 1.500 Euro. She also earned a 750 Euro bonus as the top female qualifier.

The IV Brunswick Madrid Challenge was the 8th stop of the 2016 European Bowling Tour season and the third out of four EBT “Silver” tournaments this season. The tournament was held from July 2-10 at 20-lane Bowling Chamartín in Madrid, Spain.

Qualifying ran from July 2-9 and concluded with the Desperado Squad. The qualifying winner earned a 750 Euro bonus. Women receive 8 pins handicap each game (maximum score is 300), a standard on the European Bowling Tour. The top two women in qualifying (before Desperado Squad) earned 750 and 500 Euro, respectively.

Total 50 players qualified for the finals on Sunday, July 10 – the top 38 players from the overall qualifying standings, the top three players from the combined standings of squads 1-8 and the top 5 of squads 9-12 who were not among the top 38, and the top four players of the Desperado Squad. The top 10 qualifiers receive two byes while qualifiers 11-20 get a first-round bye.

The first three rounds of the finals featured four games from scratch, which trimmed the field to 30, 20 and then 10 players who advanced to another four-game round with the Round 3 total being carried forward.

The top 3 with the highest eight-game total advanced to the stepladder finals. The No. 2 and 3 seeds opened the action with a one-game shootout match. The winner went against the No. 1 seed for the title and 6.000 Euro first prize. 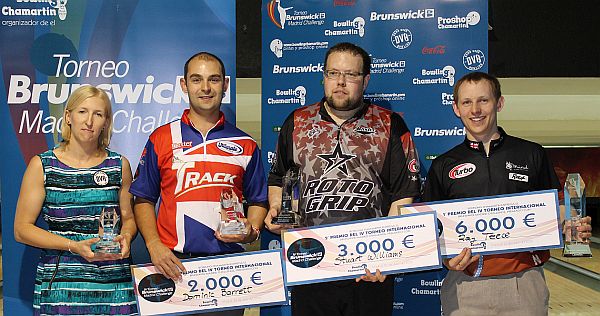 2016 Brunswick Madrid Challenge – Round One Results