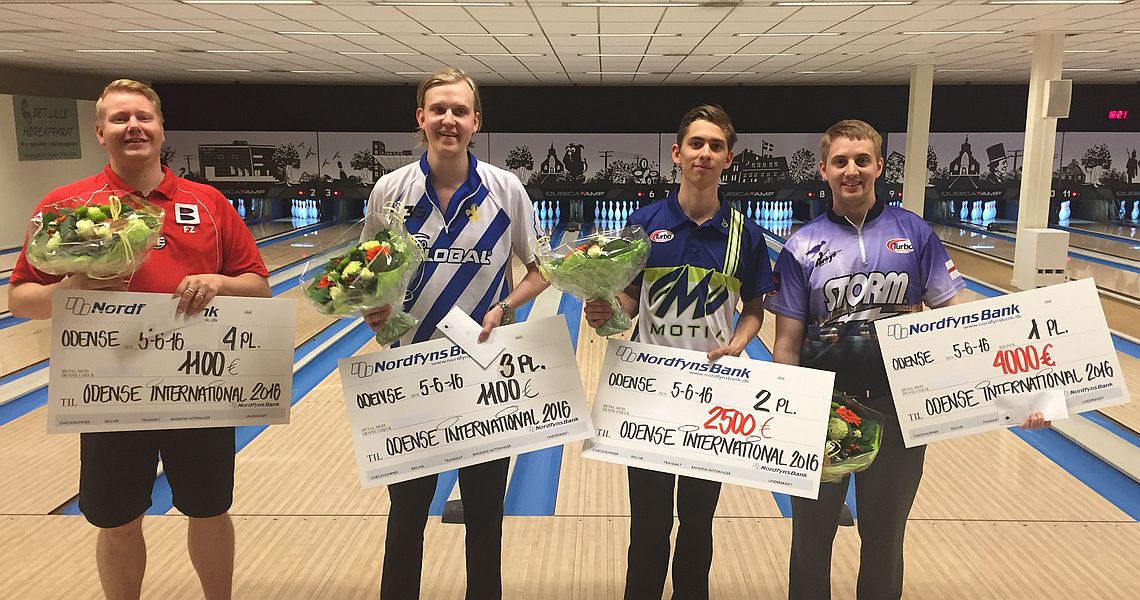 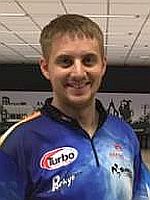 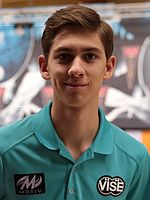 In a title match between the two top-seeded players of the Odense International, Richard Teece of England defeated tournament leader Magnus Johnson of Sweden, 213-208, to capture his second career European Bowling Tour title Sunday at Odense Bowling Center in Denmark. 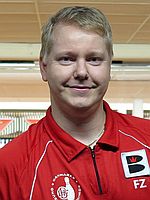 The Odense International 2016 was the seventh stop of the 2016 European Bowling Tour and the third out of six EBT “Satellite” tournaments this season, the lowest of the four EBT categories. The tournament was held from May 29 through June 5 at 24-lane Odense Bowling Center in Odense, Denmark.

Qualifying (six games, unlimited re-entries) got underway on Sunday, May 29, and concluded Saturday, June 4, with the one-game Desperado Squad. Women received 8 pins handicap each game (maximum score is 300), an equality handicap provided to women in all EBT events.

Total 36 players qualified for the finals, including the top 24 players from the overall qualifying standings, the top two players each from a separate leaderboard of Squads 1-3, 4-6 and 7-8, who are not among the top 24, one player each from the Turbo 1 and 2 list and the top 4 players of the Desperado Squad.

The Turbo 1 and 2 winners are the players with the highest score in the fifth (Turbo 1) and sixth (Turbo 2) game in any of the qualifying series (extra entry fee required).

All 36 finalists bowled six games. The top 16 with the highest six-game total including bonus pins and women’s handicap advanced to the second round with the total pinfall carried forward.

The 2016 European Bowling Tour takes a one-month break before heading to Madrid in Spain for the IV Brunswick Madrid Challenge, an EBT “silver” tournament which will be held July 2-10 at Bowling Chamartín.

2016 Odense International – Final Round One