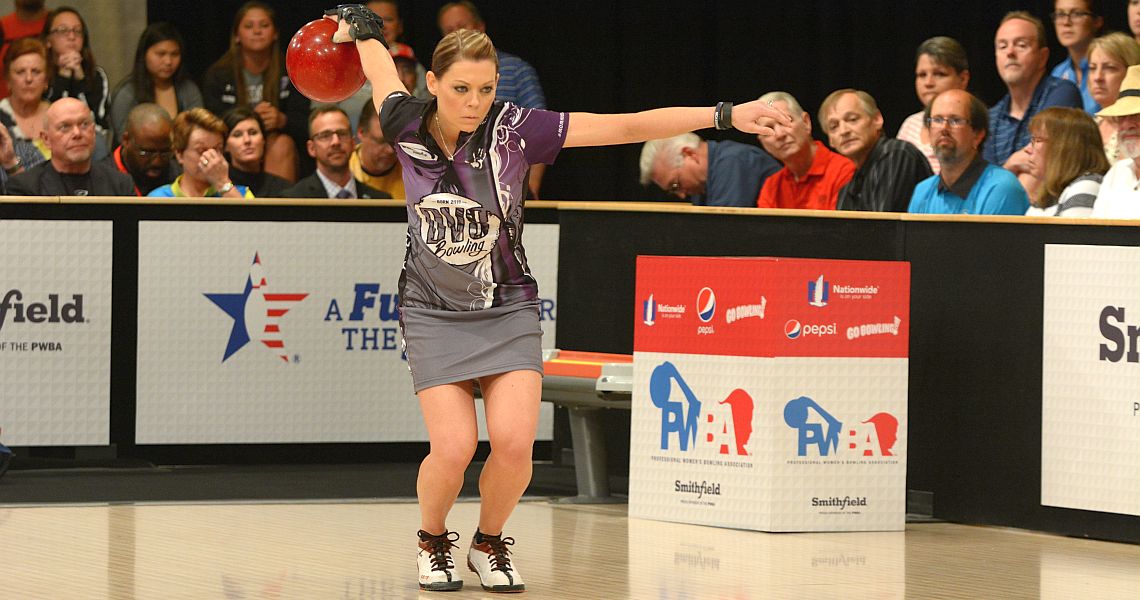 03 August, 2017
PWBA Tour
2555
Ads
Shannon O’Keefe of O’Fallon, Illinois, has reached the pinnacle of her sport in various capacities and on multiple occasions, but she knows not to take those opportunities for granted.

She’s well aware that for every moment she spends in the spotlight, someone is working hard to take her place.

During the 2017 Professional Women’s Bowling Association Tour season, O’Keefe (above) unintentionally has been her own worst enemy, struggling to find the physical and mental harmony that helped her claim four victories over the last two years.

Everything finally started falling back into place in the weeks leading up to the 2017 U.S. Women’s Open, and she now is the player to beat after two rounds of qualifying at Plano Super Bowl in Plano, Texas. 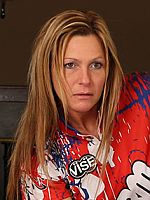 Former world champion Nina Flack of Sweden rolled 12 consecutive strikes in the second game of her 1,816 block to leap into 34th place with 3,454 total.

The lanes at Plano Super Bowl only are being oiled once per day during qualifying, giving all competitors the chance to experience each phase of the oil pattern – fresh, burn and double-burn – and O’Keefe credits good choices and good shotmaking for her success on the double-burn and burn, respectively.

“I feel like I’m making all the right choices so far, and I’m really confident in my moves and decisions,” said O’Keefe, whose last PWBA Tour title came at the 2016 PBA/PWBA Striking Against Breast Cancer Mixed Doubles with Bill O’Neill.

“After I got out to a good start, my focus really changed to doing everything I can to separate myself from 25th place by as much as possible. I’m not really a score watcher, and I don’t want to think too far ahead, so I’m just treating each frame as its own game and focusing on the things I can control.”

O’Keefe, and her confidence, have come a long way since she missed cashing in back-to-back events in June, a stretch that included her wondering if it was time for a break from the PWBA Tour grind, which kicked off in California in April and will conclude in Virginia in September, but only for the 16 top performers.

For everyone else, the 2017 season will end with this week’s U.S. Women’s Open.

Instead of taking a break, O’Keefe worked with her husband, Junior Team USA head coach Bryan O’Keefe, during the PWBA Orlando Open to work out the kinks in her game, and the effort paid immediate dividends.

She just missed qualifying for the stepladder finals of the Orlando Open, used that momentum to earn the top seed for the championship round of the following week’s PWBA St. Petersburg-Clearwater Open and cruised into the U.S. Women’s Open after a top-10 effort at the Nationwide PWBA Rochester Open.

“Missing back-to-back checks in Detroit and Green Bay really had me questioning my abilities, and I called Bryan in tears, wondering if I just needed to take a break,” O’Keefe said. “Instead, we worked on something different during each round in Orlando, and I ended up feeling like I was throwing the ball better than I have in a very long time.”

With the momentum, came the confidence O’Keefe has exhibited through two rounds at Plano Super Bowl.

The 13-time Team USA member, who suffered a heartbreaking loss to Johnson in the title match of the 2015 U.S. Women’s Open, is peaking at the right time and looking to give herself two chances at a guaranteed spot in the season-ending Smithfield PWBA Tour Championship in Richmond, Virginia.

The 16-player field at the Tour Championship will include all eligible winners from the 2017 season and be filled out with the season’s top point-earners.

O’Keefe will lead the contenders at the U.S. Women’s Open back onto the lanes at Plano Super Bowl on Thursday for the final round of qualifying, starting at 9 a.m. Eastern.

By week’s end, 56-game totals, including 30 bonus pins for each win in match play, will determine the five players for Sunday’s live TV finals.

The championship round of the U.S. Women’s Open will be broadcast on CBS Sports Network at noon Eastern, with the winner taking home $20,000, the event’s coveted green jacket and a spot in the PWBA Tour Championship.

O’Keefe already is guaranteed one shot at a spot in Richmond through the finals of the St. Petersburg-Clearwater Open, which will be taped Sunday for broadcast on CBS Sports Network on Aug. 22.

“This season definitely has been mentally challenging, and I haven’t bowled my best at times, but I’m glad to know I was able to work through it,” O’Keefe said.

“I actually 7-10’d on my first shot in St. Petersburg, and if it had been a couple weeks earlier, I don’t know how I would’ve handled it. I’m in a good place right now and seeing the lanes and ball motion extremely well, and I hope to keep it going through the rest of the week and into Sunday.”

The championship rounds of the 2017 PWBA Orlando Open and Nationwide PWBA Rochester Open also will be taped at Plano Super Bowl on Sunday for broadcast on CBS Sports Network on Aug. 15 and Aug. 29, respectively.

All qualifying and match play rounds of the 2017 U.S. Women’s Open can be watched live on Xtra Frame, the online bowling channel of the Professional Bowlers Association. For more information on the U.S. Women’s Open, click here.

U.S. Women’s Open – Standings after Round 2