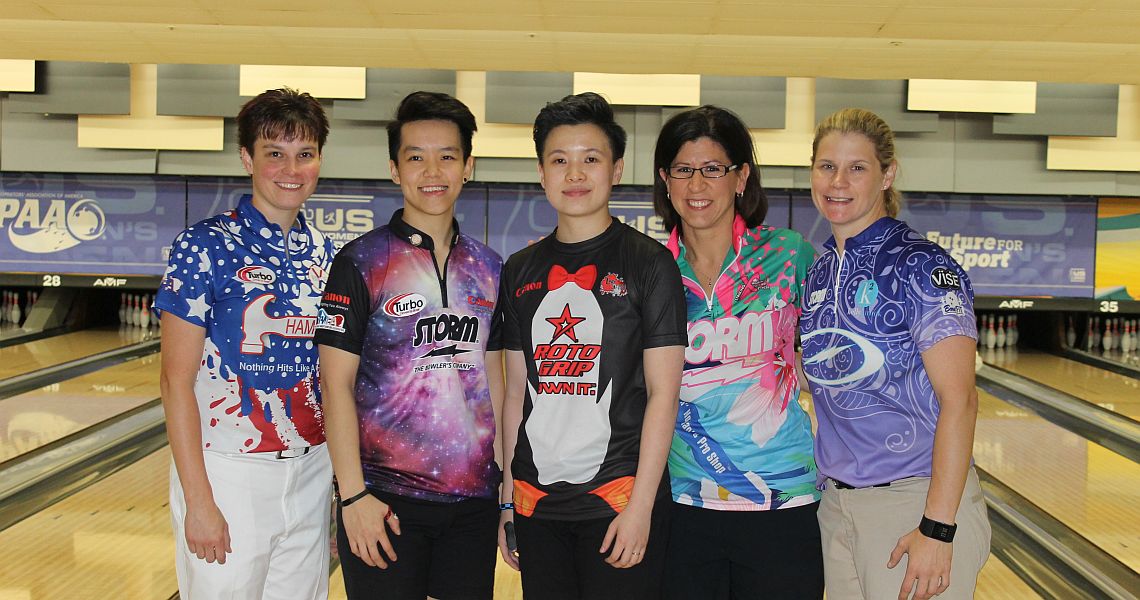 07 August, 2016
PWBA Tour
1819
Ads
Shannon Pluhowsky finished her 32nd and final qualifying game at the 2016 U.S. Women’s Open with three strikes for a 172 total and then had to wait to see if she would be among the top 24 to advance to match play.

She made it, and as the No. 24 qualifier, Pluhowsky, of Dayton, Ohio, then made a remarkable run at Stardust Bowl in Addison, Illinois, to earn the top seed for Sunday’s stepladder finals. CBS Sports Network will have live coverage of the finals starting at noon Eastern.

In the opening match, three-time winner Kelly Kulick of Union, New Jersey, will take on two-time defending champion Liz Johnson of Cheektowaga, New York, who is looking for her fifth U.S. Women’s Open title, with the winner to face No. 3 seed New Hui Fen of Singapore.

The winner of the second match will advance to meet Singapore’s Shayna Ng, the No. 2 seed, for the right to meet Pluhowsky in the title match. That Pluhowsky made the TV show, much less grabbed the No. 1 seed Saturday, is remarkable to even her.

“It was a long 20 minutes, or however long it was, to find out if I made the cut,” Pluhowsky said. “After that, it was like I had nothing to lose – I already was at the bottom. So, it was time to work my way back toward the top.”

After moving up a few spots in the standings Friday during the first eight games of round-robin match play, Pluhowsky made the big push Saturday morning. Her 1,774 total (221.75 average) for eight games, 101 pins more than the second-place total for the block, moved her into third overall. She then added a 1,702 final block.

The lone left-hander in the match-play field, she was the only bowler to crack the 1,700-mark on Saturday, and she did it twice to average 217.25 for the day on the tough 39-foot Sport condition.

“Being such a grind, this probably was the best 16 games I’ve bowled,” Pluhowsky said. “Obviously not playing my comfort zone, playing completely out of it, but I had some really good ball choices. They kept me in the same zone, and that was the key. We knew we were going to play in and ride it until then end. That’s not my ‘A’ game at all, but I felt I did a pretty good job at it.” 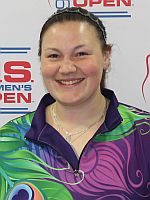 In the position round, the final game Saturday, local amateur Jodi Gawlik (right) of Schaumburg, Illinois, was sitting in sixth place. She would have to beat Johnson, the United States Bowling Congress Hall of Famer, by six pins to make the TV show.

Gawlik had a chance to strike out in the final frame for the win but missed on her second shot. Johnson then doubled and got nine on her final shot to remain ahead of Gawlik, despite a tie at 232.

“I tried to do what I could,” Gawlik said. “I can’t believe I even got this far. I bowled with Hui and she was killing it all week, and I really was not expecting to come this close. And then to bowl Liz Johnson – I mean, we tied.” 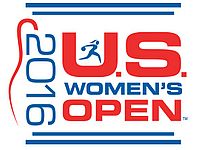 Competitors at the 2016 U.S. Women’s Open bowled 24 qualifying games over three days before the field was cut to the top 47 for an additional eight games. After 32 games, the top 24 advanced to three rounds of match play to determine the five finalists for Sunday’s stepladder, based on the 56-game pinfall totals, including 30 bonus pins for each match-play win.

Will be live Sunday on CBS Sports Network at noon Eastern

« Europe restore their big lead as US falter

Europe one point away from victory at Weber Cup »