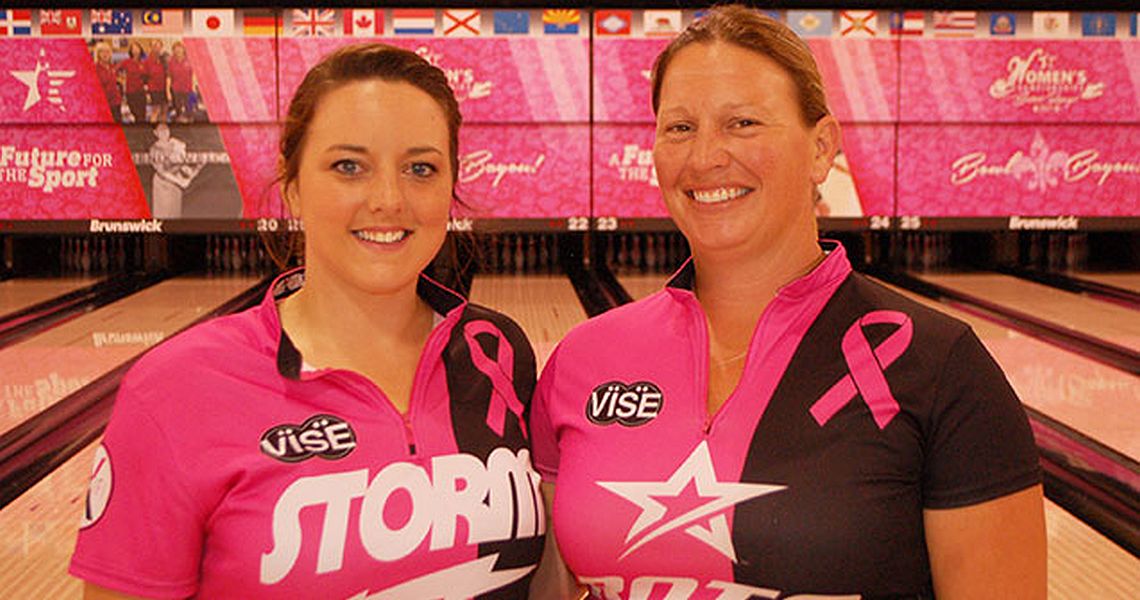 08 July, 2017
Women's Championships
2626
Ads
Charly Boelter of Oshkosh, Wisconsin, and Samantha Kelly of Waukesha, Wisconsin, made their way to the top of the Diamond Doubles standings July 3 at the 2017 United States Bowling Congress Women’s Championships.

Although the 2017 event marks just the second time Boelter and Kelly have bowled together at the USBC Women’s Championships, being on the leaderboard isn’t new to them. They moved into second place at the 2016 tournament in Las Vegas, bowling on the same squad as eventual champions Shannon O’Keefe of O’Fallon, Illinois, and Kendra Gaines of Orlando, Florida, before eventually settling for a fourth-place finish.

With the strong start to their doubles set, Boelter admitted she thought about the chance at another run at the top of the standings.

“I did the math in my head and thought we were throwing it well enough to make a run,” said Boelter, who made her 13th tournament appearance. “Having the experience of being in this position last year also helped.”

Kelly, a former Junior Team USA member and Intercollegiate Team Championships winner with Robert Morris-Illinois in 2014, reiterated how last year’s experience at the South Point Bowling Plaza helped them create the right attitude and goals heading to the River Center in 2017.

“When we came out, we said we wanted to win this year,” said Kelly, who made her fifth Women’s Championships appearance. “We knew we left a lot out there, and that could have been the difference in winning in Las Vegas. We communicated much better this year.”

Diamond Doubles features bowlers with combined entering averages of 380 and above. 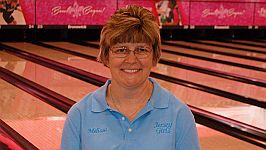 Melissa Hertenberger of Langhorne, Pennsylvania, and Alandra McDougald of Gwynn Oak, Maryland, each edged their way to the top of the standings this week at the 2017 USBC Women’s Championships.

Hertenberger (left), a 49-year-old left-hander, used the momentum of a strong singles set at the Raising Cane’s River Center on July 6 to post a 1,792 Ruby All-Events total, surpassing the 1,785 posted by Stephanie Gill of Baltimore.

Hertenberger rolled sets of 634 in singles, 601 in team and 557 in doubles to not only take the all-events lead, but also move into the top five in two additional events.

Her singles effort pushed her into third place in Ruby Singles, and her performance in the team event helped It’s Us of Fords, New Jersey, into fifth place in Emerald Team with a 1,919 total. 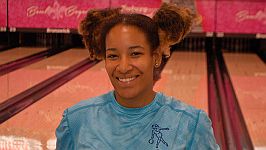 McDougald recently had come back to the sport after an injury from a grease fire on Mother’s Day in 2016, which resulted in second- and third-degree burns, including on her right hand. 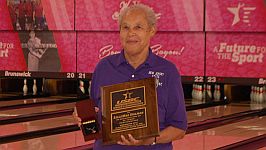 Holman, 83, made her milestone appearance at the River Center on July 6.

She began her tournament career at the 1967 Women’s Championships in Rochester, New York, and has made her annual trek to the event each year since 1969. 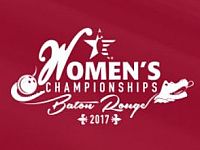 The 2017 event kicked off April 23 and will feature nearly 4,500 four-player teams. It is the 98th edition of the tournament.

« Christopher Sloan powers his way into the lead in Madrid Challenge