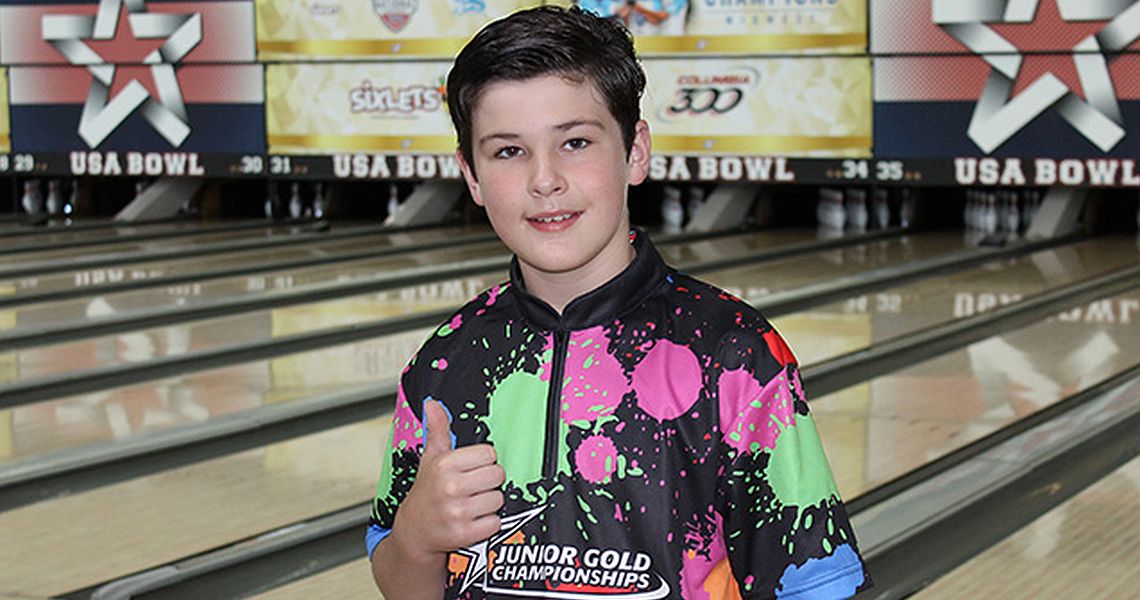 18 July, 2018
Youth
1903
Ads
After a slow start in his Junior Gold Championships debut Monday, Duke Knudsen, 11, of Remond, Washington, bounced back in a major way during his second round of competition Tuesday at USA Bowl in Dallas.

Duke (featured photo) will bowl his third round of qualifying at the 2018 event, which is presented by the Brands of Ebonite International, on Wednesday at 7 a.m. at Cityview Lanes in Fort Worth.

“Today felt great,” Duke said. “I just kept calm, and I think that helped a lot with my performance. Coming off yesterday, where I averaged 140, I thought I was going to do bad again today, but I just kept calm and took deep breaths and that helped. It also was awesome to have my mom here. She’s done a lot to contribute to this, and I really appreciate her. I’m going to have to thank her a lot after this.”

Duke “loves” everything the Junior Gold Championships has offered him thus far and says he’s going to do it until he can’t anymore and is too old for the program. Duke also wants to be a professional bowler in the future, which is something his mother, Korrin, believes is possible because of Duke’s work ethic.

“He’s a hard-working kid who is dedicated to his sport,” Korrin said. “He has tenacity and is very determined with anything he does — more determined than I’ve ever seen in a child. I liken it to probably how parents feel with Olympic athletes. It started with becoming a black belt in karate, then competitive skateboarding and then it went into bowling. I’m very blessed and I feel honored to watch him bowl. I’m a very proud mom.” 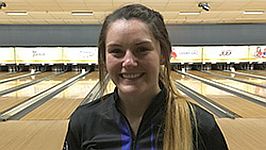 Caitlyn Johnson of Beaumont, Texas, the runner-up at the 2017 Junior Gold Championships, had one word to describe her performance in Tuesday’s second round at Sparetime Lanes in Arlington – terrible. Fighting a head cold, she said she doesn’t feel like herself and “my scores reflected it.” She finished the block with a 722 total. For two rounds, she’s compiled 1,534 pins.

The National Collegiate Bowling Coaches Association (NCBCA) Most Valuable Women’s Player for the 2017-2018 college bowling season, Johnson is coming off Junior Team USA camp, where she earned selection to the United States team for the 2018 World Bowling Youth Championships later this month in Detroit.

“No words,” was her initial reaction when asked what it meant to make the team. “It’s awesome. I worked really hard to get there, so it’s very humbling. It’s really exciting.”

Texas bowler making name for herself in U15 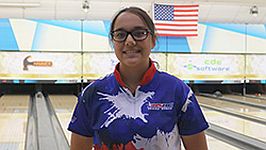 Jaelle Hamman of Jarrell, Texas, quickly is putting herself in the conversation as one of the players to beat in the U15 division after posting the top block during the 11:30 a.m. squad Tuesday at Cityview Lanes.

Jaelle, a 15-year-old right-hander, posted an 870 four-game series, giving her a 1,691 total at the halfway point of qualifying.

After finishing tied for fifth place at last year’s event in Cleveland, Jaelle is relying on her strengths, remembering to breathe and not looking too far ahead.

“I feel my strength is playing the gutter and being able to hit my target,” Jaelle said. “If I don’t strike, I do my best to keep in clean. Coming into this year, I’m just looking to be in the cut. That’s all.”

California bowler not limited on the lanes 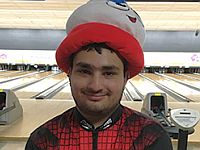 Competing in his second Junior Gold Championships, Jacob Gaddam of Modesto, California, does face a few more obstacles than some bowlers, though he considers himself just another competitor on the lanes.

Legally blind since birth, he also is legally deaf, though he can hear with the assistance of hearing aids. He said he played Nintendo bowling and his brother suggested they actually hit a bowling center.

Jacob, who had a 750 set in the opening round of U15 Boys, uses the ball return to set up, and then his parents let him know what, if any, pins are left standing so he can make needed adjustments for a spare attempt. His mother, Sherry, and his grandfather were there to assist during Tuesday’s second round at AMF DeSoto.

Amelia Vasquez, 17, of Oviedo, Florida, stayed consistent in her second round of qualifying in the U20 division. She posted an 835 block at Sparetime Lanes to go with the 812 she rolled Monday at AMF DeSoto. She just completed her junior season at Oviedo High School, where she is coached by United States Bowling Congress Hall of Famer Pat Costello.

“The summer between the eighth and ninth grade, I kind of first introduced myself to her,” said Amelia, who will be a senior in the fall. “I said, ‘Hey, I’m coming to high school and I’ll be bowling for you.'”

She added that after averaging about 179 in last year’s event, she’s “definitely doing a little bit better so far. I know I’m only halfway through and there are two more patterns that could be really difficult.” 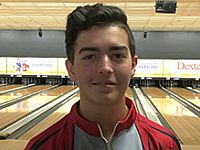 Making his fifth appearance in the Junior Gold Championships, Julian Salinas of Richmond, Texas, backed up his opening-round 842 with an 856 set at AMF DeSoto on Tuesday in the U15 Boys division.

“It’s been pretty consistent,” Julian said of his play. “I’ve had a lot of help from my coach, Donna Conners, and just putting in the time, practicing on stuff I don’t feel comfortable with so I’m prepared for anything.”

Conners is well known for running the annual PBA/PWBA Striking Against Breast Cancer Mixed Doubles, which will have its 19th edition in Houston next week.

Junior Gold by the numbers 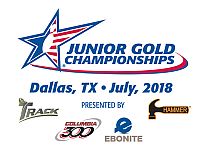 The Junior Gold Championships once again pushed the participation numbers in 2018. More than 3,800 bowlers laced up to start competition in eight centers in Dallas and the surrounding areas. The 2017 event in Cleveland featured more than 3,500 bowlers.

With the amount of entries in each age-based division set, the number of players advancing in each round also has been determined.

In U12, 41 boys and 21 girls will advance after qualifying. After four additional games, the top eight in each age-based division will advance to match play.

Bowlers awarded for doing their thing

The second annual Bowler’s Choice Awards was another highlight during Sunday’s opening ceremony for the 2018 Junior Gold Championships as five competitors were recognized for their own personal style and commitment to the sport.

Four nominees were selected in each of the five categories and their fellow athletes were able to vote for the winner.

The winners, who were recognized on stage at the American Airlines Center, were Louis Luna of Rosamond, California, as Social King; Renee Seebacher of Youngstown, Ohio, was Selfie Queen; Jayce Roller of South Heart, North Dakota, was picked for Epic Swag; Craziest Celebration went to Abbie Leiendecker of Wooster, Ohio; and Katarina Hagler of Coral Springs, Florida, was voted Breakout Star.

To learn more about each category, click here, and to see the selections or check out the opening ceremony, click here.

« Chris Warren masterful as June IBMA Bowler of the Month