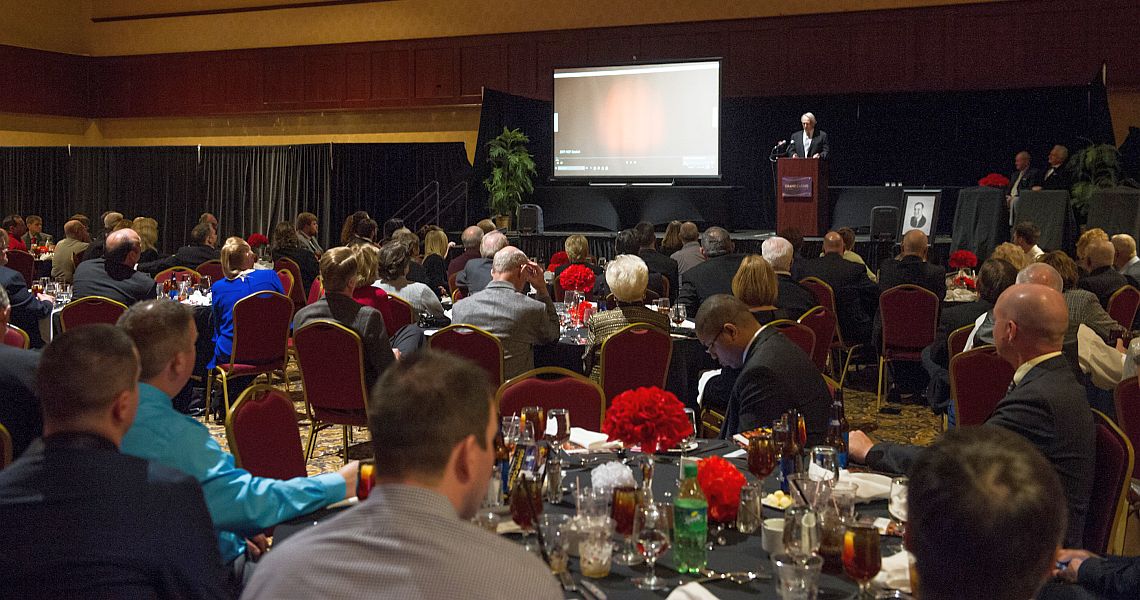 Voting begins to select 2017 PBA Player, Rookie of the Year

12 January, 2018
Spare Shots
4195
Ads
Voting among PBA members and veteran members of the bowling news media is underway to select the 2017 GEICO Chris Schenkel PBA Player of the Year and the Harry Golden PBA Rookie of the Year.

The winners of those two awards, plus the 2017 Steve Nagy Sportsmanship Award winner (selected by PBA Tour players) and the 2017 Tony Reyes Memorial Community Service Award (selected by a special PBA panel) will be announced on Wednesday, Jan. 17, and all four winners will be presented their awards during a live presentation as part of the Go Bowling! PBA 60th Anniversary Celebration Dinner at the Marriott North in Indianapolis on Saturday, Feb. 17.

The celebration dinner, which also will include the PBA Hall of Fame induction ceremonies for Chris Barnes, Ron Mohr and the late Don Mitchell will be live streamed on PBA’s Xtra Frame online bowling channel.

Tickets for the dinner, which is open to the public, are available on here. 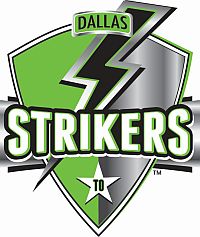 Duke, the only person who serves a dual role as an active player as well as team manager, will return Tommy Jones and Bill O’Neill to his roster for 2018 Elias Cup PBA League competition which will take place April 20-22 at Bayside Bowl in Portland, Maine. Duke’s Dallas Strikers are the two-time defending champions and Duke is the reigning Mark Roth PBAL Most Valuable Player. 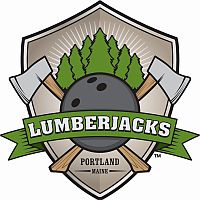 Under PBAL rules for 2018, each team manager can protect up to three players from the team’s 2017 roster.

Next up, Silver Lake Atom Splitters manager Mark Baker and Philadelphia Hitmen manager Jason Couch will select their protected players, who will be announced next Monday.

LA X (Andrew Cain) and NYC Kingpins (Carolyn Dorin-Ballard) will make their selections by January 21, and the Motown Muscle (Del Ballard Jr.) and Brooklyn Styles (Johnny Petraglia) will round out the protected player process by January 28.

The draft order will be reverse order of finish from last year, beginning with No. 8 Brooklyn followed by Motown, NYC, LA, Philadelphia, Silver Lake, Portland and Dallas.

Players eligible to be drafted will consist of the top 75 PBA on the National Tour/WBT earnings list for 2017 plus 2018 events through the PBA Tournament of Champions which ends Feb. 11. 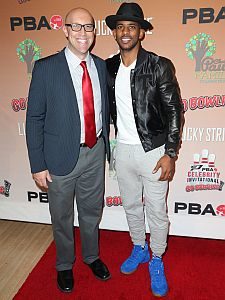 To view the CP3 red carpet interviews, or any of dozens of other PBA video clips, click here. 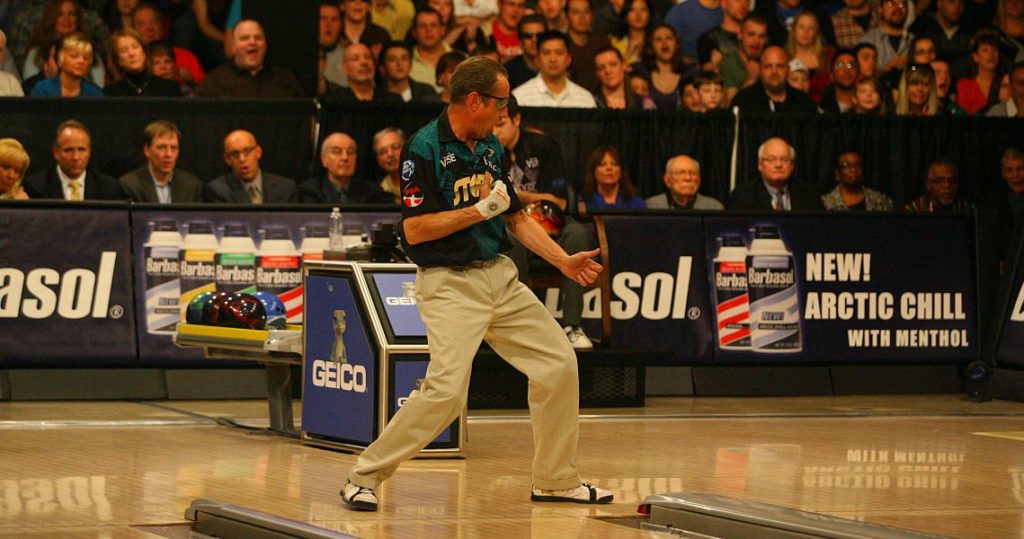 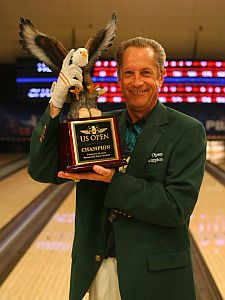 Player’s Perspective is a special series of personal conversations about key moments in PBA history, available first to Xtra Frame subscribers and a week later to all fans on PBA’s YouTube channel.

Xtra Frame subscription packages are offered for seven days, a full month or a 12-month Xtra Frame Season Ticket. Visit xtraframe.com for details on how to subscribe.

A number of Player’s Perspective features are currently available on PBA’s YouTube channel. The new series will debut on Thursday in the coming weeks.

Next up, on Jan. 18, will be Rhino Page‘s insights into his personal breakthrough in winning the 2017 Xtra Frame Kenn-Feld Group Classic in Clearwater, Ohio. Page’s Player’s Perspective will then debut on YouTube on Jan. 25.

Additional perspectives will be announced in the coming weeks. 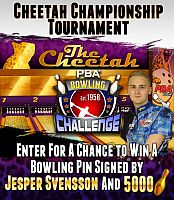 Under the contest rules, PBA Bowling Challenge players were invited to “bowl” a virtual game on their mobile devices to try to beat the 245 game Jesper Svensson rolled in actually winning the PBA Cheetah Championship. Every score that topped Svensson’s 245 automatically entered the player into a drawing to win 5,000 Gold Pins (in-game currency) and a PBA bowling pin signed by Svensson.

Speaking of Concrete Software’s PBA Bowling Challenge Mobile Game, this week marked the addition of another new PBA League venue to test your skills. The Motown Muscle venue was introduced on Jan. 4; Thursday will introduce the Philadelphia Hitmen venue to the game. 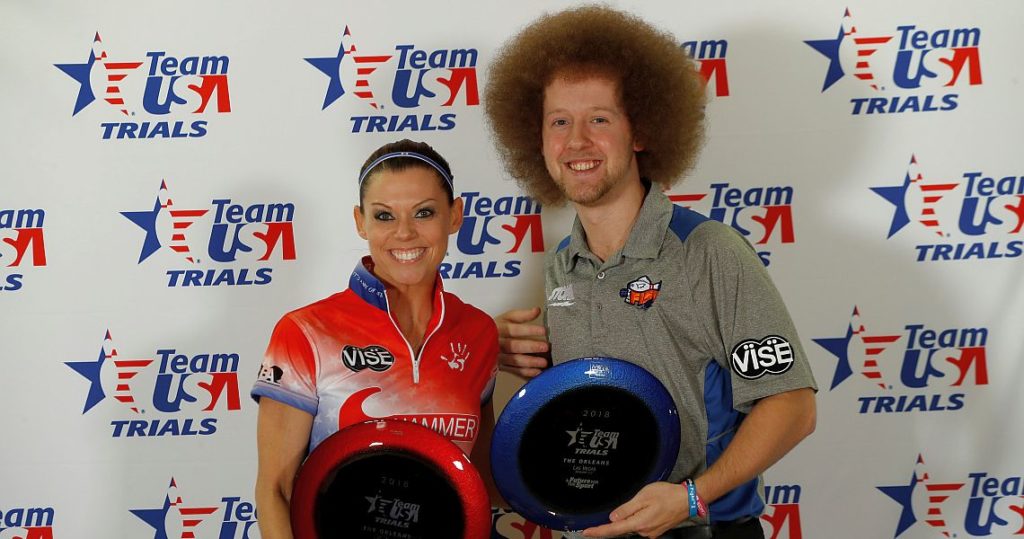 Led by Kyle Troup (pictured above with women’s winner Shannon O’Keefe) of Taylorsville, N.C., who captured the 2018 USBC Team USA Trials titles on Sunday, in Las Vegas, another group of PBA stars will bowl for the United States as members of Team USA 2018.

Troup finished the 2018 event with 21 ranking points over five qualifying rounds on five different lane conditions at The Orleans bowling center in Las Vegas to earn his first berth on Team USA.

The 26-year-old two-hander, who will represent Team USA in the 2018 QubicaAMF World Cup, will be joined on the team by PBA members AJ Johnson of Oswego, Ill.; Jakob Butturff of Tempe, Ariz., and Darren Tang of San Francisco, who earned berths based on qualifying; Andrew Anderson of Holly, Mich., and Marshall Kent of Yakima, Wash, who were picked by the National Selection Committee, and Chris Barnes of Double Oak, Texas; Tommy Jones of Simpsonville, S.C.; EJ Tackett of Huntington, Ind.; Michael Tang of San Francisco and Chris Via of Springfield, Ohio, who were selected by the National Selection Committee based on submitted resumes.

The PBA has learned that Rob Hoffman of Freehold, N.J., a PBA member since 1993, died Dec. 22 at the age of 52. He had a best regional and PBA50 regional finish of fourth. He was a member of the Monmouth County Bowling Hall of Fame and owned 32 sanctioned 300 games.