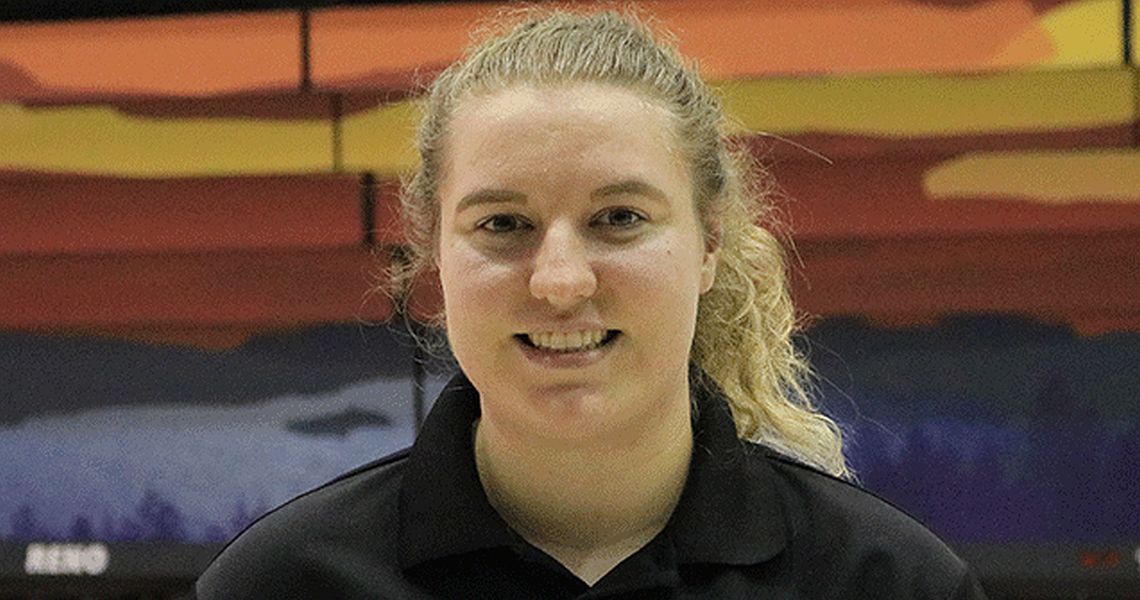 2018 USBC Women’s Championships comes to a close in Reno

The 2018 event, which kicked off April 19 and lasted for 74 days, made its record 11th trip to Reno and eighth appearance at the National Bowling Stadium, welcoming 4,334 four-player teams and more than 17,000 bowlers to the 78-lane venue. 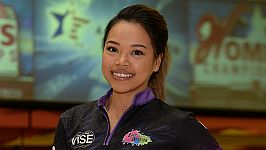 AJ Schock (featured photo) of Battle Ground, Washington, rolled the highest set of her career on the way to the lead in Diamond Singles (787) and Diamond All-Events (2,132), while Chelsea Couto of Kerman, California, used the momentum of a strong performance during her team event Saturday to capture the top spot in Topaz All-Events with 1,385. 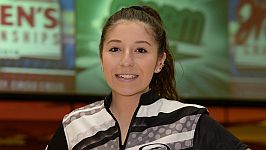 Joely O’Grady (right) of Rahway, New Jersey, previously held the lead in Diamond Singles with 754, and Team USA’s Julia Bond (left) of Aurora, Illinois, was the leader in Diamond All-Events with 2,128. Julie Carter of Linthicum, Maryland, previously topped the Topaz All-Events standings with 1,357.

Schock, a 21-year-old right-hander making her USBC Women’s Championships debut, rolled games of 276, 233 and 278, and her set Sunday morning is the third-highest singles series in tournament history. She added sets of 674 in team and 671 in doubles to edge Bond for the all-events lead.

Schock started her final game of singles with back-to-back spares, before rattling off nine consecutive strikes. Her strike in the ninth frame wrapped up the singles lead, and she filled 29 pins in the 10th frame to secure the top spot in all-events.

Schock admitted to looking at the leaderboard prior to her debut, but she didn’t believe it added any pressure to the moment.

“I knew what the numbers were, but it wasn’t in my head,” Schock said. “I just wanted to focus on taking it one shot and one game at a time. If I made my way to the top, great. But if I didn’t, it would be a good experience.”

After opening doubles Sunday with a 255 game, Schock followed it with 180, noting her spare shooting wasn’t at its best.

“I wasn’t comfortable in my second game of doubles,” Schock said. “I was missing spares, so I knew that was the first thing I had to change. But, after that, I calmed down, stayed comfortable and put the ball where it needed to be.”

She also had to make some adjustments as the lane condition began to transition for her in singles, but she quickly found the right move.

“At the end of the second game and start of the third game, my angle to the pocket wasn’t the greatest,” Schock said. “I was either going high or leaving flat 10s. So, I opened up my shoulders a little and gave the ball a little more room to recover.”

Schock had a very successful career on the lanes while in high school, helping Battle Ground High School win four consecutive Washington Interscholastic Activities Association Class 4A state titles. Her performance Sunday has her looking forward to the next step of her career, competing on the Professional Women’s Bowling Association Tour.

“The PWBA Tour has been a goal of mine since it restarted,” Schock said. “Today definitely gave me a boost to give it a try.” 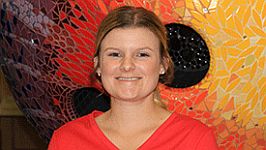 Couto (right), a 27-year-old right-hander, started her fourth Women’s Championships appearance with a 537 series in team and backed it up with 425 in singles and 423 in doubles to get to the lead.

Couto has been on a run as of late, which started with a strong showing at her state tournament.

“I bowled the California State tournament a few weeks ago,” Couto said. “My mom and I finished in first in doubles, and I came in third in all-events.”

Couto knew she was bowling well at the NBS, but she was surprised to find out her overall effort was enough to take the lead.

“Last night I bowled really well, but I never thought it would result in anything,” Couto said. “I’m in shock, and it feels so great to take over the lead on the very last squad.”

Joining Schock at the top of the Diamond Division leaderboard is USBC Hall of Famers Robin Romeo of Newhall, California, and Jeanne Naccarato of Tacoma, Washington (left, l-r), who used a huge final game May 15 to get to the lead in Diamond Doubles with 1,405.

The pair also teamed up to take the top spot in Diamond Doubles at the 2014 Women’s Championships, which was held at the nearby Reno-Sparks Convention Center. 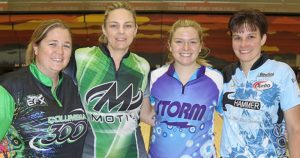 On May 14, Golden Approach Pro Shop of Dayton, Ohio (right), secured the lead in Diamond Team with a 2,703 total.

Led by Rebecca Whiting‘s 713 series, Golden Approach Pro Shop posted games of 925, 885 and 893 on the way to the top of the standings. Whiting was joined by three-time Women’s Championships titlist Shannon Pluhowsky (693), Rebekah Martin (660) and Kelly Belzeski (637). 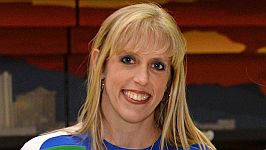 In addition to Schock, Wendy Mann (left) of South Elgin, Illinois, also is looking to claim a pair of titles at the 2018 event after taking the lead in Emerald Singles and Emerald All-Events on May 7. 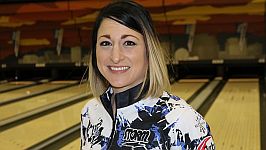 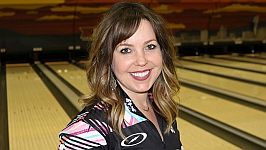 Three-time Women’s Championships titlist Lindsay Boomershine (right) of Perry, Utah, connected for 300 during her final game of doubles May 16 for a 762 series, and 2012 USBC Queens champion Diandra Asbaty (left) of Chicago rolled 12 consecutive strikes minutes later on the way to a 729 singles series.

The perfect games were the 26th and 27th in tournament history and marked the first 300s at the event since 2014.

Longevity again was celebrated in 2018 as nine bowlers joined the event’s 50-Year Club. 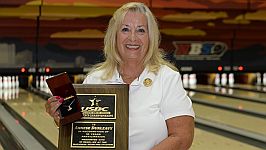 From May 16-22, the Women’s Championships stage was home to the USBC Queens, a major championship on the PWBA Tour, and welcomed nearly 200 of the top female bowlers from around the world to compete for the coveted tiara awarded to the winner. 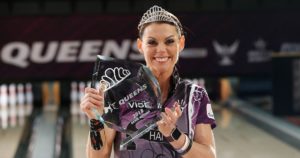 Team USA’s Shannon O’Keefe (left) of O’Fallon, Illinois, a four-time titlist at the Women’s Championships, won the 2018 Queens by defeating Bryanna Coté of Red Rock, Arizona, 221-189. The stepladder finals of the 2018 event were broadcast live on CBS Sports Network.

The Women’s Championships will celebrate its 100th edition in 2019 at Northrock Lanes in Wichita, Kansas.