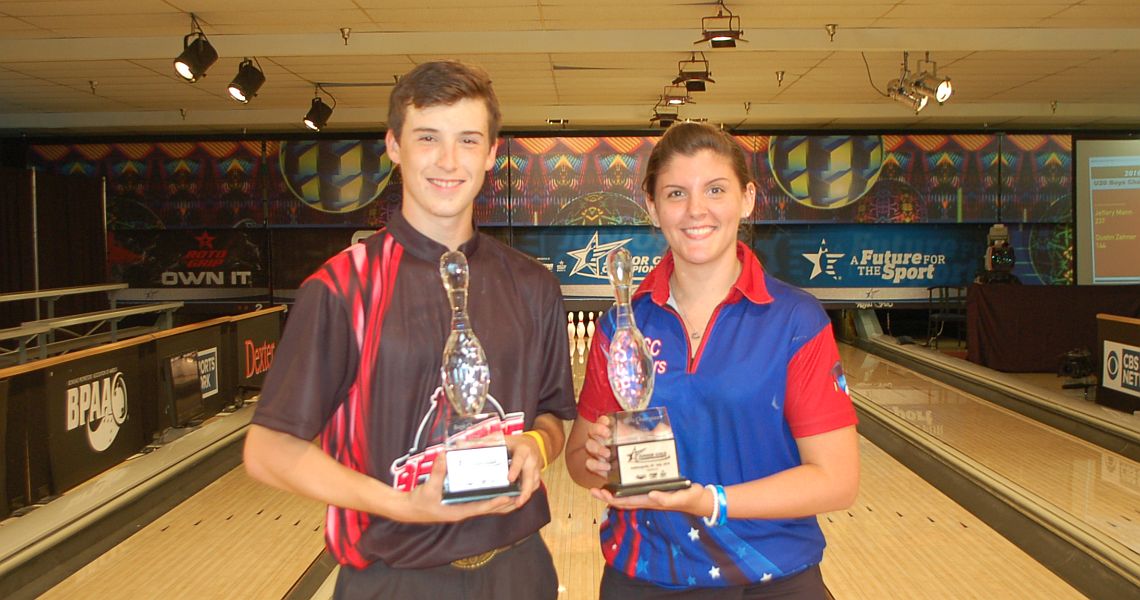 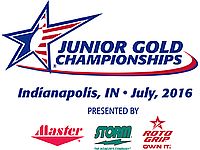 A historic week at the 2016 Junior Gold Championships presented by Storm, Roto Grip and Master came to a close Saturday as champions were crowned at Western Bowl in Indianapolis.

All competitors participated in four rounds of qualifying before the first cut, and the field eventually was narrowed down to the top 16 players in the U15 and U20 divisions and top eight in U12 for the double-elimination match-play bracket. Each round of bracket play featured two-game matches with total pinfall determining the winner. 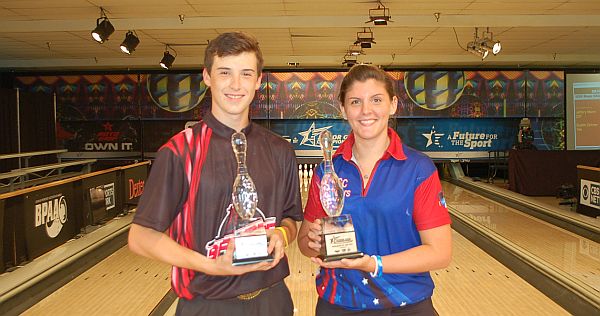 Jacqueline Evans (right) of Acton, Massachusetts, and Jeffery Mann (left) of West Lafayette, Indiana, captured the U20 titles for the girls and boys, respectively, while Mabel Cummins of Elburn, Illinois, and Solomon Salama of Beverly Hills, California, were victorious in U15.

Hannah Diem of Seminole, Florida, won the U12 girls’ title, and Edgar Burgos of Dorado, Puerto Rico, took home the U12 boys’ trophy.

The U20 girls’ championship match required more than 20 frames to complete as Evans and Haley Cummings of Huber Heights, Ohio, tied at 411 after two games. Cummings had the opportunity to win with a conversion of a 7 pin in the 10th frame of Game 2, but missed the single pin to the right.

In the ninth and 10th frame roll-off, both Evans and Cummings started with strikes. Cummings added a spare and nine count in the 10th to finish with 39, giving Evans the chance to win the title with a 20-pin count. She delivered a strike on her first effort and clinched the U20 title with a six count on her second, 45-39.

“I honestly couldn’t believe it,” said Evans, a 20-year-old who will be a junior at Lawrence Tech this fall. “I had to walk away for a second when I realized the chance was still there. Striking in the 10th was an unreal feeling. I bowl in the anchor spot in college, so I’ve gotten used to the pressure. It was a feeling I wanted to have, and that’s when I get my adrenaline going and make quality shots. This was a great week.”

Jeffery Mann of West Lafayette, Indiana, got off to a strong start and big lead in the U20 boys’ final and never looked back against Dustin Zehner of South Bend, Indiana, claiming the title with a 432-331 victory.

“When I came out to throw my first practice shots, it was nothing like I was expecting,” said Mann, a 17-year-old.

“I knew I had to come in with an open mind, so it was either a move or ball change. I switched to a ball that I hadn’t thrown all week, but I had a feeling and good reaction, so I decided to move off that and go with it. This is unreal. I’m still trying to process making Junior Team USA first. Usually, I’d be nervous or shaking, but I’m completely still. I’m waiting for it to set in, and it’s going to hit me like a wall all at once.”

Six boys and six girls also earned spots on Junior Team USA for 2017 through their performances at Junior Gold this week.

Jared Armstrong of Louisville, Kentucky, Pete Vergos of Apopka, Florida, Wesley Low of Palmdale, California, and Thomas McNeal of Burien, Washington, earned spots on the boys team through qualifying, while Zehner and Mann also made the team by advancing to the championship round.

Low is making his fifth consecutive appearance on Junior Team USA, while the other five boys are first-time members.

Cummings also earned her spot in 2017 by advancing to the title match. Evans was ineligible for a spot due to age requirements. 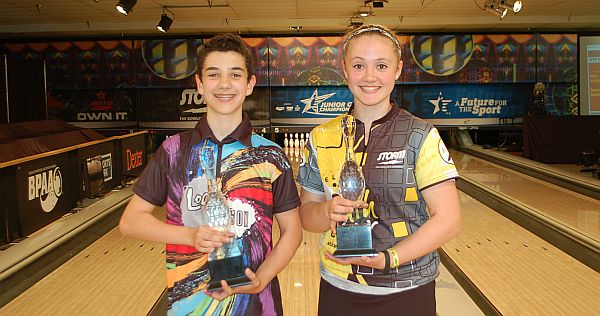 Salama (left) took a four-pin advantage into the second game of the U15 boys’ title match against Nick Archacki of Saegertown, Pennsylvania, and neither player relented as the game approached the final frame.

Salama, 13, finished the match first with a 207 game, forcing Archacki to mark for the win. After leaving a 5-6 on his first offering, Archacki was unable to convert to finish with 203, giving Salama the victory, 417-409.

“I told myself just to make my spares, because I knew the strikes would follow,” Salama said.

“If I could get one or two doubles per game, I knew I would be in the match. Nick threw great shots all week, and that was just an errant shot. He threw thousands of great shots this week and really bowled great. This was a very surprising win, since it’s my first year in U15 and I didn’t bowl well at all in U12 last year. To make it this far and win is amazing.”

In the U15 girls’ final, Cummins (right) remained calm and collected as she rolled to a 420-366 victory over Sarah Sanes of Murfreesboro, Tennessee.

“Even though there was a lot going on around me, I was just focusing on hitting my target and making clean shots,” said Cummins, a 14-year-old. “I don’t like to watch the scores, so I didn’t realize that I had won until they announced my name as a Junior Gold champion. This is an amazing feeling and I’m so happy and incredibly thankful to everyone who’s helped me get here.”

Sanes recorded her second runner-up finish at Junior Gold. She finished in second in U12 at the 2014 event in Buffalo, New York.

Cummins and Salama also earned spots on the U15 Developmental Team along with Allie Leiendecker of Wooster, Ohio, and Richard Paul III of Winton, California. 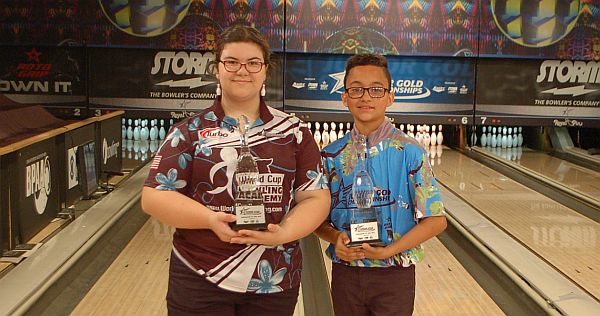 In the U12 division, Diem (left) jumped to a 36-pin lead against Elizabeth Coutta of Smyrna, Tennessee, after the opening game of the girls’ title match. Diem then opened Game 2 with a spare and four consecutive strikes.

While Diem, who holds the distinction of being the youngest bowler to have a certified 300 game, would then open in the sixth and seventh frames, she was able to stay clean the rest of the way to capture the title, 385-319.

“It doesn’t feel real, honestly,” Diem said. “It feels like I’m dreaming this.”

Burgos took the boys’ U12 title in a close contest against Anthony Mastroianni of Brooklyn, New York. Mastroianni won the opening game, 188-187, despite Burgos starting with four strikes. After the strike string, Burgos would open in three of the next four frames.

“I was just really nervous and my head was not in the game,” said Burgos, who led qualifying. “Then my dad, in the second game, calmed me; he said ‘You got this.'”

While Mastroianni would have just one open frame in Game 2, Burgos stayed clean in a 205-179 victory to take the title with a 392-367 two-game total.