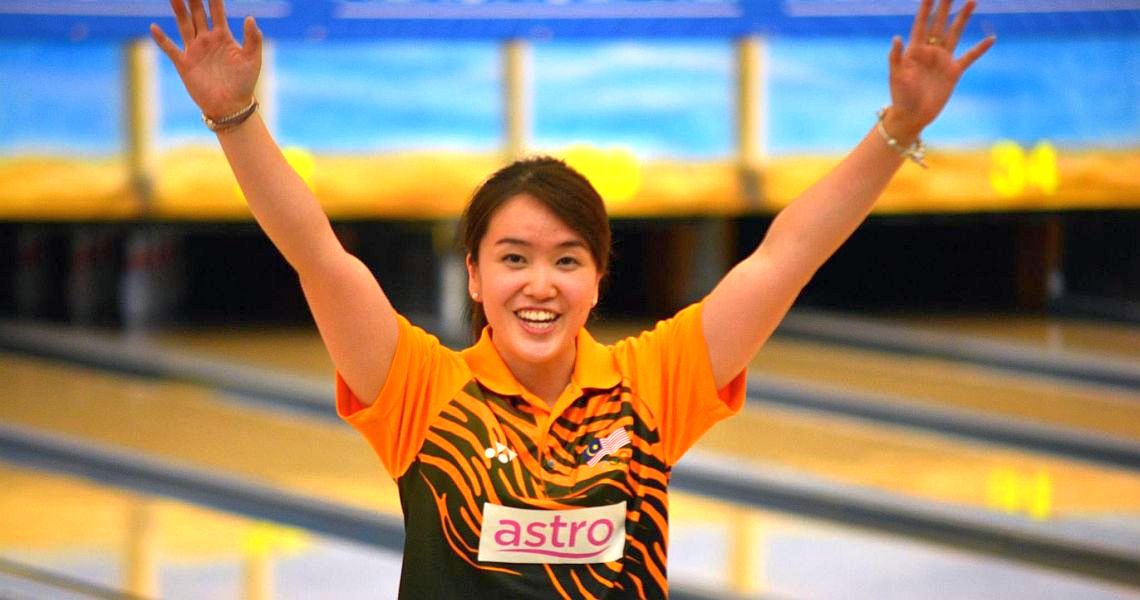 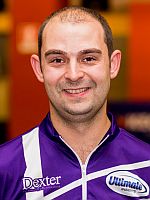 In a rematch of the title match at the 12th Storm San Marino Open, Sin Li (left) defeated Dominic Barrett (right) of England to become the first female champion this season and to earn the 5.000 Euro top prize.

With the victory, Sin Li extended the women’s winning streak on the European Bowling Tour to 17 years. Women have won at least one title in each year since the EBT’s inception in the year 2000. The women’s best season was in the year 2008 when they won four titles in 17 events, including consecutive wins in the season’s last three tournaments.

In 2001, 2004 and 2014 the women collected three titles. Sin Li feat marks the 29th victory by a woman in 269 tournaments so far. She became the 21st woman to win an EBT title. Zara Glover of England and Ghislaine van der Tol of the Netherlands are the EBT’s all-time women’s leaders in wins with three titles each. 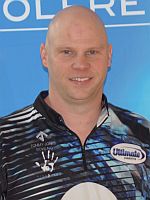 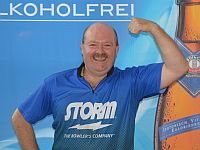 The top 4 of 64 players, who advanced to the finals of the Track Open, made it to the eliminator-format finals in Munich.

Four-time EBT men’s ranking leader (2000-03), Gery Verbruggen (left), fourth on the men’s all-time title list with 11 wins, was eliminated in the first round to finish fourth.

17-time Professional Bowlers Association champion Tommy Jones (right), United States, went out in the second round to finish third and is still looking for his first European Bowling Tour title.

Sin Li, who led the third round before the cut to the top 4 by 68 pins over fourth-place Barrett, had the advantage that the pins of Round 3 and of each eliminator match was carried forward. She rolled games of 240, 276 and 231, including handicap, in the eliminator finals to cruise to victory.

The 7th Track Dream-Bowl Palace Open by Erdinger was the 10th stop of the 2016 European Bowling Tour and the second out of three EBT “Gold” tournaments this season. The tournament was held July 16-24 at 52-lane Dream-Bowl Palace in Unterföhring near Munich, Germany.

Qualifying (six-game series, unlimited re-entries) ran from Saturday July 16, through Saturday, July 23. Each of the 18 squad winners received a 300 bonus. Women receive 8 pins handicap each game (maximum is 300) throughout the entire tournament, an equality handicap provided to women in all EBT events.

Total 64 players advanced to the finals on Sunday, July 24, including the top 50 from the overall qualifying standings plus top 4 of squads 1-7, leader of squads 8-9, leader of squads 10-11, top 4 from a “High-Low” list (two-game total of lowest and highest game; additional 10 Euro per squad) and top 4 from the Desperado Squad.

The finals kicked off with three four-game rounds, each beginning from scratch, which trimmed the field to 36, 16 and then four players. Those four carried over their pinfall total into the eliminator-format finals featuring three one-game rounds.

All four players bowled the opening game after which the lowest-scoring player after five games was eliminated. In the two rounds to follow, the same “low man out” format applied, with pinfall carrying over. The last man standing was declared the champion.

The European Bowling Tour travels to Sky Bowling in Wroclaw, Poland, for the Polish Open presented by Roto Grip July 25-31. 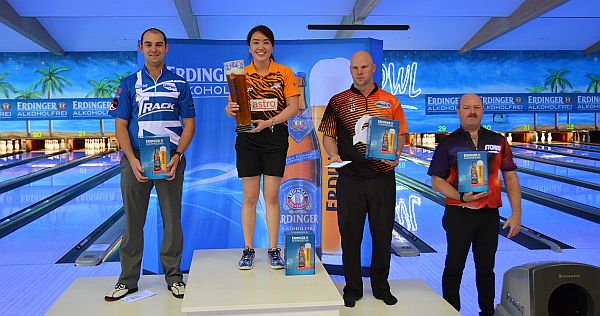