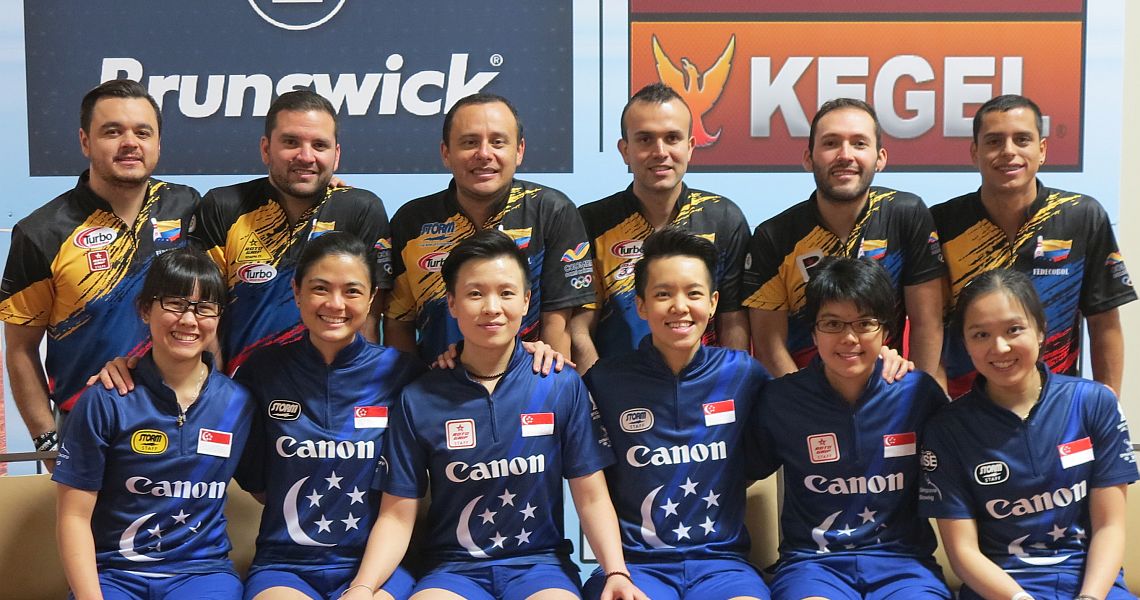 Colombia, Singapore earn the No. 1 seeds for Sunday’s Team of Five finals

03 December, 2017
Championships
7669
Ads
The men from Colombia and the women from Singapore led the six-game preliminaries in the five-player team event at the World Bowling Championships for men and women in Las Vegas to earn the no. 1 seeds for Sunday’s medal round at South Point Bowling Plaza.

Sisters Cherie and Daphne Tan, Jazreel Tan, New Hui Fen and Shayna Ng of Singapore will battle it out for the women’s title with Malaysia, Colombia and Korea. 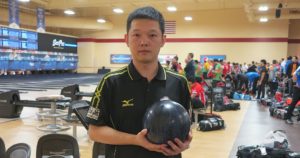 The team preliminaries also decided the medals in all-events. Wu Hao-Ming (left) of Chinese Taipei, who rolled the lone 300 game of this Championships in his first game in Singles, averaged 217.54 for 24 games to win the gold medal in men’s all-events with 5221 total.

Petteri Salonen of Finland was 70 pins behind to capture the silver medal with 5151. AJ Johnson, United States, secured the bronze medal with 5134. 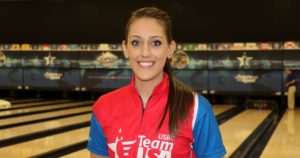 Johnson’s fellow countrywoman Danielle McEwan (right) totaled 5126 pins, an average of 213.58, to win the women’s title. Siti Safiyah of Malaysia was 78 pins back in second place with 5048. Bronze went to Tsai Hsin-Yi of Chinese Taipei with 5017. 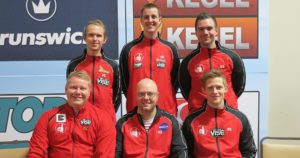 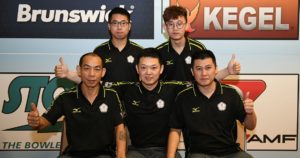 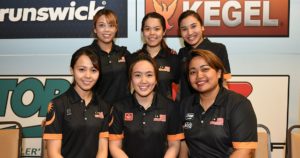 On the women’s side, block 1 leader Malaysia with Natasha Roslan, Sin Li Jane, Syaidatul Afifah, Siti Safiyah and Shalin Zulkifli came out of the gates with a big 1059 game to widen the lead to 50 pins. 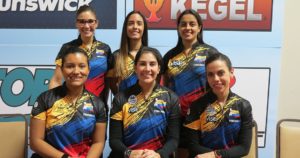 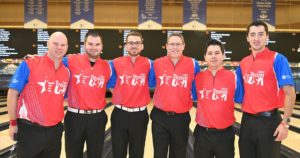 The Danish men’s team added another 1080 in the second game to widen the lead to 56 pins. USA (left) and Colombia almost matched each other with 1045 and 1044 and they overtook Germany to move into second and third place, respectively.

Germany managed 998 and slipped two spots to fourth place while the spinners from Chinese Taipei remained in fifth place. 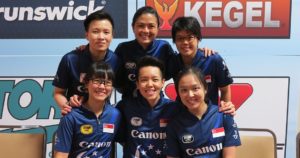 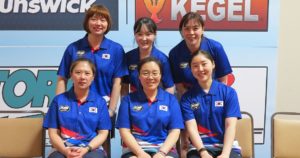 USA overtook Malaysia and Colombia thanks to a 1044 game to leap into second place. Malaysia had only 959 and fell to third place, followed by Korea’s Kim Moonjeong, Kim Minhee, Baek Seungja, Lee Nayoung and Jung Dawun (left) who moved into the top 4 behind a 1065 game. Colombia slipped from second to fifth place followed by Chinese Taipei. 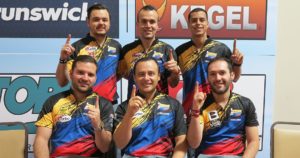 The Colombian men (right) closed with 1034 to win the preliminaries with 6246 total and an average of 208.20. The Colombians were the lone team that had all six games over 200.

Denmark finished with 954 to slip to second place with 6225. Led by all-events champion Hao-Ming, the spinners from Chinese Taipei jumped from fifth to third place with 1059 and 6207 total. 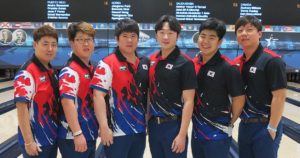 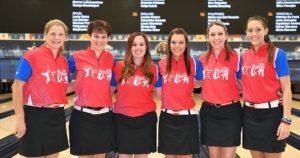 She got the doubled and delivered another strike, which sealed the fate for the Team USA women, 6140 to 6138.

The top 4 men’s and women’s teams advanced to the medal round in Baker format, which will be held on Sunday afternoon starting at 1.30 Pacific Standard Time (PST) right after the trios finals. 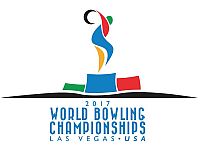 The World Bowling Championships for men and women will be held from Nov. 25 through Dec. 4 at South Point Bowling Plaza in Las Vegas, Nevada, United States.

The Championships will award medals in six disciplines in each division – singles, doubles, trios, team, all-events and masters.

Bowlingdigital will provide onsite coverage of the combined World Championships including reports, photos and results after each round commencing with women’s singles preliminaries on Saturday, Nov. 25, all the way through to masters match play on Monday, Dec. 4, completed in the late afternoon.

Top 4 teams after two blocks of three games advance to the medal round on Sunday, Dec. 3.

Top 4 teams after two blocks of three games advance to the medal round on Sunday, Dec. 3.