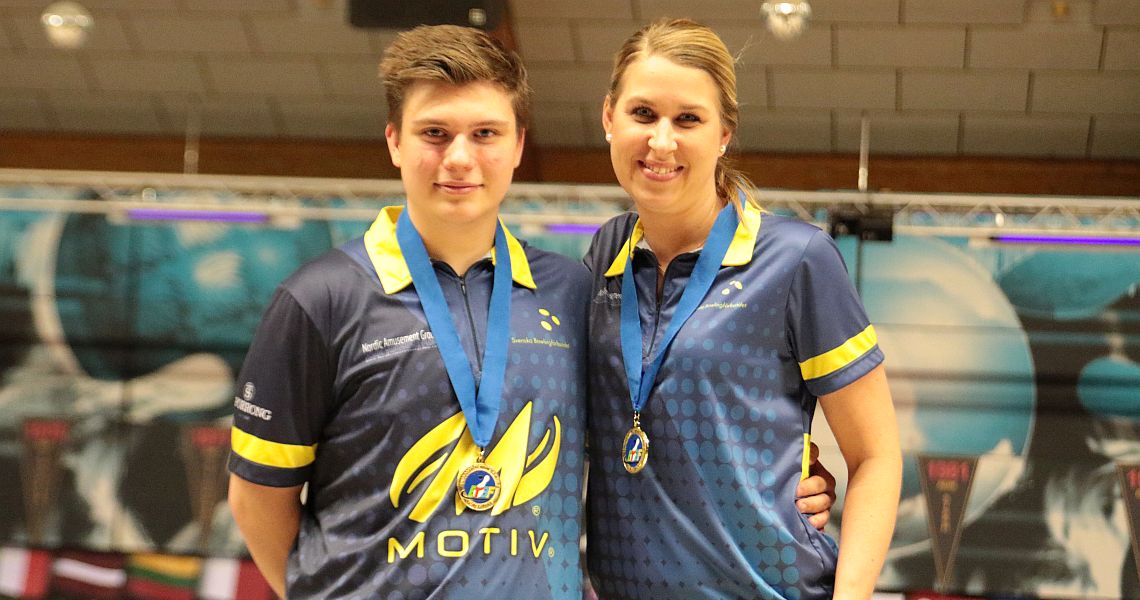 Jonsson started his title quest with a single-pin spare, then reeled off four consecutive strikes to take a 30 pin lead. Oksanen, who averaged over 230 in the Championships, was unable to double in the entire game. He struck in frames 1, 4 and 8 and converted five single-pin spares.

However, when Oksanen converted the 3-6-9-10 constellation in the ninth frame while Jonsson missed the baby split (3-10), the Finn needed a double and a high count in his last frame to force the Swede to mark in his 10th frame to win. 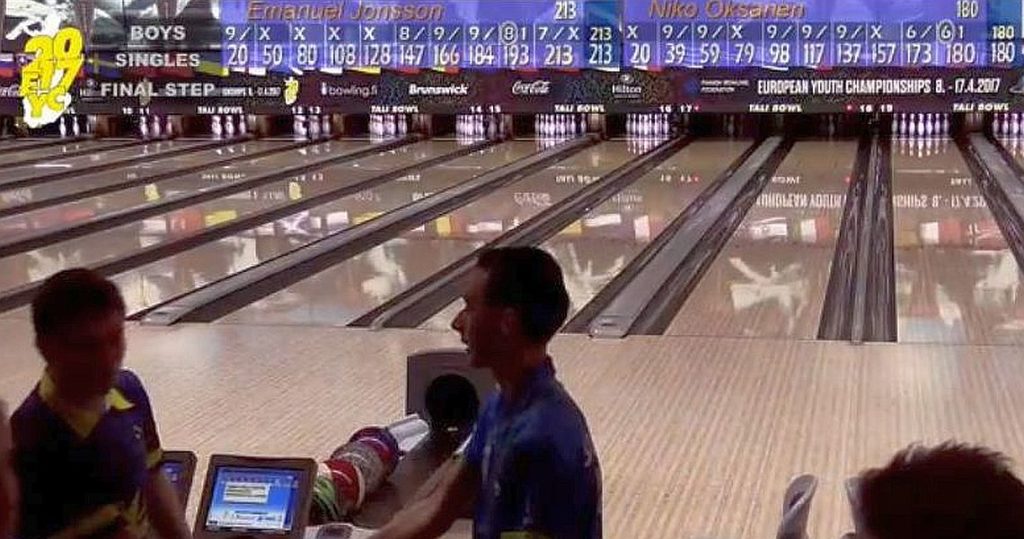 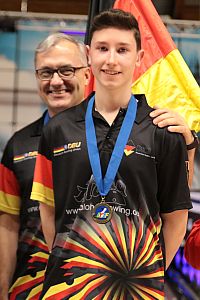 To get to the gold medal match, Jonsson and Oksanen had to sideline the top-seeded players in the semi-finals.

Jonsson, who tied Oksanen in the preliminaries, used a string of strikes in the second half of his game against No. 2 seed Sidney Schroschk (right) of Germany to defeat the two-handed left-hander, 232-177.

Oksanen led his game against Ziga Zalar in the sixth frame by 20 pins after the top-seeded Slovenian opened twice. The Finn then reeled off five consecutive strikes to put the match away well before the final frame, 235-164.

Schroschk and Zalar each got a bronze medal, the first medals for Germany and Slovenia in this Championships. 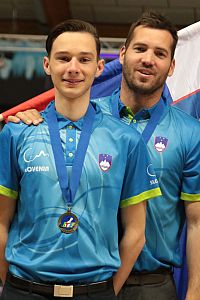 Zalar (left) started the first of two squads with second 300 game of this Championships and the 17th in the history of European Youth Championships. There could be no better place to roll the first career 300 game than on the biggest stage for youth bowlers in Europe.

He followed the perfecto with games of 217, 242, 236, 266 and 177 to lead the 92-player field from 28 countries (Ki Leighfield and Matthew Terry were expelled from the English national team and did not bowl in singles) after the preliminaries with 1438 total and an average of 239.67. 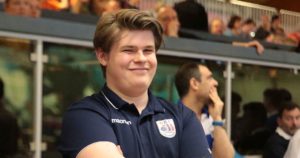 Jonsson kicked off B squad with a near-perfect 299 game and tied Oksanen, who was second in A squad, at 1384 (230.67). Jonsson defeated Oksanen in roll-off, 40-25, to earn the No. 3 seed. The Finn, who rolled the first 300 game of the Championships in doubles, took the fourth and last spot to advance.

Jonas Dammen (right) of Norway set another high light in A squad when he connected on 12 consecutive shots in game 4 for the third perfecto of the Championships and the 18th in EYC history. 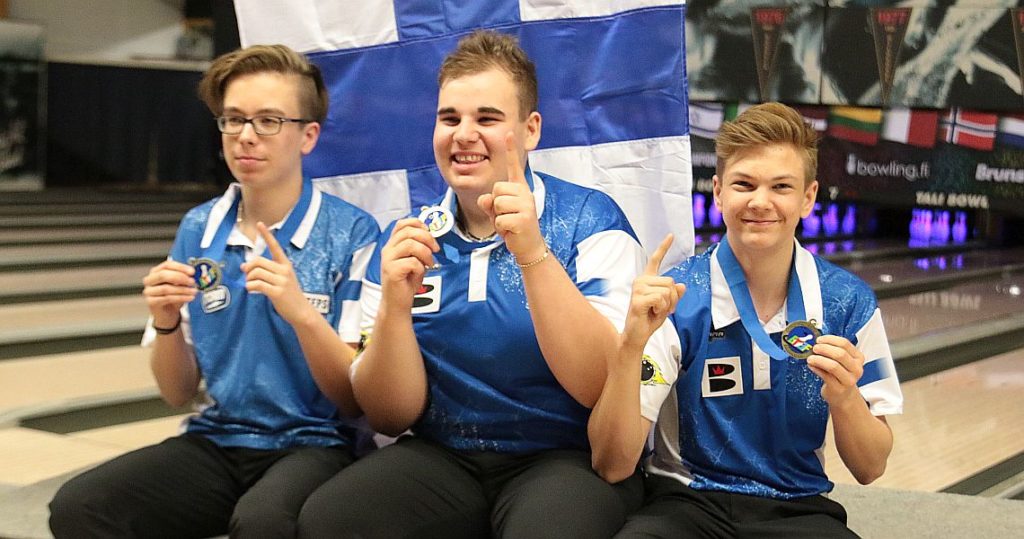 Finland swept the medals in boys’ all-events (total pinfall in doubles, team and singles preliminaries). Starting singles with a 168-pins cushion, defending champion Niko Oksanen (above center) successfully defended his title all-events as he cruised to the gold medal with EYC record 4187 total or an average of 232.61 for 18 games.

Action shifts to girls’ singles competition on Saturday. The 52 girls from 18 countries will be split into two squads which will start the six-game preliminaries at 9 a.m. and 1.15 p.m. Eastern European Summer Time. The semi-finals and the gold medal match will follow at 5.30 and 6 p.m. EEST. The singles preliminaries will also decide the medals in all-events and the 24 players, who will advance to match play masters on Easter Sunday.

The 30th European Youth Championships will be held from April 8-17, 2017 at Tali Bowl in Helsinki, Finland.

Up to four boys and four girls per country who must not be born before September 1, 1998 will bowl in separate divisions for gold, silver and bronze medals in five disciplines: Singles, Doubles and four-player Teams, All-Events and Masters.

Singles, Doubles and Team preliminaries feature six games with the top 4 advancing to the medal round. No. 1 bowls No. 4 and No. 2 takes on No. 3 in the semi-finals. The winners bowl for gold and silver while the losers share the bronze medal. All matches will be decided in one game.

The three players with highest 18-game total of the Singles, Doubles and Teams preliminaries earn the medals in All-Events. The top 24 in All-Events determine the Masters champion in single-elimination match play in best-of-three games format. Top 8 players receive a first-round bye.