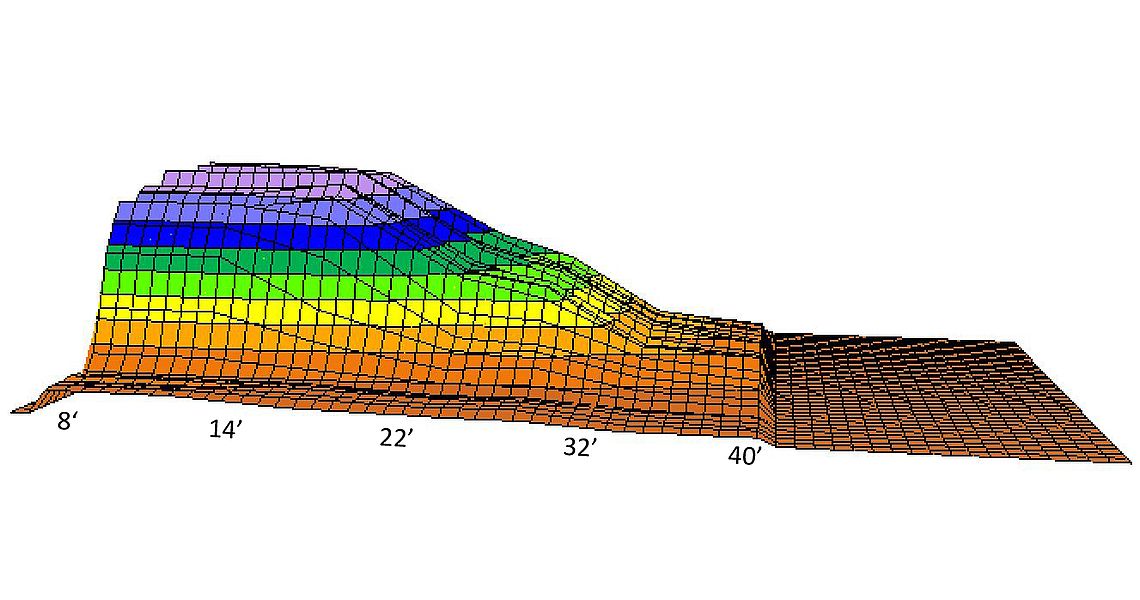 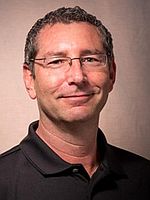 Oil pattern taper, the amount of lane conditioner in the front part of an oil pattern versus how much is at the end of the oil pattern, has had to change significantly as bowling ball technology has changed. Lane conditioner (lane oil) has two main functions; to protect the lane surface, and to provide smooth predictable ball motion for as many styles as possible.

When bowling balls were balanced, the rotation of the bowling ball was very stable and there was essentially one oil ring on the surface of the ball. Front-to-back oil taper with balanced balls is very different than what is needed with modern high flaring balls, which have multiple oil rings on them.

At the same time that bowling balls were going through changes, lane surfaces were also changing – “it’s very hard to hit a moving target” was something John Davis used to say often when referring to the art of lane conditioning.

As we have shown often in seminars and online articles, regularly maintained wood bowling lanes are the most consistent type of lane surfaces from lane-to-lane, and bowling center to bowling center. There may be some lengthwise level differences from center to center, but the overwhelming majority of wood lanes were cut with a slight depression, which allowed statements like “the oil pattern taper should be 3:1” to be more valid.

With synthetic lanes however, lane shapes are all over the map, and blanket statements about front-to-back taper, or any oil pattern statement for that matter, can often do more harm than good for people trying to find the best solution for their bowling center.

In measuring hundreds of bowling centers around the world with the Kegel LaneMapper we have found the lanes in any one center follow the same trend as it relates to lengthwise levelness. The only exception to that rule is when bowling centers have added sections of lanes over time.

So if we simply talk about oil pattern taper as it relates to the lengthwise level of a bowling lane, if a lane went downhill we could easily increase the front-to-back taper ratio to help the ball slow down to achieve “good ball motion”. Conversely, if the lanes in a bowling center predominantly go uphill, we might decrease the taper of the oil pattern so the ball would slow down less in order to provide good ball motion for the majority of bowlers.

When lanes were made of wood and resurfaced often, and bowling balls were essentially balanced, it was that simple – but not today.

Add the fact that your customers have bowling balls that are still balanced (low flaring) to the very unbalanced kind (high flaring), providing that perfect front-to-back taper can be a challenge.

Of course your daily house pattern is most important for your center, and getting that one pattern “right” can be accomplished, but applying a tournament pattern, or one of the many named patterns out there, and having players expecting it to play similar from center to center is like expecting to win the lottery.

Most daily patterns used in bowling centers around the world are of the easy variety – a lot of conditioner in the middle and not much outside. For these type oil patterns, it is most important to control the amount in the mid lane and at the very end of the pattern to 1, minimize carrydown and 2, to open up the outside portion of the lane.

The graphic below is of a typical oil pattern taper when only non-flaring balls were in use. The goal then was to protect and apply conditioner only in the head area and let the conditioner “bleed off” the oil transfer system the rest of the way down the lane to the end of the oil pattern. From 8′ to the end of the pattern was typically a front-to-back taper ratio of 3-4 to 1 and that was with a maximum of 20 units in the head area!

Today’s oil patterns with today’s high flaring balls require a different type of taper, and much more volume. If we start with 80 plus units in the heads, there might still be 50 plus units in the middle to the 30 foot range. We do this in order to provide the bowler with a lot of hold area and decent ball motion, along with providing durability to protect the lane as long as possible.

Below is an example of a typical daily oil pattern taper using high flaring bowling balls. As you can see, much more conditioner is used throughout the entire pattern.

The outside portion of the pattern has very little conditioner because most centers want to provide the bowler with a lot of mistake area outside of target. So even though we may want some taper there to allow the straighter player to start more to the right, most are concerned about not having too much conditioner towards the outside area in order to provide the largest margin for error possible.

When designing competitive oil patterns, the goals of a specific oil pattern can vary greatly. If the pattern must play good on the fresh, because of a match-play format for example, finding that perfect taper for game one might be in order. That type pattern will usually be a higher front-to-back taper ratio in order to get the ball to read the lane sooner within the oil pattern.

If the goal is for the pattern to keep players in a specific zone for a longer time, front-to-back taper might not be as important as making sure the end of the pattern holds up for more games. That type of pattern would most likely have much less taper and play more difficult on the fresh, and then become easier as depletion towards the mid and end part of the oil pattern occurs.

The pattern goal of that event was to try and keep the players from lofting the gutter, which was accomplished, but we cannot discount what was done with topography at that venue as well. Our studies show topography is always a factor in how oil pattern plays, develops, and breaks down. In this case, the USBC made topography public so we know lane topography definitely was an additional reason the pattern held up so well. (The why will be a future article!)

For instance; FIRE and ICE were created for increased durability (to make it take longer for the ball to read the lane as it breaks down and depletes) and both require less conditioner at the very end of the pattern than many of our previous conditioners. If there is too much at the end of the oil pattern the ball will read the carrydown much more than if for example, the same amount of Prodigy was at the end of the pattern.

If using our newest lane conditioner, Curve, more conditioner can be applied at the end of the oil pattern simply because it’s a higher friction conditioner and that will help the ball slow down. Also, the ball won’t “see” what is carried down beyond the oil pattern as much as it would with FIRE or ICE. The trade-off however is durability.

Now that we have those other factors covered, we can touch base on topography some more and how lane shape affects oil patterns. As we touched base earlier, wood lanes have very similar topography; all are slightly depressed (lower in the middle than the outsides) with the main differences from center to center in lengthwise levelness.

Yes we have more wear issues with wood lanes, which can be corrected with a resurfacing or re-coating, but with synthetic lanes we have more diverse shapes on the lane than ever before in the modern history of the game. Those shapes can vary from lane to lane, and even within the same lane. This makes finding that perfect oil pattern on synthetic lanes across any one bowling center more challenging than ever.

For lanes that are predominantly crowned, lowering the amount of conditioner in the mid lane and at the end of the pattern will help the ball lose energy at the proper rate, which will help provide truer ball motion. Crown lanes tend to act like lanes that go downhill, so anything you can do to help the ball slow down will help your bowlers with good ball motion.

For lanes that are severely depressed, and if you wish your bowlers to play right of center, additional conditioner in the mid lane and at the end of the oil pattern helps reduce friction slightly, and therefore helps the ball not lose energy as quick. Think of depressed lane like a banked curve on a race track – the inside part of the lane is lower than the outside part of the lane so the ball is rotating up the hill causing it to use energy quicker along with normal force helping the ball move more to center.

For seagull wing shaped lanes, and believe us when we say there are many overlays like this, shorter patterns will need increased front-to-back taper in order to get the ball to read the lane earlier. Yet longer patterns on this lane shape will need less taper simply because from 10-10 the lane is depressed – once the ball gets towards the middle and end part of the pattern it sees the lane more, and sooner, as the oil depletes.

In the article titled Breakdown and Carrydown – By The Numbers, we showed how today the front part of the lane never really depletes to the point of excessive friction unless there is a major wear issue – it’s the mid lane and backend that deplete to the point of the ball seeing a great amount of friction.

Sure the front part of the pattern depletes, but if we start with 70-100 units up front, or less like in the US Open example, at the end of play there is still 30 to 40 plus units of conditioner in the front part of the lane, which is plenty to provide a low amount of friction. In addition, that part of the lane the bowling ball has the least amount revolutions and the most amount of speed – both of those attributes make the ball “see the lane less” than it does at it slows down and revolutions increase.

The point is, front-to-back taper ratios with today’s patterns is not as important as controlling the amount of conditioner in the mid lane and at very end of the pattern. If you get that correct in your center, the majority of bowlers in your center will have predictable and controllable ball motion, and back end change (carry down) will be minimal. And for the most part, hopefully, you will have happy bowlers.