27 January, 2016
Spare Shots
2009
Ads
Wayne’s Lanes, a popular PBA South Region host center in Waynesboro, Va., fell victim to the massive winter storm that blanketed the Atlantic Coast last weekend. Heavy snow is blamed for the collapse of the roof at Wayne’s Lanes, causing major damage that is still being assessed. According to published reports, no one was injured when the roof collapsed at around 8 p.m. Saturday (photo: PBA). 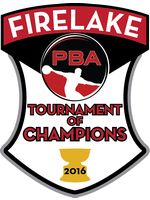 Xtra Frame’s exclusive live coverage of the FireLake PBA Tournament of Champions gets underway with bonus coverage Saturday and Sunday. The Grand Casino Hotel & Resort Southwest Open is a dual-purpose event, including standard PBA Regional competition along with a TOC qualifying event that will send the top 35 eligible players into the Tournament of Champions field beginning Tuesday, Feb. 2.

Xtra Frame’s coverage of qualifying and match play rounds of the FireLake PBA Tournament of Champions is on the schedule for Tuesday through Friday, Feb. 5, when the top five players for the live ESPN finals on Sunday, Feb. 7 at 2 p.m. EST will be decided.

Xtra Frame subscribers will also have access to coverage of the live PBA Hall of Fame induction ceremonies and presentation of 2015 PBA award winners on Monday, Feb. 1, beginning at 8 p.m. ET from the Grand Casino Hotel & Resort Event Center in Shawnee, Okla.

Bowling fans will have an opportunity to witness another chapter in Oklahoma’s PBA bowling history on Sunday, Feb. 7, when the finals of the FireLake PBA Tournament of Championships are contested, live on ESPN, at 1 p.m. local time on special lane installation in the FireLake Arena in Shawnee.

Tickets for the finals are available in advance (http://www.cpnboxoffice.com/event?eventid=85), or at the door. FireLake Arena is on the south side of Shawnee, across the parking lot from FireLake Bowling Center where the preliminary rounds of the TOC will be contested.

This is the first PBA Tournament of Champions to be contested in Oklahoma, but the fifth PBA major championship to be decided in Oklahoma. The United States Bowling Congress Masters has been held in Oklahoma three times: 1976 (Nelson Burton Jr.) in Oklahoma City, and 1985 (Steve Wunderlich) and 1992 (Norm Duke) in Tulsa. Boulevard Lanes in Edmond hosted the 1989 U.S. Open, won by Mike Aulby. 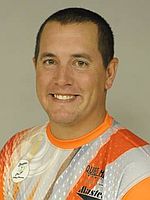 Rhino Page (pictured), a three-time PBA Tour titlist and PBA’s 2008 Rookie of the Year, added the 2015 George Young PBA High Average Award to his resume this week as official stats for the 2015 season were released.

Click here for a complete summary of 2015 PBA Tour stats. 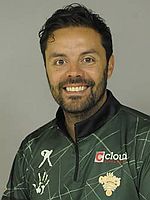 As the announcement was being made live on PBA’s Xtra Frame online video-streaming service by PBA Commissioner Tom Clark, Belmonte was in a hospital in Orange, New South Wales, Australia, with wife Kimberly, awaiting the birth of his third child.

“I wasn’t watching; I was with Kimberly when I heard my phone blow up with a lot of messages,” Belmonte said. “I knew it was either really good news, or really bad. I saw it was great news, and immediately thought it would be the second-best news of the day.” 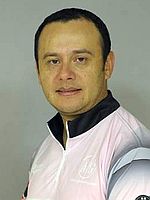 “I’m in no way close to the realm of talent of those three gentlemen (Williams, Anthony and Roth),” Belmonte added, “but they are the benchmark I strive for. The ones who walk before show us what greatness looks like. I want to be great, and those guys inspire me to maybe one day get there.”

The now 58-year-old Gant, a powerful left-hander in his prime, now lives in Boston – where his granddaughter lives – and is pondering a return to PBA50 competition.

“I plan to bowl some PBA50 regionals, some of the PBA50 national stops this summer,” he said in an email. “My main goal is to see how competitive I am, take it from there.” 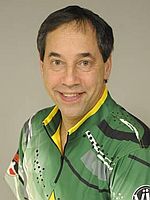 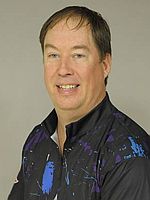 Teams in the PBA Central Region’s first tournament of 2016 included one bowler age 50 or older, and one bowler under the age of 50. The title was the 25th for each player in their lengthy PBA Regional careers. They also split a $4,000 first prize.

Bohn and Allen blanked Jeff Shrum of Cherryville, N.C., and Charles Fischerkeller of St. Clairsville, Ohio, 2-0, while Gran and McCune swept Ron Profitt of Brookville, Ohio and Diana Zavjalova of Beavercreek, Ohio, 2-0, in the best-of-three semifinal round to set up the championship match.

A record 42 Chinese bowlers participated in the 6th Longmarch PBA Pioneers League at Longmarch Bowling Center in Shanghai Jan 4-6, and after 36 games in 3 days, eight bowlers established averages of 200 or higher to qualify for PBA membership.

Included in the group was 22-year-old Chinese national team member Peng Rui, who averaged 208.6 to become the first woman to qualify for PBA membership since the Pioneers League program was introduced two years ago.