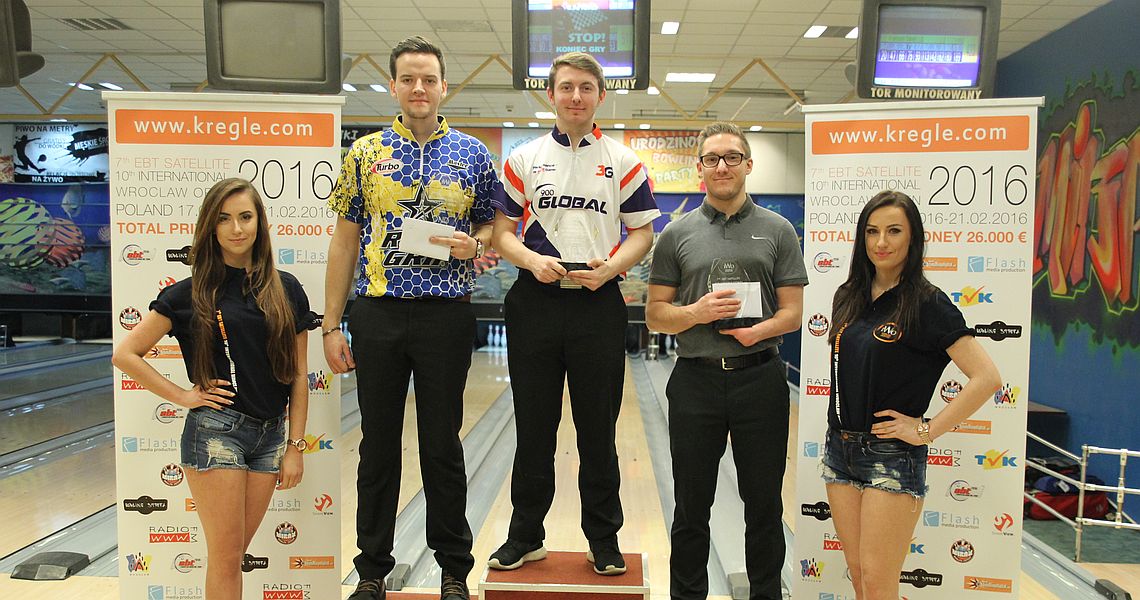 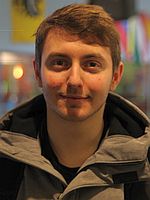 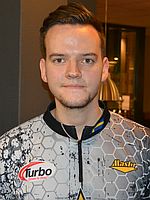 Morgan, the No. 2 seed and the only player in the finale, who hasn’t rolled a 300 game in the tournament, fired games of 258 and 253 to defeat top seeded Daniel Fransson (right) of Sweden in the title match, 511-423, over two games total pins. 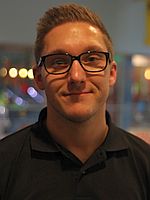 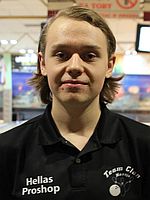 Fransson, who won the Hammer Bronzen Schietspoel Tournament 2016 two weeks ago, was targeting to become just the fourth player in the history of the European Bowling Tour to win back-to-back titles and the first since Paul Moor of England in the 2007 season. He earned 2.750 Euro for second place.

Morgan flew past Steffen Petersen (left) of Denmark in the semifinal match, 257-226, to earn the right to bowl Fransson for the title. Petersen, seeded third, ousted Alfred Berggren (right) of Sweden in the opening match, 243-188. Petersen received 2.100 Euro for third place and Berggren got 1.800 Euro for fourth place. 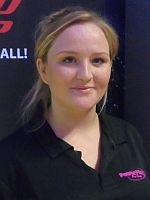 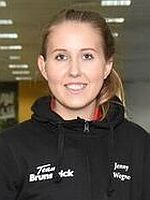 Fransson, Petersen and Berggren rolled three out of six 300 games in the tournament. Petersen had the fourth perfecto in squad 14, Fransson rolled the fifth in Round One and Berggren accomplished the feat in Round Two. Robin Persson of Sweden (squad 7), Anders Lousdal of Denmark (squad 8) and Autum Chamberlain (left) of England (squad 11) had the others. Chamberlain was the lone women to shoot 300.

2015 WBT women’s point ranking leader Jenny Wegner (right) missed the cut to the stepladder finals by 62 pins in fifth place. She was the best of 22 women in the 104-player field from 16 countries.

Two-time defending champion Kamilla Kjeldsen of Denmark was among the six women, who made the qualifying cut, but was eliminated in Round One to land in 36th place. Jaroslav Lorenc of Czech Republic, who lost to Kjeldsen in both years to finish in second place, made the cut to round robin but had to settle for eighth place. 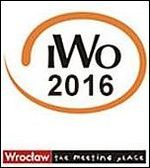 The 10th International Wroclaw Open was the fourth stop of the 2016 European Bowling Tour and the second of six EBT “Satellite” events this season, the lowest of the four EBT categories.

The IWO was held from Wednesday, Feb. 17 through Sunday, Feb. 21, 2016 at Galeria Rozrywki Miraz, a 10-lane bowling center in Wroclaw, Poland. 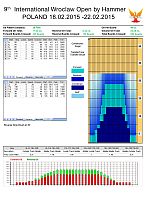 The tournament was contested on the same lane conditioning pattern as in 2015, a 39-ft. pattern with 23.28ml volume oil total. Click image for larger view.

The top 40 players from the overall qualifying standings advanced to the finals on Sunday Feb. 21. The qualifying pinfall carried over. The finalists were divided into two squads (places 21-40 and 1-20), who bowled a four-game block after which the field was cut to the top 20.

Those 20 bowled another four games before the cut to the top 8 who advanced to seven games of round robin match play. All pinfall carried over into round robin, where bowlers earned 20 bonus pins per win, 10 for a tie, and 5 bonus pins for each game between 250 and 300. The top 4 advanced to the stepladder finals.

The No. 4 seed bowled the No. 3 seed, the winner took on the No. 2 seed and the winner of that match earned the right to bowl the No. 1 seed for the title. The opening match and the semifinal match were decided in one game, while the championship match featured two games decided by total pinfall.

The 2016 European Bowling Tour will take a three-week break before heading to Munich, Germany, for the 103.000 Euro Brunswick Euro Challenge, an EBT “platinum” event, which will be held from March 13-20 at 52-lane Dream-Bowl Palace. 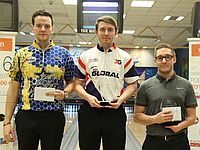 Top 4 advance to the Stepladder Final.