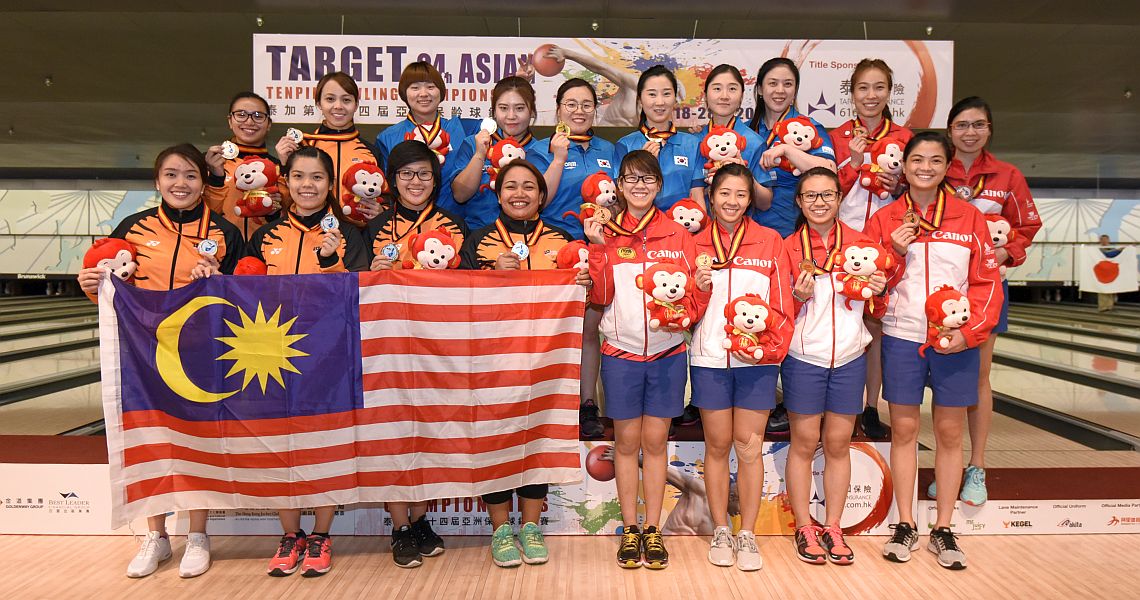 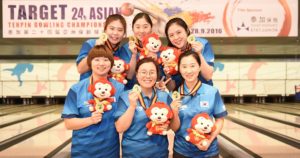 The Korean women’s team posted the highest block on medium oil (3084) and on the long pattern (3325) to win the gold medal in the five-player team event at the Target 24th Asian Tenpin Bowling Championships in Hong Kong, China.

Singles champion Jung Da Wun and fellow doubles silver medalist Baek Seung Ja teamed with Son Hye Rin, Jeon Eun Hee and Kim Min Hee, who replaced Hong Hae Ni after the first block (pictured rigth), to bowl games of 1085, 1097 and 1143 Monday at SCAA bowling center to weather a strong charge by Malaysia to hang onto the lead with 6409 total and an average of 213.63. 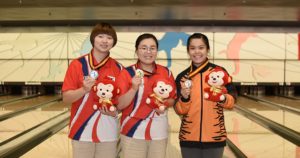 Jung (middle; 256) and Baek (left; 278) finished on a high note to lead the team to the gold medal and to secure gold and silver in all-events (total pinfall in singles, doubles, trios and team event). 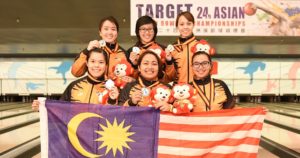 Esther Cheah (above right) led the Malaysian squad (right) to the silver medal and to beat out trios gold medalist Mirai Ishimoto of Japan for the bronze medal in all-events by one pin, 5011 to 5010. 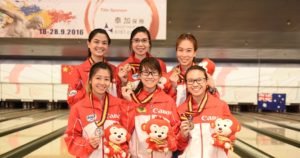 It took an average of 201.79 over 24 games to make the cut to the masters. Korean standout Jeon Eun Hee took the 16th and last place to advance with 4843 total.

The masters competition concludes the Target 24th Asian Tenpin Bowling Championships. The top 16 women in all-events bowl eight games on long oil on Tuesday and eight games on medium oil on Wednesday before the cut to the top 3 who bowl for the medals in a stepladder final.

The Target 24th Asian Tenpin Bowling Championships will be held from Sept. 18-28, 2016 at the South China Athletic Association Bowling Center in Hong Kong.

20 athletes, 135 men, 65 women, from 24 member federations of the Asian Bowling Federation (ABF) participate in the event, which also serves as the qualifier for the 2017 World Bowling World Championships and the X World Games 2017.

Singles (six games on medium oil) and doubles (six games on long oil) will be contested on one oil pattern, while trios (long/medium) and team (medium/long) will feature both oil patterns (three games on each pattern). The player/team with the highest pinfall total after six games will be declared the champion.

The top 3 in all-events (24 games; total pinfall in singles, doubles, trios and team event) receive gold, silver and bronze medals. The top 16 in all-events advance to the masters finals. The top 3 after two eight-game blocks, each block on a different pattern, will determine the champions in the stepladder final.

The top 12 teams qualified for the 2017 World Championships for men and women, to be held December 4-18 at Cozmo Bowling Center in Salmiya, Kuwait. This was determined by the all-events total of the top five players.

Additionally, the top five countries qualified for the X World Games 2017, which is held every fourth year and next will be contested July 20-24 at Sky Bowling in Wroclaw, Poland. This was determined by the all-events total of the top two players for each country. 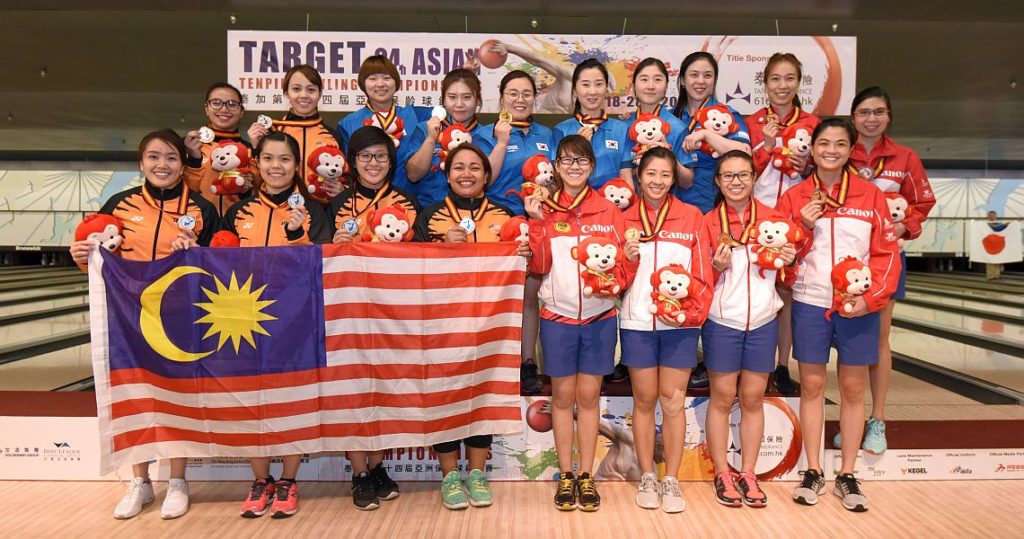 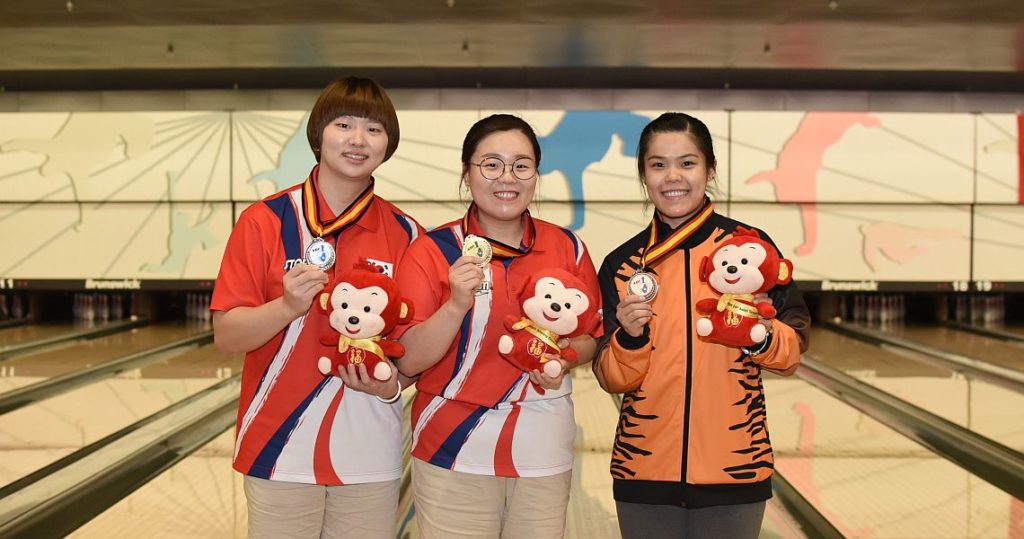 Top 16 advance to the Masters finals