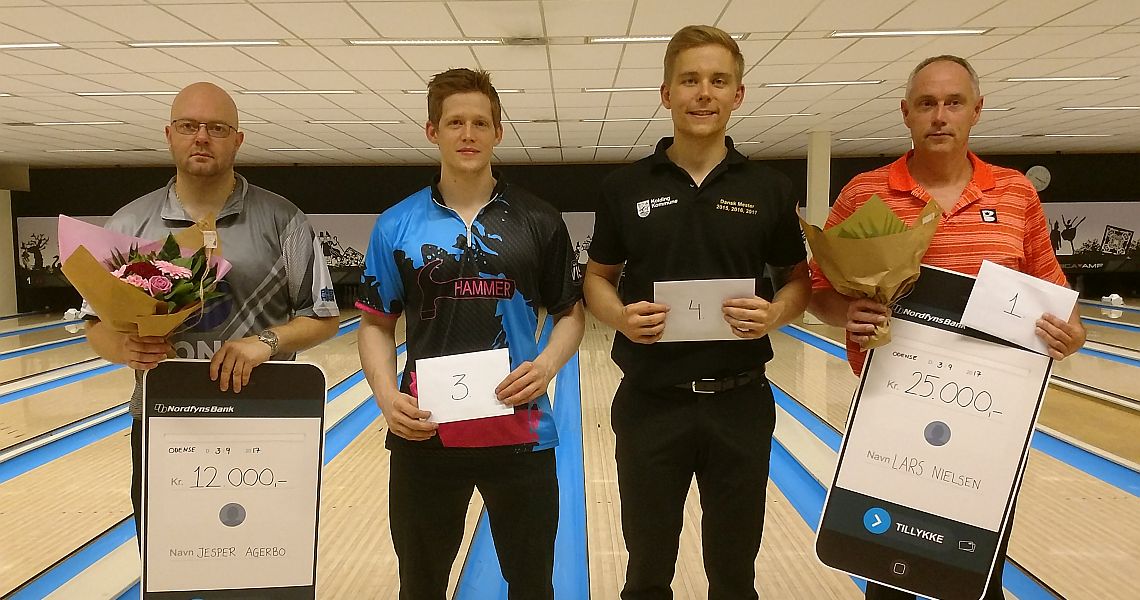 Nielsen, who eliminated tournament leader Thomas Larsen of Denmark on his way to the title match, received 25.000 Danish Kronor or approximately 3.360 Euro for his victory. Seven-time European champion Agerbo, who was also looking for his first EBT title, received 12.000 DKK for second place.

Larsen finished fifth and was followed by Francois Louw of South Africa, Mikael Brændeskov of Denmark and Ghanim Aboujassoum of Qatar. Sanna Pasanen of Finland was the best woman in 10th place.

The Odense International 2017 is the ninth stop of the 2017 European Bowling Tour and the second of three EBT “Satellite” tournaments this season, the lowest of the five EBT categories. The tournament will be held from August 27 through September 3 at 20-lane Odense Bowling Center in Odense, Denmark.

Total 32 players qualified for the finals, including the top 24 players from the overall qualifying standings, the top two players each from a separate leaderboard of squads 1-4 and 5-8, who are not among the top 24, one player each from the Turbo 1 and 2 list and the top 2 players of the Desperado Squad.

The Turbo 1 and 2 winners are the players with the highest score in the fifth (Turbo 1) and sixth (Turbo 2) game in any of the qualifying series (optional; extra entry fee required).

All 32 finalists bowl six games. The top 16 with the highest six-game total including bonus pins and women’s handicap advance to the second round with the total pinfall carried forward.

The next stop for the 2017 European Bowling Tour will be Bowling Scheveningen in The Hague, Netherlands, September 9-17 for the Scheveningen Dutch Open, an EBT “Satellite” event.