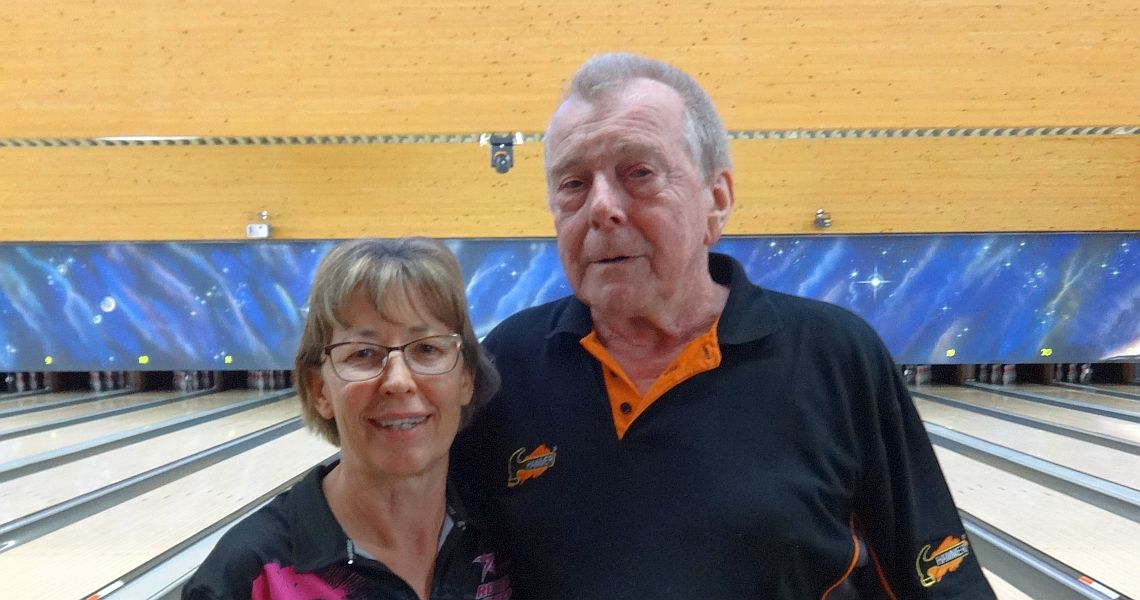 03 August, 2016
Senior Tour
2953
Ads
Germans Martina Beckel and Horst Albert took the titles at the 5th Senior Open at Dream-Bowl in Böblingen, Germany. The fifth stop on the 2016 International Seniors Bowling Tour (ISBT) was the second visit of the year to Germany. The tournament attracted an entry list of 87 men and 20 women.

The format was a single six-game qualifying block, with unlimited re-entries. For those not able to qualify through the main leaderboard, there were additional opportunities through Turbo games, Early Bird qualification, Scratch scores and a Desperado squad.

Bowling started the weekend before the finals day, with four squads being held. Strong performances by Berny Stöckl (1434) and Hermann Wimmer (1422) in the men’s section, and Vera Stepper (1198), all from Germany, in the women’s section ensured they would make the finals through the Early Bird qualification, if not through the overall ranking.

There was only one squad on Wednesday, with top scores being posted by Wolfgang Emmerich (1359) and Marett Schiller (1180), also from Germany. The two squads on Thursday showed that scoring was not easy for most of the field, with high totals few and far between. Dominique de Nolf of Belgium totaled 1357 to be the only player over 1300 for the day.

Friday saw an improvement in the scoring pace, led by two Belgians – Roger Pieters with 1473 and Giorgio Desimio with 1420, and two Italians – Santo Provenzi with 1384 and Loris Masetti with 1371.

In the women’s section, Martina Beckel, a multiple ISBT champion who won the 50+ Euro Bowling Open in Antwerp, Belgium, this season, easily jumped to the top of the standings with a consistent block for a 1332 total.

There were three squads on the final day, the first was a very early start led by Alan Keddie of Scotland with 1404, ahead of Chris Scudder of England with 1367. There was more good scoring in the second squad, led by Peter Panas with 1431 and Petra Duplois, both Germany, with 1247 in the women’s section. The final squad was won by Scudder with a slightly improved 1373.

For those who had failed to qualify through the overall standings, or the Early Bird, Scratch and Turbo listings, there was still an opportunity to make the finals through the one-game Desperado squad.

Eleven men and two ladies took part, and Robert Vallons of Belgium started best with the first four deliveries all resulting in strikes. He kept going through the game to finish with 256, just 4 pins ahead of Dieter Rau of Germany (252), both men would now qualify for the finals. In the women’s section, Tassanee Weber of Thailand just squeezed through with a 175 game.

Overall qualifiers 19 to 24, plus all the other qualifiers from the other sections had an early start on Sunday, bowling a four-game block, with only 10 progressing to the next round. Horst Albert was top with 966, well clear of the rest of the field.

In the second final round over 6 games, Albert again led the way with a fine 1401, ahead of Stöckl and men’s winner in Antwerp, Steven Jeeves of England. Only eight players would make the next round, last bowler to make the cut was Steve Carnell of England) with 1331, just pushing out compatriot Scudder by five pins.

In the women’s first final round, Marianne Pelz of Germany had a four-pin lead over Beckel with 1256, with Karin Lischka of Germany just two pins further behind. As with the men’s section, the top eight would bowl a further three games with pinfall carrying through to determine the top four for the final round.

In the men’s section, Albert retained his lead with 3312, ahead of Pieters, Carlo Greulich of Germany and Stöckl. The four women who would make the final were Germans Beckel, Stepper, Pelz and Lischka. 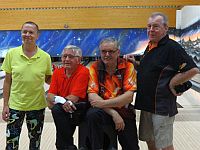 The final rounds were single game elimination, all the remaining players played one game, and the lowest was eliminated. First to fall in the men’s section was Pieters, thanks to an unusual single pin miss.

In the next game, Stöckl clearly led from Albert, with Greulich falling away after failing to master the carry, including leaving a 5-7-10 ‘lily’. The final ended up a little one sided, with Horst Albert having a string of strikes to win, 251-228, to become champion and secure his first ISBT title. Stöckl and 2014 winner Greulich finished second and third for the second consecutive year. 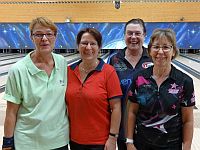 In the women’s section, Pelz was the first to fall. The second game saw Stepper lose by just three pins to Lischka, with Martina Beckel again well ahead. In the final game, Martina Beckel was just too strong and won by 213 to 197 to become the first multiple champion this season.

The next stop on the 2016 tour is the Dutch Senior Open Chandra Bowling in Nieuwegein, Netherlands. The tournament runs from August 3-7. Full details are available at the ISBT website. 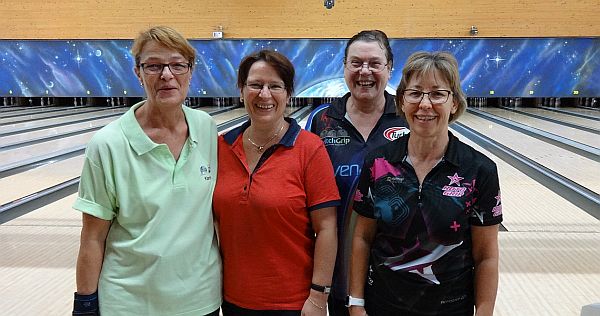 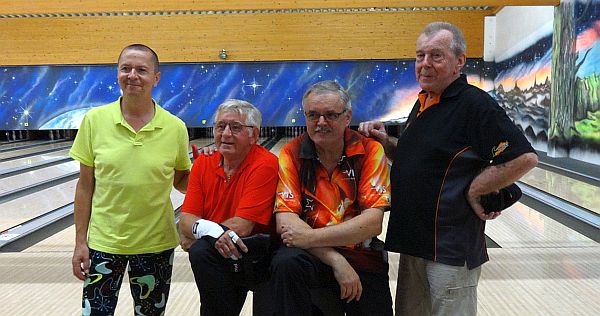