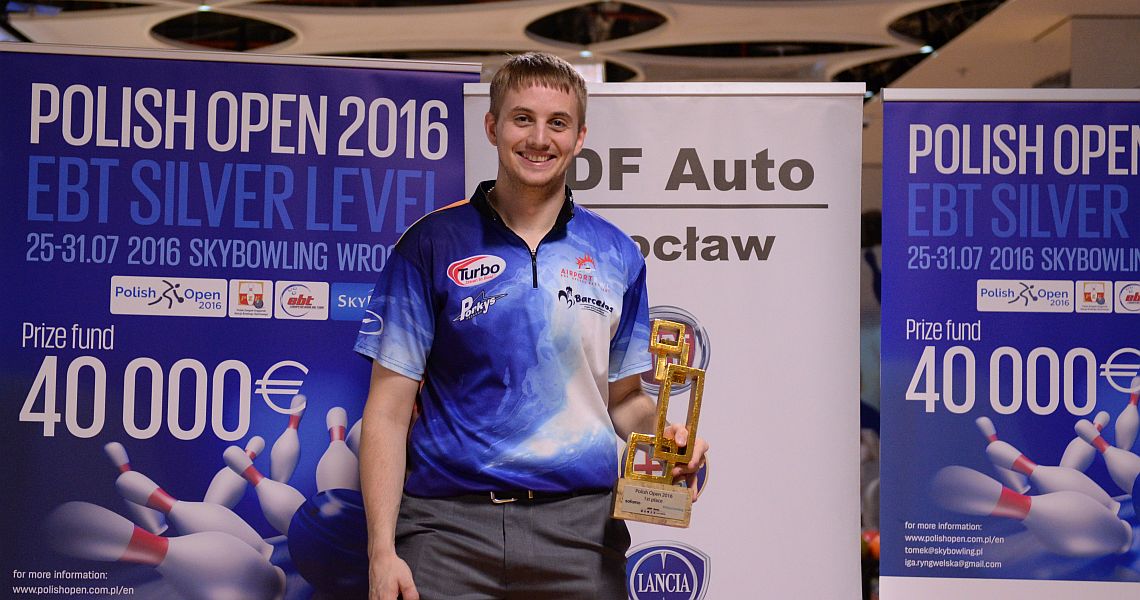 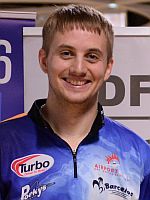 Richard Teece won his third European Bowling Tour title and became the first multiple champion on the 2016 EBT when he defeated Aidas Daniunas of Lithuania and Finland’s Jari Ratia in the final round over two games total pins to walk away the winner in the Polish Open presented by Roto Grip Sunday at Sky Bowling in Wroclaw.

Teece (above and left), who won his first EBT title one year and five days ago in the Track Dream-Bowl Palace Open and the second title last month in the Odense International, averaged over 230 in the Round of 20, including high games of 279 and 266, to earn the No. 1 seed for the three-player group finals. 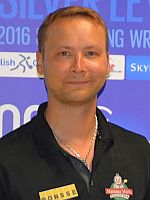 Richard, whose brother Ray won his first EBT title in the Brunswick Madrid Challenge, also in June, carried the momentum into semi-final round in which he used a 297 second game to eliminate Danes Thomas Larsen and Tim Stampe, 502-451-340. 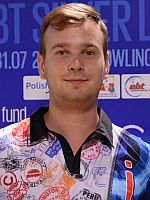 In the third group, Daniunas (left) posted 236 and 229 to hold off 13-time EBT titlist Osku Palermaa of Finland and Francois Louw of South Africa, 465-456-382. The three group leader advanced to the final showdown. 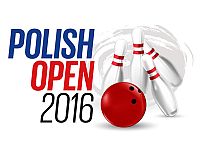 The Roto Grip Polish Open was the 11th stop of the 2016 European Bowling Tour and the last of four EBT “Silver” tournaments this season. The inaugural Polish Open last year was conducted as “satellite” tournament. The second edition was held from July 25-31 at 24-lane Sky Bowling in Wroclaw, Poland, host of the 2012 and 2014 QubicaAMF Bowling World Cups.

Total 40 players qualified for the finals. The top 10 qualifiers earned two byes, while qualifiers 11-20 got a first-round bye. The remaining 20 players advanced to the first of two four-game rounds which trimmed the field to 30 and then 20 players.< Those 20 bowled a five-game round before the cut to the top 9, who were split into three groups (Group 1: 1, 6 and 7; Group 2: 2, 5 and 8; Group 3: 3, 4 and 9). In each group the athletes bowled two games with the total pinfall to determine the positions. The three group leaders advanced to the final round. The runner-ups were ranked 4th to 6th and the second-runner-ups were ranked 7th to 9th according to their seeding after Round Three. The three remaining players bowled for the title using the same two games total pins format.

The EBT takes a seven-week break before heading to Chandra Bowling in Nieuwegein, Netherlands for the Chandra Open 2016 Sept. 11-18, 2016. 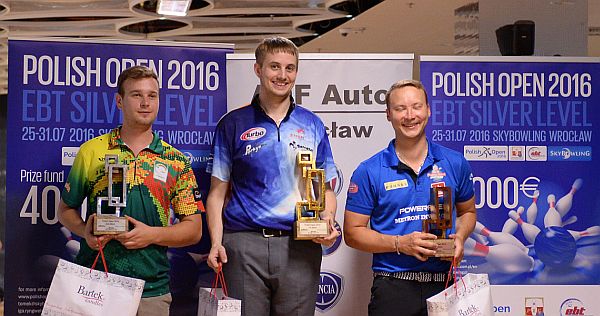 Two-game round decided by total pinfall

« USA sweeps Team as 2016 Tournament of The Americas concludes