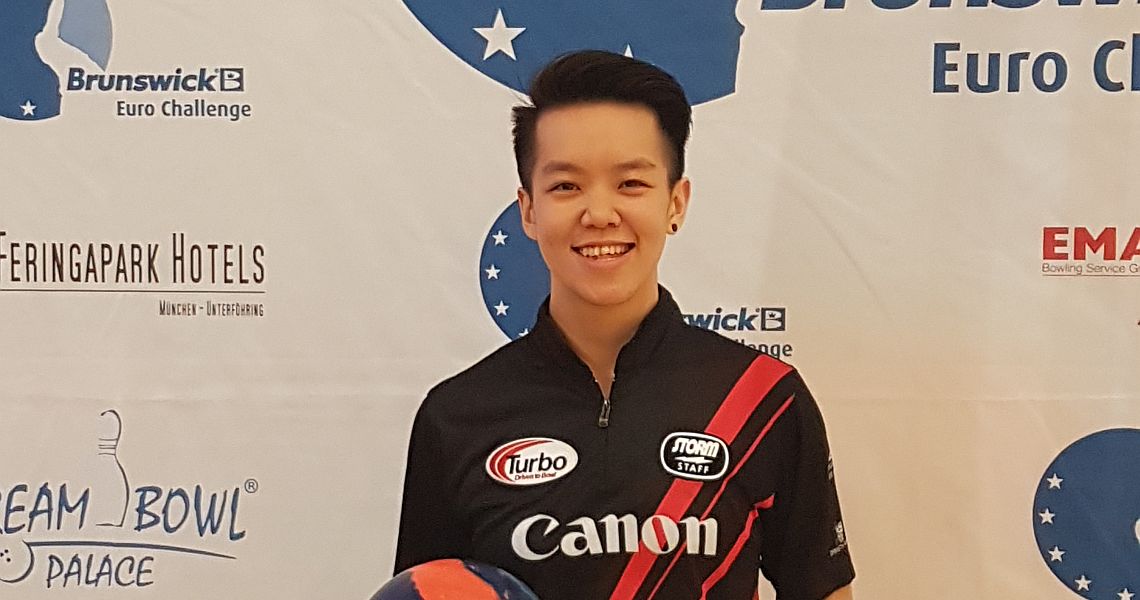 Ng toppled 1499 pins, an average of 249.83 for six games, and received eight pins handicap for each game but the 300 in the opening game (max is 300). Ng’s perfecto was the second of record 14 300 games in this tournament, 12 recorded by men and two by women. Last year’s event featured 10 perfect games, nine in qualifying and one in Final Round 1.

The PBA record for the most 300s in one tournament by all players was set Dec. 8-13, 2009, in the Red, White and Blue Open presented by USBC when 31 300 games were posted at Northrock Lanes in Wichita, Kan.

The top 9 qualifiers remained unchanged in Saturday’s squads 15-18. Only two players of squad 17 cracked the top 12, who received a first-round bye for Sunday’s finals. 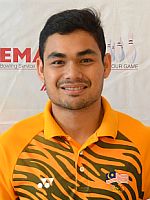 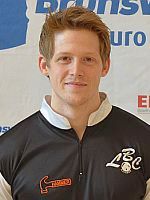 Tomas Käyhkö of Finland remained in sixth place with 1489 and Carsten Warming Hansen (right) of Denmark was in seventh place with 1483. Hansen led the second squad on Saturday, 16th overall, with 1452.

Stuart Williams of England was eighth with 1478 and Daniel Fransson of Sweden ninth with 1469. 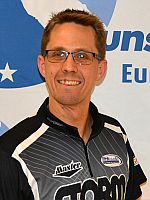 Eight-time European Bowling Tour champion Martin Larsen (left) of Sweden finished squad 17 with a 238 triplicate to jump into 10th place with 1465. Italian Antonino Fiorentino was just one pin behind to move into 11th place with 1464.

Squad 3 leader Yannaphon Larp-apharat of Thailand took the 12th and last place to earn a bye with 1460 and an average of 243.33. Andres Juliusson of Iceland, who was third in squad 17 with 1457, finished qualifying in 13th place. 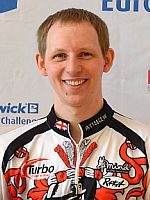 Squad 15 leader Ray Teece (right) of England made the first cut in 24th place, while Martin Paulsson (below left) of Sweden, who hit the cutoff number last year with 1385, led the last squad 18 with 1423, finished in 43rd place. 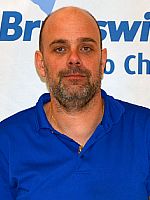 Anders Lousdal of Denmark (squad 15), Adrian Ang of Malaysia and Dan Balsom of England (both squad 16) and Santtu Tahvanainen of Finland (squad 17) brought the number of 300 games to 14. 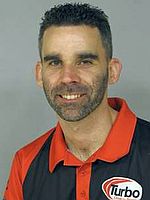 All players but the top 12 will return to the lanes on Sunday morning at 9 a.m. Central European Summer Time (CEST). The Round of 28 is slated for 11.30 a.m. and round robin match play swill start a 2 p.m. The Stepladder finals are set for 5 to 6 p.m. with the award ceremony to follow immediately after the title match. 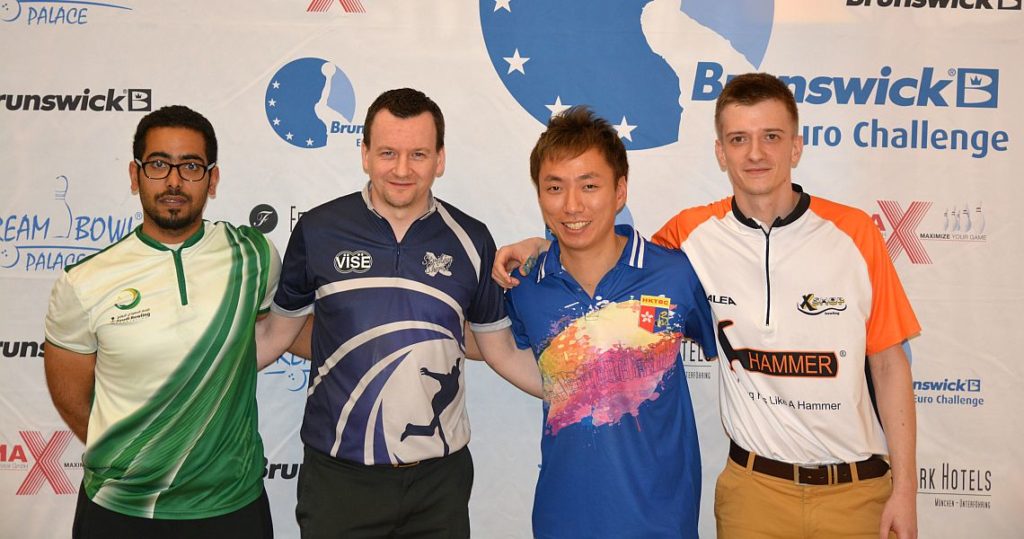 The top 4 of the Desperado Squad from left to right: Abdullah Dulijan, Paul Moor, Wu Siu Hong and Jan Macek.

Total 64 players qualified for the finals on Sunday, March 26, including the top 50 in the overall qualifying standings, the top 5 each from a separate leaderboard of the squads conducted March 21-22 and 18-19, and the top 4 of the Desperado Squad.