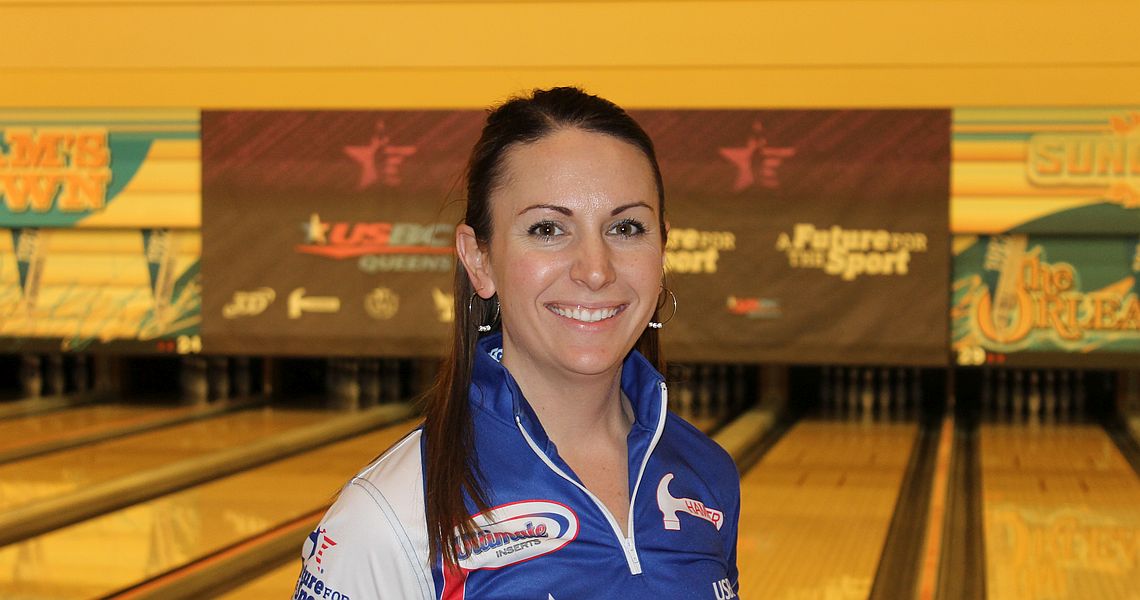 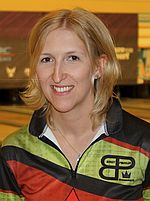 After four days of competition at the 2016 United States Bowling Congress Queens, only 16 players remain in contention for the coveted tiara and $20,000 top prize, which will be earned live on CBS Sports Network on Thursday at 8 p.m. Eastern.

Among the undefeated competitors after the opening round of match play Tuesday are top seed Birgit Pöppler (pictured left) of Germany and Team USA member Stefanie Johnson (above) of Grand Prairie, Texas, who each have had very different experiences this week at The Orleans Bowling Center in Las Vegas

Pöppler led the field of 256 competitors by averaging more than 240 through 15 games of qualifying but needed to rely more on her spare game Tuesday as she averaged nearly 215 in her three wins, including a 644-609 victory against Kaidee Sutphin of Mount Dora, Florida, to remain in the winners’ bracket.

“I always started pretty well in the first game and was able to build a lead,” said Pöppler, whose 15-game qualifying mark of 3,601 was the second-highest in tournament history.

“I wasn’t striking as much, so I just tried to make my spares and stay patient. For tomorrow, I’m going to try to do what I did today and stay patient. Hopefully, I can keep it going. I might need to strike more tomorrow.”

Johnson did not record a game higher than 226 in her first 13 games of qualifying but fired 279 and 240 in her final two games to edge her way into the double-elimination match-play bracket in the 53rd position.

Johnson continued to show a flair for the dramatic in match play, defeating Singapore’s Jazreel Tan in a roll off after the two tied at 674 in the opening round of match play.

In her last match Tuesday, Johnson delivered two strikes and nine pins in the final frame to hold off a charging Kelly Kulick of Union, New Jersey, 687-686. Kulick, a two-time USBC Queens champion, fired a 278 in the final game.

“I tried a couple of different things throughout qualifying but just never saw the picture,” said Johnson, the 2015 Professional Women’s Bowling Association Rookie of the Year.

“I had nothing to lose, so I ended up making a big move right with a great ball choice and never looked back. Today was not an easy road. Two of my matches came down to the final frame, and being able to perform in those moments just reminds me of why I do what I do. Those are the moments you prepare for and want to be in.” 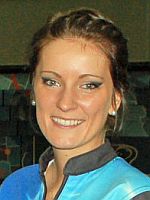 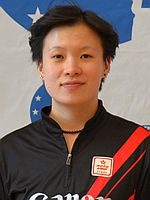 The double-elimination bracket started with the 64 bowlers who advanced through three rounds of qualifying, and now only 16 remain with the opportunity to advance to Thursday’s stepladder finals. 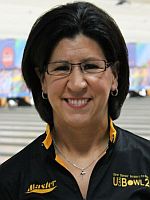 Defending champion and USBC Hall of Famer Liz Johnson (right) of Cheektowaga, New York, won her opening match but lost her next two matches to be eliminated. Her run at a third Queens title ended after she fell to 2015-2016 National Collegiate Bowling Coaches Association Most Valuable Player Brittany Smith of Des Moines, Iowa, 646-625. 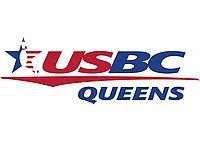 Match play will continue Wednesday at noon Eastern live on Xtra Frame, the online bowling channel for the Professional Bowlers Association. To subscribe to watch the action on Xtra Frame, visit XtraFrame.TV.

The final two players in the winners’ bracket Wednesday will meet in a three-game match, with total pinfall determining the top seed for the stepladder finals.

The final four competitors in the elimination bracket will face off in a shootout round to determine the No. 3, No. 4 and No. 5 seeds for the show. The highest three-game set from the round will earn the third seed, the second highest will be seeded fourth and the third highest will earn the final spot in the stepladder. The lowest series will be eliminated and finish in sixth place.

The Queens is the first major of the 2016 PWBA Tour season. For more information on the USBC Queens, click here.