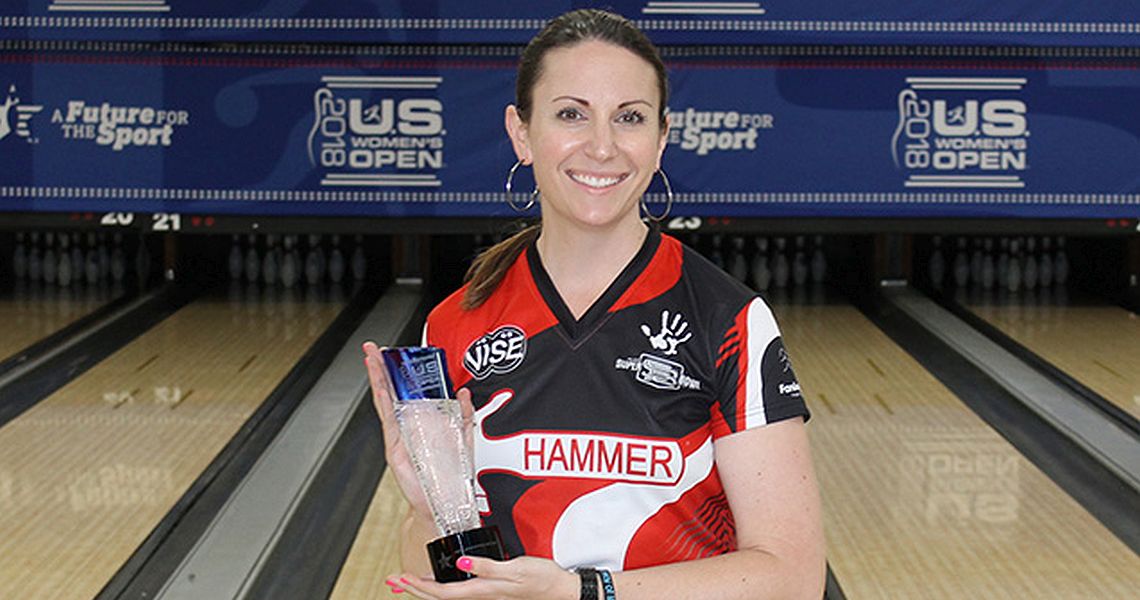 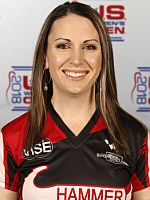 Stefanie Johnson of McKinney, Texas, started a little slow during Tuesday’s second round of qualifying at the U.S. Women’s Open, but a strong finish allowed her to keep the lead for another day.

Bowling on the second squad of the day, Johnson (featured photo) finished her eight-game block at Boardwalk Bowl in Orlando, Florida, with a 279 game for a 1,736 total. While her 217 average on Tuesday was a little off the pace she set in the opening round, her 3,579 pinfall total was enough to hold off Shannon Sellens of Copiague, New York, for the lead.

“Today didn’t start out of the gate very well,” Johnson said. “The key for me today was staying patient. It got me to that big game at the end.”

“I watched a lot yesterday, so I kind of had an idea how people were playing the lanes,” Sellens said. “My definite goal is to make match play because I did not make the cut last year. I really wanted to come back and have a good showing and make all my spares. Literally, through 16 games, I’ve missed one, so that’s a win in my book.” 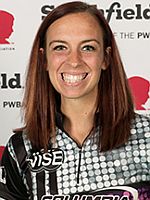 Branka posted two 278 games and averaged 233 during the final squad of the day to move from 62nd into eighth. Her 1,867 set not only was the highest for all squads, it was 251 pins more than her opening-round block.

“I used the same ball the whole block and just kept creeping left,” Branka said. “Luckily, I was able to carry a lot, and I was mostly clean. That was a big thing. I had quite a few clean games today, unlike yesterday. I knew I had to have somewhat of a big block.” 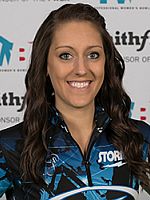 “Other than that, I just kind of grinded,” said McEwan, who moved from 65th to 11th. “I had a couple of low games in there where I got lost in transition. I took good notes and, hopefully, I’ll see fresh (conditions) again later in the event and not make the same mistakes.”

Four-time defending champion Liz Johnson (left) of Palatine, Illinois, followed her opening set of 1,740 with a 1,759 set and sits in sixth place with a 3,499 total.

Competitors in the 2018 U.S. Women’s Open will bowl their third eight-game qualifying block Wednesday after which the field will be cut to the top 36 players for the eight-game cashers’ round.

The 32-game pinfall totals will determine the 24 bowlers for round-robin match play. Players earn 30 bonus pins for each win in match play and the 56-game totals will decide the five players for the stepladder finals.

Xtra Frame, the online bowling channel of the Professional Bowlers Association, is live streaming all preliminary rounds of the U.S. Women’s Open, with CBS Sports Network providing live coverage of the stepladder finals on Saturday, June 30 at 5 p.m. (Eastern).