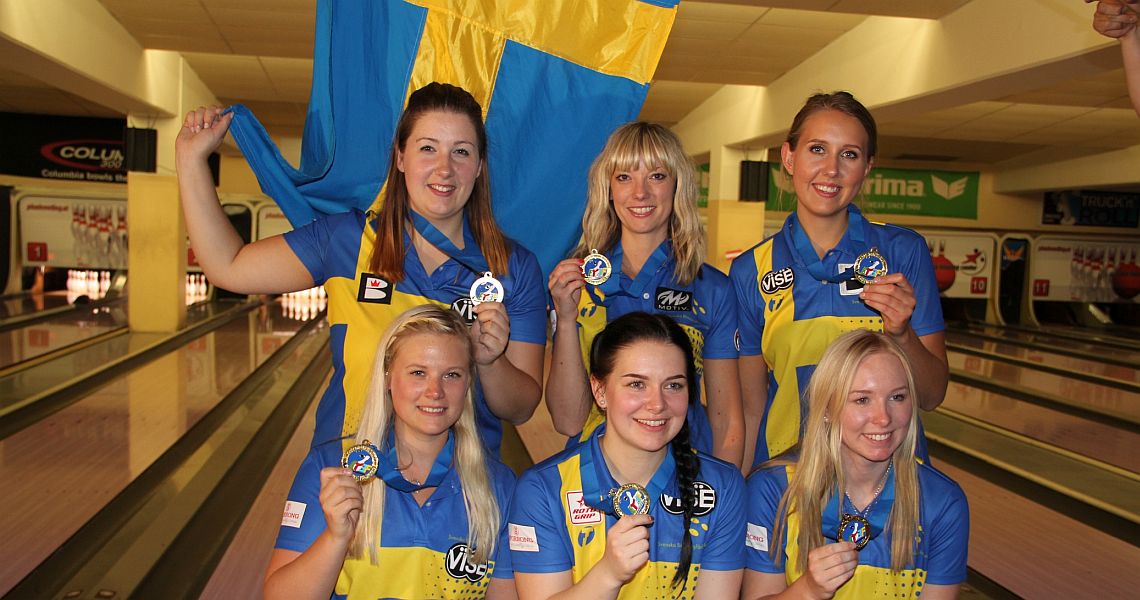 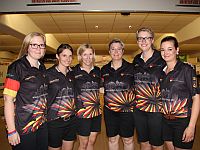 Sweden averaged over 220 in the medal round of the five-player team event to capture the coveted team gold medal at the Women’s European Championships Friday afternoon at Plus Bowling in Vienna, Austria.

In the title match against top-seeded Germany (right), All-Events champion Jenny Wegner, doubles champions Nina Flack, Joline Persson Planefors and Ida Andersson and Sandra Andersson posted their third 1100-plus series of the day for a 1104-1019 victory to win the third gold medal for Sweden in this Championships. 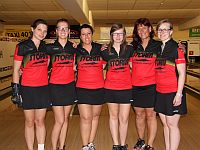 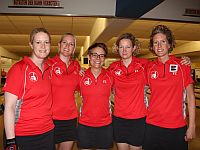 The Swedes, who rolled an 1157 set in the second block of qualifying earlier today en route to earn the No. 2 seed, had some hard work to do before defeating No. 3 Denmark (right) with Britt Brøndsted, Kamilla Kjeldsen, Mai Ginge Jensen, Anja Ginge Jensen and Rikke Holm Agerbo in a high-scoring encounter, 1107-1077.

Germany had to settle for silver, while Denmark and Belgium shared the bronze medal. It was the first medal for Belgium and the second bronze for Denmark after the trios event. Sweden and Germany (1-3-3) have medaled in all five events so far. Sweden leads the medal tally with 3 gold and 2 bronze, while Germany has the most medals (7) including 1 gold, 3 silver and 3 bronze.

Birgit Pöppler of Germany used the highest individual series in the team event (1371) to leap into second place and to earn the silver medal with 5178 (215.75). Her fellow countrywoman Nadine Geißler was further 63 pins behind to take the bronze medal with 5115 (213.13).

Action shifts to Masters match play, which will conclude the championships on Saturday. The top 24 players in All-Events qualified for the event in single-elimination best-of-three games format. Wegner, Pöppler, Geißler and the next five players receive a first round bye. 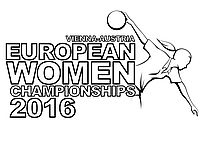 The 2016 Women’s European Championships will be held from June 10 to 18 at Plus Bowling in Vienna, Austria.

Each team consists of maximum six players, who compete for gold, silver and bronze medals in Singles, Doubles, Trios, five-player Teams, All-Events and Masters in the nine-day competition.

Singles, Doubles, Trios and Team events features six games preliminaries with the top 4 advancing to the playoffs in one-game format, seeded 1 to 4 according to their position in qualifying. No. 1 bowls No. 4 and No. 2 takes on No. 3. The winners bowl for gold and silver and the losers share the bronze medals.

The top three players with the highest 24-game total (combined results of the Singles, Doubles and Team preliminaries) receive the medals in All Events.

The top 24 in All-Events advance to single-elimination Masters match play in best-of-three games format. The top 8 receive one bye.

The 2016 Women’s European Championships serve as the qualifying event for female bowlers competing in the X World Games 2017 in Wroclaw, Poland. The top 5 countries with the two highest positioned players in All-Events qualify for the World Games. The bowling competition will be held July 20-24 at Sky Bowling. 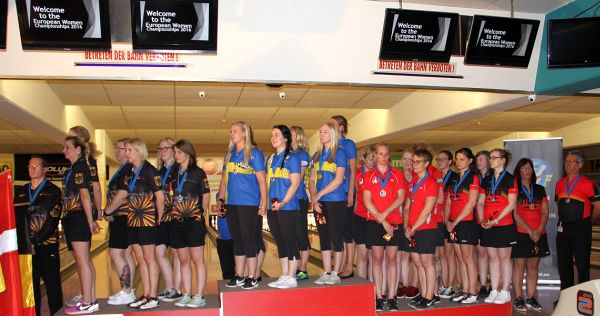 Top 4 players advance to the medal round